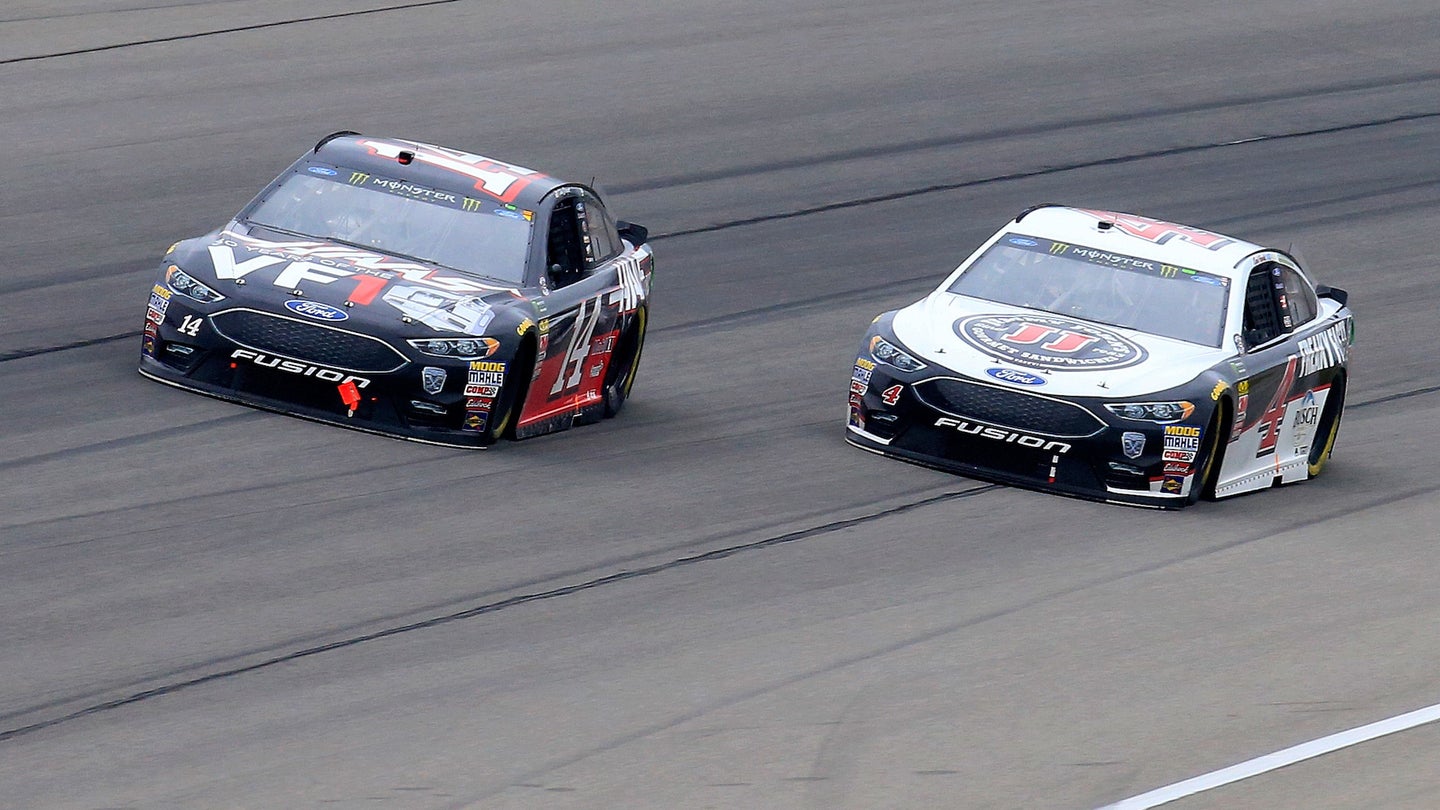 Stewart-Haas Racing has made personnel changes that affect all four of its Monster Energy NASCAR Cup Series teams—the No. 4 of Kevin Harvick, the No. 10 of Aric Almirola, the No. 14 of Clint Bowyer and the No. 41 of Kurt Busch—ahead of Sunday’s Foxwoods Resort and Casino 301 at New Hampshire Motor Speedway in Loudon.

“I’m excited to see how the changes change my program, not only mine, but the 41 and the 4,” Bowyer said on SiriusXM NASCAR Radio on Thursday. “We’ve all had some changes, some minor changes, nothing’s major. I don’t think we have a major problem. We just got to get it nipped in the bud here with seven races to go before the pay window opens in the playoffs.”

Bowyer expressed displeasure in his pit crew’s performance during the Quaker State 400 at Kentucky Speedway in Sparta on July 14.

“Can’t maintain the position one damn time on pit road. It’s about ridiculous. I’m tired of it,” Bowyer said via radio during the race. “I’ve had enough. Three spots every damn time I come down pit road.”

Stewart-Haas Racing’s four Cup Series teams have a combined seven wins in the first 19 races of the 2018 season, five from Harvick and two by Bowyer.