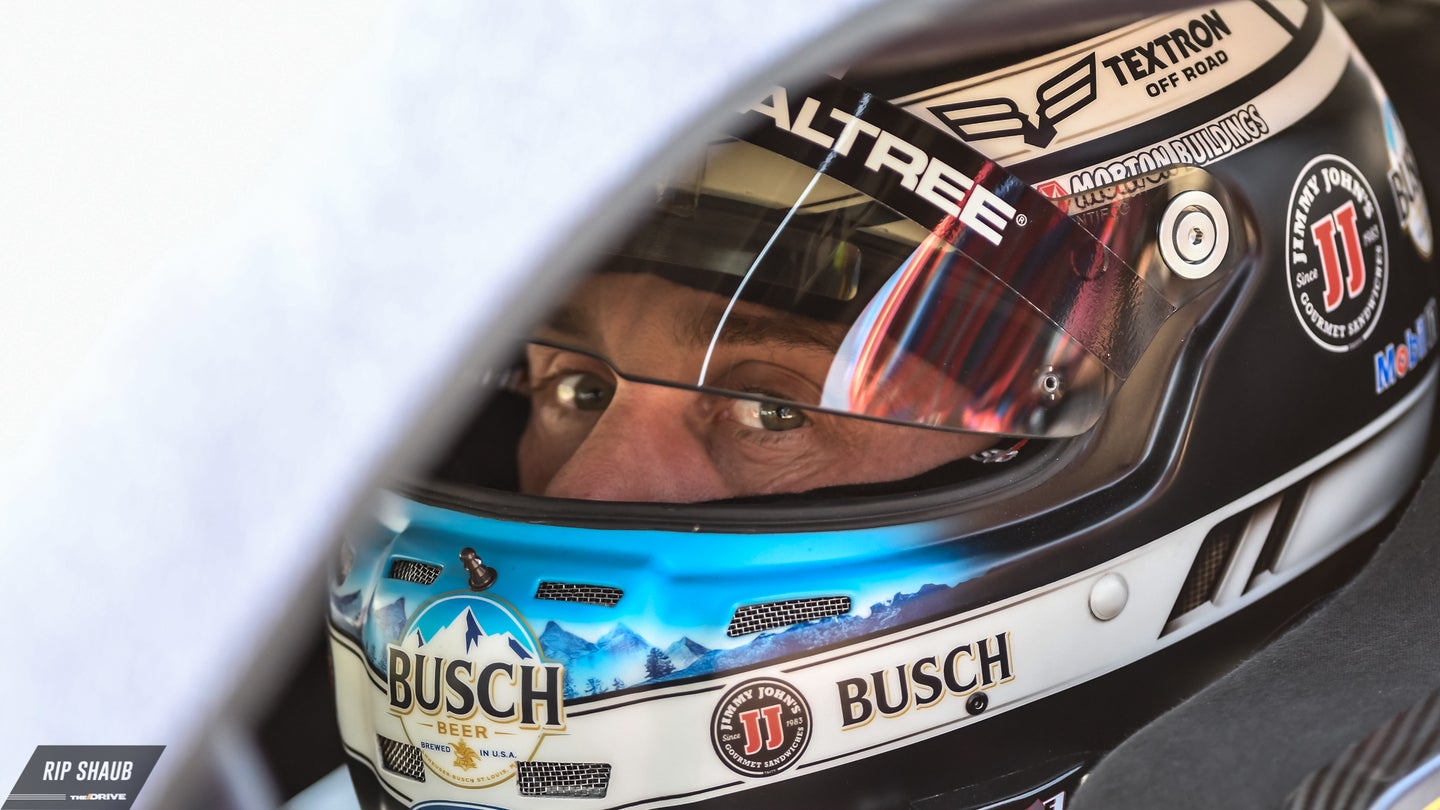 Stewart-Haas Racing landed a commanding position for Sunday's Spring race at Talladega Superspeedway, qualifying one-two with Kevin Harvick and Kurt Busch being the fastest pair of the field. Harvick's No. 4 Ford conclusively topped the final round with a 49.247-second lap which places him in the prime spot for his potential fourth win of the 2018 season. He'll be accompanied on the front row by Busch whose best effort of 49.340 seconds and 194.082 miles per hour nearly awarded him the first pole of his career at the Alabama track.

The team's speed was foreshadowed in the first round of qualifying with Kurt gapping the field for a low 49-second lap. At the time, others had been hovering near the 50-second mark, allowing the driver of the No. 41 Monster Energy-sponsored car to gain the advantage ahead of Q2. By the end of the penultimate session, it had become clear that Busch and Harvick were the frontrunners for a P1 start.

Times started to roll in the third and final quali period with Martin Truex Jr. beginning to tango with the SHR duo. Initially, the 2017 Monster Energy NASCAR Cup Series champion looked as if he could trump Harvick and Busch for the top spot; however, the two's respective last-minute runs disproved Truex's chances.

A series of regulation changes meant that Saturday's cars were much different than in weeks previous. Between the new ride-height rules and restrictor-plate narrowing, it was up in the air as to who would capitalize on the unfamiliar territory. When asked if he anticipated such a strong showing in qualifying, Harvick replied: "We had no clue as to how fast our car would run. We knew we had a fast car but we didn’t do any qualifying runs or anything like that.” He continued, “It’s always a little bit of a surprise."

Busch was also chuffed with his car's performance, though he was wishing for a slightly sweeter finish.

“I’ve never been that close to pole at a Superspeedway in my 19 years, and we really wanted it…Our Fords have been solid throughout the weekend and its a good sign for Stewart-Haas.”

Kurt made the point that patience will be the key to a good result on Sunday with the newly-tuned cars and ever-hectic environment at Talladega. He described the race action as "pretty sketchy," and noted that he will focus on protecting his car to better his chances of a win at the 2.66-mile oval.

Fellow Stewart-Haas Racing driver Clint Bowyer will start inside the top-10 while Aric Almirola, pilot of the No. 10 SHR Ford, suffered a mechanical issue during qualifying that knocked him to the back of the field.