One of the closest and most memorable finishes in NASCAR history came courtesy of Kurt Busch and Ricky Craven at Darlington Raceway 15 years ago. 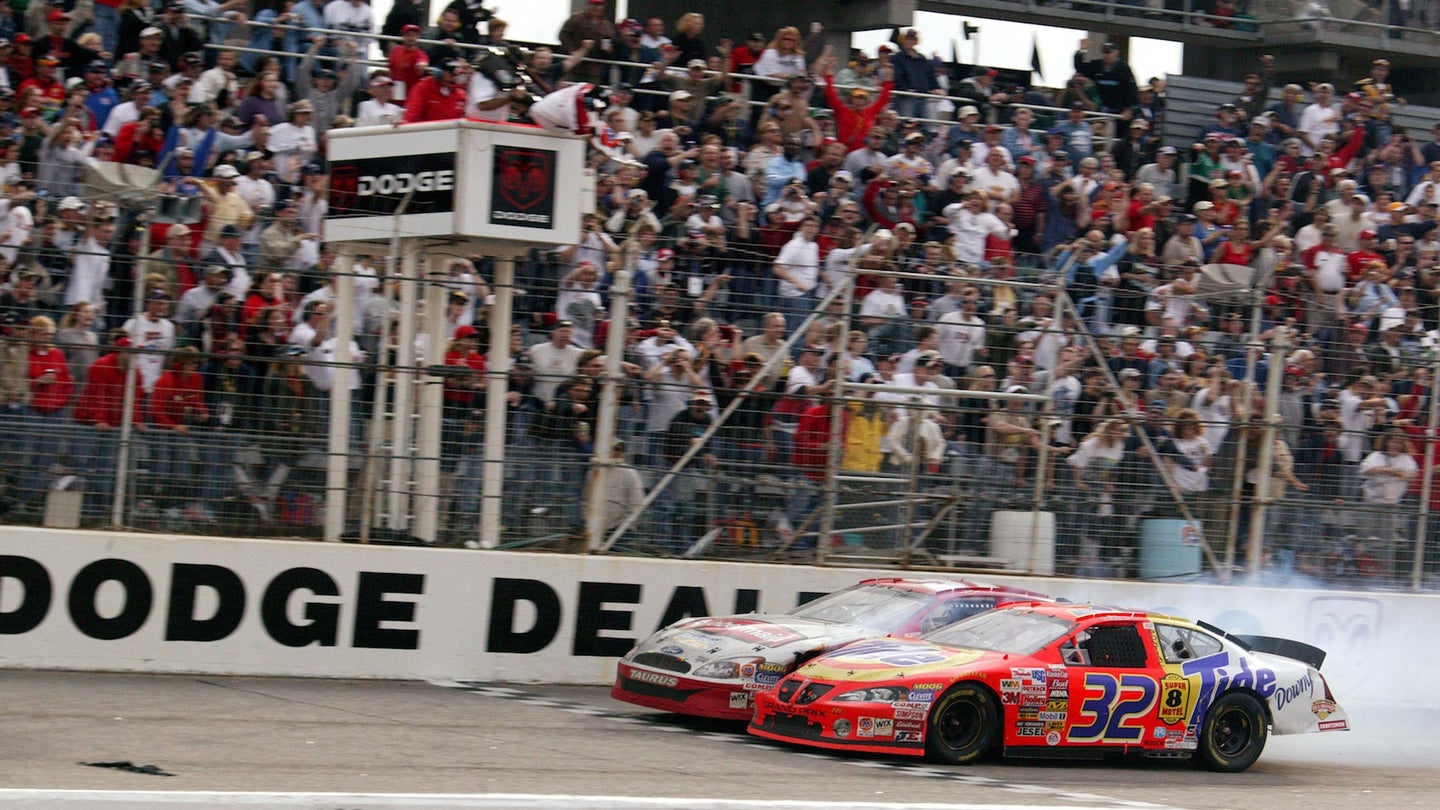 Stewart-Haas Racing became the first Monster Energy NASCAR Cup Series team of 2018 to unveil one of its throwback paint schemes for the Southern 500, scheduled for Sept. 2 at Darlington Raceway in South Carolina. The iconic NASCAR race has featured a retro theme with most cars entered running throwback paint schemes since the yearly event returned to its traditional Labor Day weekend slot on the Cup Series schedule in 2015.

On Thursday, SHR unveiled the Darlington scheme for its No. 41 Ford driven by Kurt Busch. The paint scheme for the No. 41 at Darlington will be a throwback to the No. 97 Roush Fenway Racing Ford that Busch drove in his memorable runner-up finish to Ricky Craven at Darlington in the Carolina Dodge Dealers 500 on March 16, 2003. In those days, Darlington hosted two Cup races per season.

Friday is the 15th anniversary of that memorable finish, the last win of Craven’s career and the first for crew chief Scott Miller. It also was the final NASCAR top-level win for Pontiac before the manufacturer left NASCAR at season’s end. Craven raced three more seasons, eventually retiring after the 2006 Cup Series season.

"I didn’t realize it then, but my best years were behind me,” Craven said in an interview with The Drive on Wednesday.

Busch claimed his first, and to this date only, Cup Series championship the following year in 2004 and raced for teams including Phoenix Racing and Furniture Row Racing before landing at Stewart-Haas in 2014, the same year as SHR teammate Kevin Harvick.

Busch and Craven rubbed fenders on the final lap before Craven took the win by 0.002 seconds, setting the record at that time for the closest win in NASCAR premier-series history. That margin has since been matched by Jimmie Johnson’s win over runner-up Clint Bowyer in a 2011 race at Talladega Superspeedway in Alabama.

Busch lost his power steering during the race and had a three-second lead on Craven with 15 laps remaining in this memorable 2003 race at Darlington. Craven caught up to Busch with two laps to go and after a little contact, the two drivers took the white flag side-by-side for the final lap.

“I was defeated by a guy that outsmarted me, and there was the respect side of it too, with just two true racers—a New England boy (Craven), a desert-Southwest guy (Busch)—racing each other, and we threw everything and the kitchen sink at each other but didn’t wreck each other, and I liked that,” Busch told The Drive on Wednesday. “It was okay to lose because of the respect that we had for each other on the track.”

The finish of that race led to the memorable NASCAR on Fox exchange between broadcasters Mike Joy and Darrell Waltrip.

Joy: “Have you ever?

A revival of the popular sitcom is now the official sponsor of the March 17 race.

The racing magnate bid $925,000 for the first production Corvette ZR1 at a Barrett-Jackson Auction in January.