Busch tweeted his departure on Sunday night and it was then confirmed by both the team and co-owner Tony Stewart. 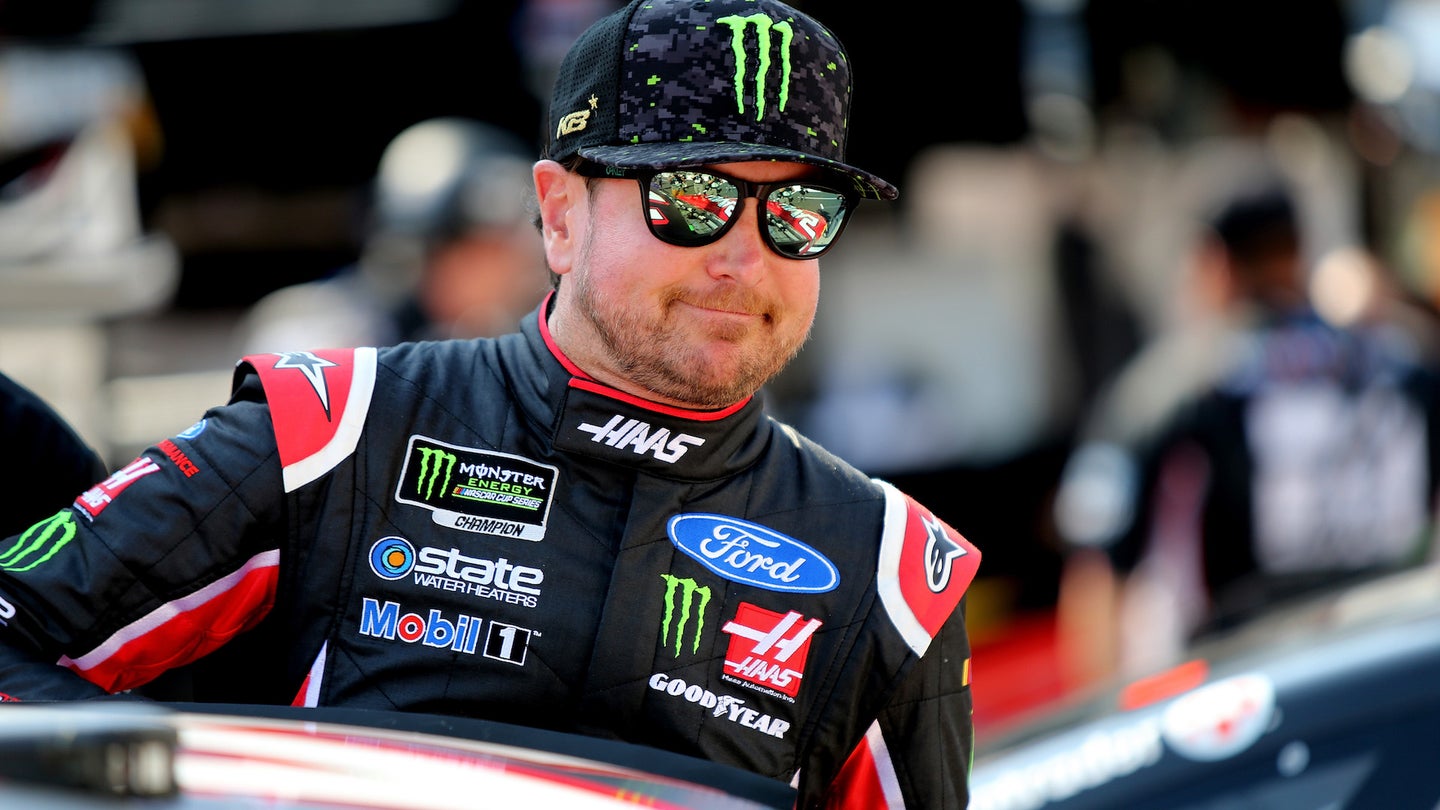 In a Sunday night tweet, Kurt Busch announced that he will not be returning to Stewart-Haas Racing for the 2019 NASCAR Cup Series season. Busch's departure was confirmed by both the team's official Twitter handle and by co-owner Tony Stewart.

In his tweet, Busch thanked SHR for the past five years which resulted in six wins, 11 poles, 37 top-fives, and 90 top-10s. During that time period, Busch was also able to lead more than 1,900 laps. The Las Vegas native's most memorable win with the team came at the 2017 season-opening Daytona 500 with crew chief Tony Gibson on top of the box.

At this time, Kurt Busch has not announced his plans for the 2019 NASCAR season. Additionally, Stewart-Haas Racing has yet to make public who will replace Busch behind the wheel of the No.41 Ford Mustang.

Over the past 19 years as a full-time competitor in the NASCAR Cup Series, Kurt Busch has accumulated 30 victories. Since joining SHR, Busch has qualified for the playoffs in all five seasons while piloting the No. 41 car. His last victory with the team came at the 2018 Bass Pro Shops/NRA 500 night race at Bristol Motor Speedway.

Prior to joining Stewart-Haas Racing in 2014, Kurt Busch competed full-time with the now-defunct Furniture Row Racing in 2013 as well as part-time in 2012. Prior to that, Busch drove for the since-dissolved Phoenix Racing, owned by James Finch and Team Penske. Busch won the Cup Series title in 2004 while piloting the No. 97 Ford Taurus for Roush-Fenway Racing.

While there have been rumors in the NASCAR garage indicating that Kurt Busch might replace Jamie McMurray behind the wheel of the No. 1 Chevrolet at Chip Ganassi Racing next year, nothing has been confirmed or denied by both the driver and the team as of this writing.