After Fords led the first two rounds of qualifying for Sunday’s race, Toyota driver Kyle Busch is fastest when it counts most. 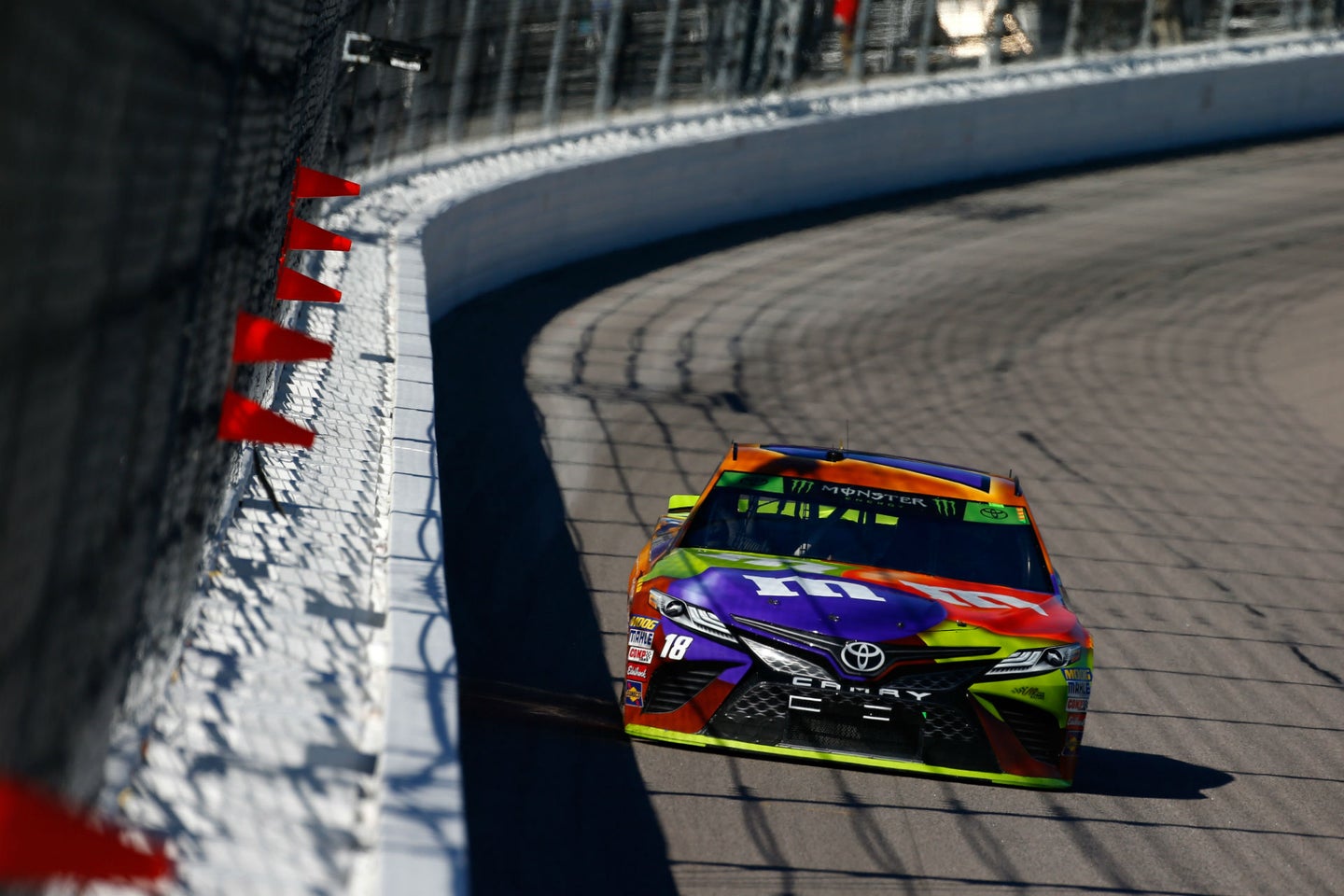 Kyle Busch earned his fourth pole position of the 2018 NASCAR Cup Series season on Saturday for this weekend’s race at Martinsville.

“It feels pretty good,” Busch said. “My guys, they obviously come here, and I wouldn’t say you do anything different coming here, knowing that you’re one of the top-eight, but there’s a lot on the line here, Texas, and Phoenix and what that means being able to win one of these next three.”

“To be able to come to Martinsville, I enjoy coming to this place more so now at this stage of my career than earlier in my career,” Busch continued. “It’s due to a great team and all these guys and our fast M&M’s Toyota Camry. Nice to have a pole run here today. We don’t qualify that well here all the time, so it feels pretty good today.”

Clint Bowyer, who won at Martinsville earlier this season, qualified second to start on the front row next to Busch.

Only two Chevrolet drivers, Kyle Larson and William Byron, advanced to the third round of the qualifying session. Larson went 10th-fastest in the third round and Byron was 12th.

"We made it to the final round, so that is good,” Larson said. ”I just had a little wheel hop in that last round; otherwise, we could have gone a little bit faster. This starting spot helps with pit selection. We were just so-so in practice, but that is what we typically are in practice. It's a long race. I just have to make sure I stay calm, and we will be okay. Hopefully, I can maintain good track position throughout the day, and we can have a solid day."

Six of the eight remaining playoff drivers also got to the final round of qualifying. Joining Busch and Bowyer were Aric Almirola, Martin Truex Jr., and Kurt Busch in positions fifth through seventh and Joey Logano in 11th.

A different driver was atop the speed chart in each round. Team Penske’s Ryan Blaney led the way in the opening round with a 19.660-second/96.317 mph lap, the fastest lap overall, of the qualifying session. He wound up fourth in Round 3 and on the starting grid.

Kevin Harvick and Chase Elliott were the two playoff drivers who failed to advance to the final round. Both did, though, get to Round 2 and qualified 13th [Harvick] and 21st.