Fords line up in the top five spots to start the AAA Texas 500. 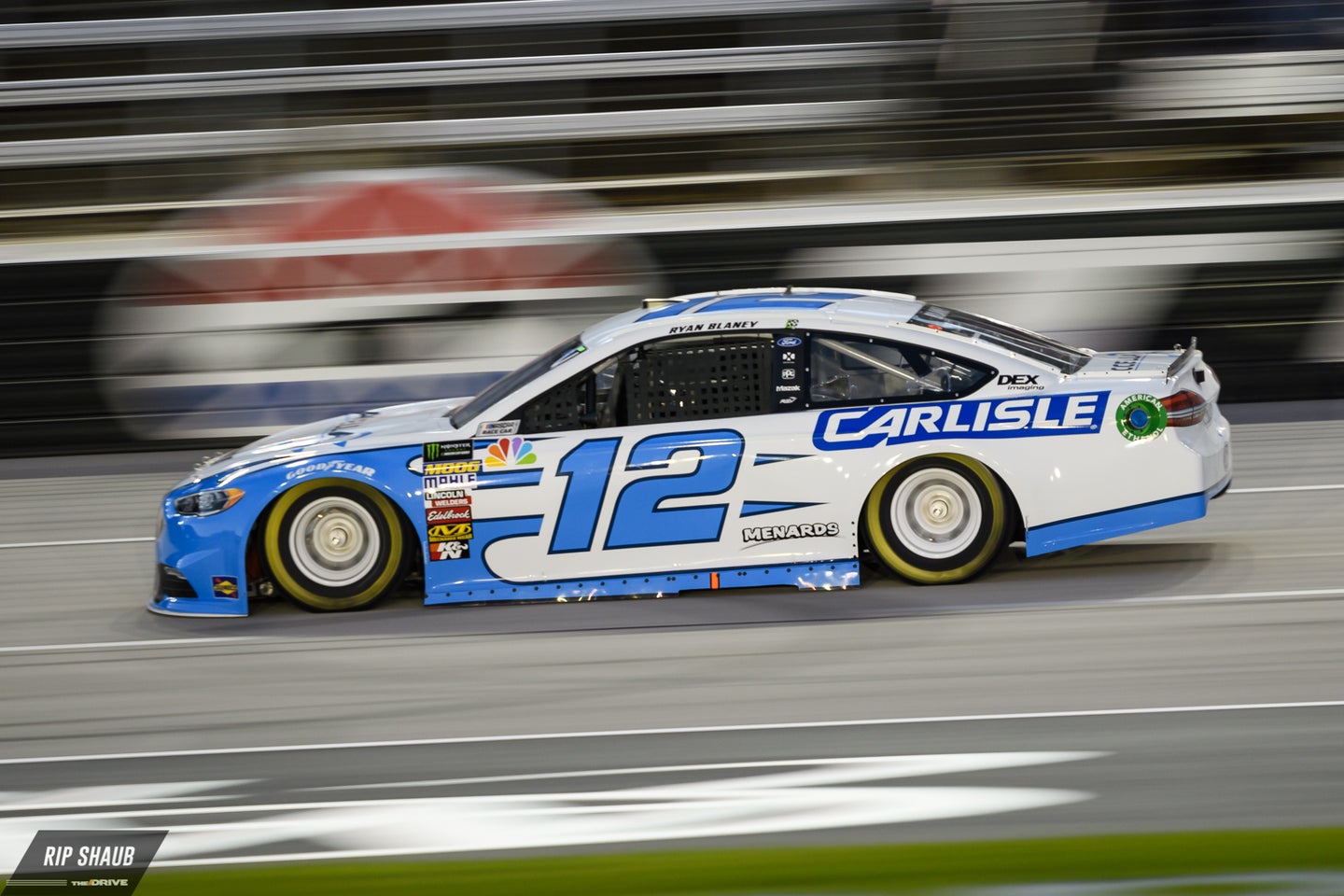 Ryan Blaney posted a 26.932-second/200.505 mph lap in the third of three rounds of Monster Energy NASCAR Cup Series qualifying at Texas Motor Speedway on Friday to claim the pole for Sunday’s AAA Texas 500. It’s his third pole position of the 2018 season.

“It felt really fast,” Blaney said of his pole-winning lap. "That is what you get with this nighttime qualifying—high speeds. That is really what you get. That is cool doing under the lights qualifying. Speeds pick up and it has been cool here today. We have had a really good Ford all day, and it is nice to back it up in qualifying. It doesn't mean a lot if you are fastest in practice and blow it in qualifying. It was cool to be solid all day. Really big thanks to this whole group for giving me a really great race car and I am excited to see how it is in race trim tomorrow.”

“That felt fast,” Bowyer said. "After you come off of Martinsville, that little short track and head out here to this place, it just feels crazy fast. I am really proud of my guys. Our Rush Truck Centers Ford was good all day long. I am proud of all the guys and proud of the shop for bringing four fast hot rods again. For the better part of the day, we were four of the best six or seven cars. That is the speed part. Now, we have to make them live and be good on the long run. If we can do that, maybe we can keep ourselves in this thing.”

Harvick was second in both the first and second rounds of qualifying Friday.

Blaney also was fastest in the opening round of qualifying with 27.043-second/199.682 mph lap. While Blaney’s pole-winning lap in the third round was the fastest, overall, of the three round session. Joey Logano was the first driver to run a lap over 200 mph, doing so in the second round with a round-leading 26.964-second/200.267 mph lap.

Bowyer also ran over 200 mph in the final round.

After posting the fastest lap in Round 2, Logano wound up eighth in the final round for an eighth-place starting position.

Denny Hamlin was the highest-qualifying driver not behind the wheel of a Ford, qualifying sixth in his Toyota. He was the only non-Ford qualifier in the top-eight. The fourth Stewart-Haas driver, Kurt Busch, was seventh.

William Byron was the highest-qualifying Chevrolet driver in ninth. He was the only Chevrolet representative among the 12 drivers to advance to the third round.

“It was good,” Byron said. "We haven’t had a qualifying effort like that in a little bit, so it’s been good to get that, and hopefully, that translates to the race pretty good. So it was fun.”

All eight playoff drivers got to round two of qualifying, but two of them—Martin Truex Jr. and Chase Elliott—saw their qualifying efforts end there. Truex Jr. wound up 13th and Elliott 16th.

"I missed the bottom on Turn 1 and Turn 2 a little a bit,” Truex Jr. said. "It’s generally harder to go a little bit faster on hot tires. I got a little loose on turn three in my last lap there. If I didn’t mess that up, I probably would have been in. It’s a sensitive track, really fast. For whatever reason, we’ve been off qualifying since they redid this place. I haven’t quite figured out what I need for qualifying. In our race trim, we’ve been really good here. We’ll see. We’ll work harder on it tomorrow and see on Sunday.”

Forty-four drivers made qualifying attempts. Timmy Hill was the only driver who failed to make the race.

After a practice session on Friday, two Cup Series practice rounds remain on Saturday. The first of the day will run from 11:30 a.m. until 12:25 p.m. CST, and final practice is scheduled from 2 p.m. until 2:50 p.m.

The race is scheduled for an approximate 2 p.m. CST start Sunday and will be shown live on the NBC Sports Network.