The sport's best are kickin' it back in South Carolina this weekend with action at one of the season's toughest tracks. 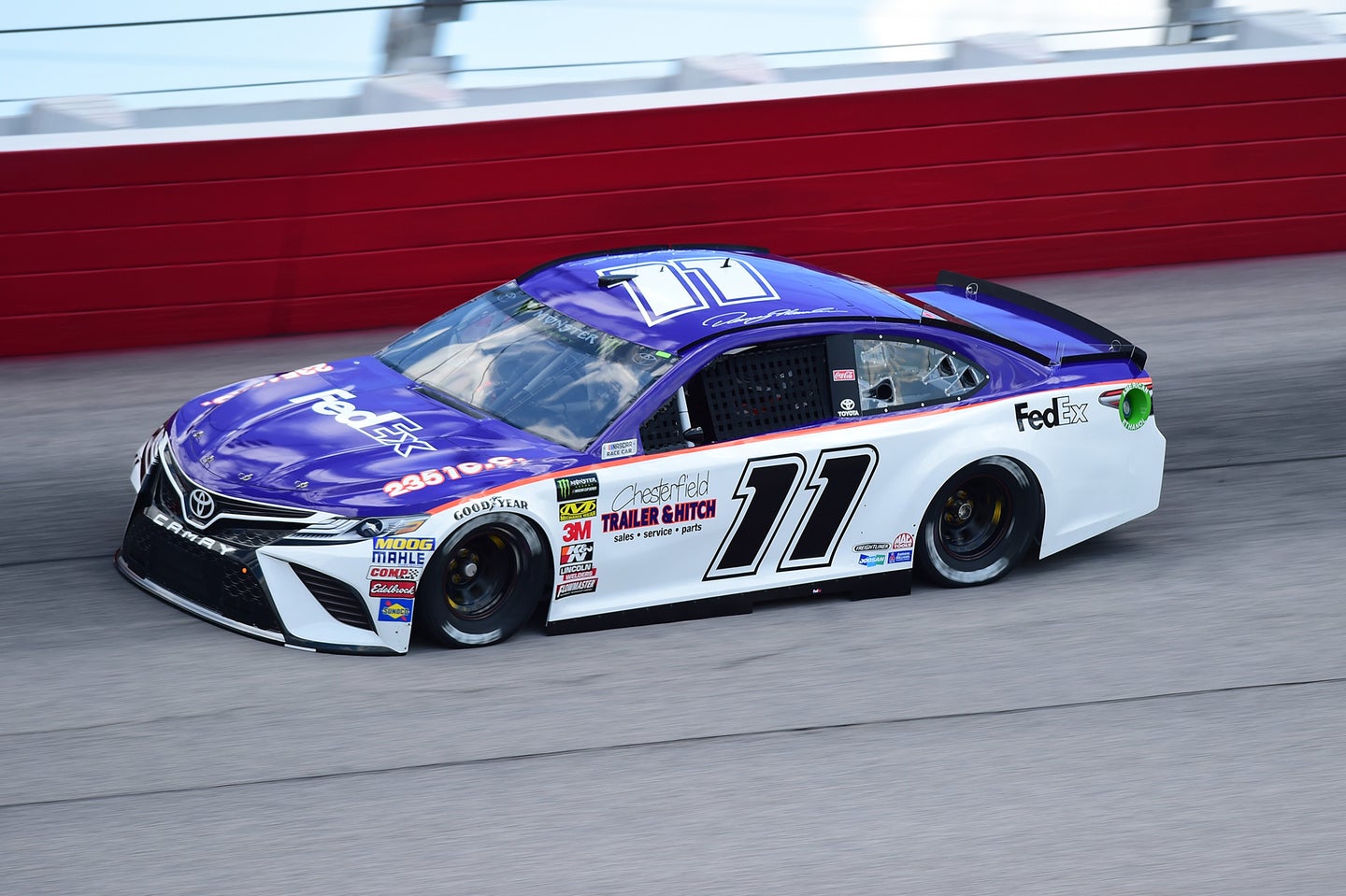 It’s a throwback; the Bojangles’ Southern 500 at Darlington Raceway is one of the most anticipated races on the NASCAR schedule. It’s an emotional and physical battle, making it the ultimate competition. It’s also the one time each year that nearly all NASCAR Cup cars hit the track in a throwback paint scheme.

The theme for this year's Labor Day throwback weekend is celebrating seven decades of NASCAR. Legends of the sport including Richard Petty, Dale Earnhardt, Cale Yarborough, David Pearson and Jeff Gordon, who have reputations for being tough competitors, have contributed to the 65-year racing history at Darlington by taming the 1.366-mile track. Many consider Darlington one of the most difficult ovals for drivers to compete at so it is fitting that the facility is referred to as "Too Tough To Tame."

NASCAR nostalgia will be at a high as drivers pay tribute to the history of the sport and some of the coolest cars to hit the track. The gold and black Miller Genuine Draft stock car will make a comeback this weekend with Brad Keselowski’s No. 2 Ford Fusion honoring his longtime sponsor as well as NASCAR Hall of Fame driver Rusty Wallace. Oscar Mayer has returned to sponsor Matt Kenseth’s No. 6 Ford Fusion with a paint scheme reminiscent of the early 2000s when the brand served as an associate partner at Roush Fenway Racing. Kenseth’s car will join the brand’s iconic Wienermobile, a 27-foot-long hot dog on wheels as an honorary vehicle.

Yet another memorable car hitting the oval this weekend is William Byron’s No. 24 Hendrick Motorsports Chevrolet, a throwback to Jeff Gordon and his iconic Rainbow Warrior schemes with then sponsor DuPont. Fans will also take a walk down memory lane with Austin Dillon’s “Quicksilver” No. 3 Chevrolet debuted at the 1995 All-Star Race by Dale Earnhardt.

Past 10 Winners at Darlington Raceway

The first NASCAR Cup race at Darlington Raceway was held on Sept. 4, 1950. There have been 114 Cup races at the track also known as the "Lady in Black" since Johnny Mantz won the inaugural race.

Denny Throws Back To Denny

Busch Pole Award winner Denny Hamlin will pay tribute to himself by driving a throwback scheme of his own. His No. 11 FedEx Toyota will pay homage to his first-ever racecar, a Mini Stock that he drove in 1997 at Langley Speedway and Southside Speedway. That same year, Hamlin won the track championships and was named the NASCAR Mini Stock Rookie of the Year. “Oddly enough, I’ve always driven a purple-and-white No. 11, whether it was go-karts or race cars,” Hamlin told NASCAR.com. He also added, “We made the paint schemes back then very simple because we planned on crashing a lot.”

Hamlin has lined up for twelve NASCAR Cup races at Darlington Raceway. He has seven top-fives, 10 top-10s, and two race wins at the track known for its harsh nature and testing environment. His most recent win at Darlington Raceway was last year. Will he be able to start from the pole for the Monster Energy NASCAR Cup Series Bojangles’ Southern 500 and get back-to-back wins? Is he tough enough to tame the Lady in Black? What do you think?