Who didn't fail post-qualifying inspection for the NASCAR Cup race at Pocono Raceway? 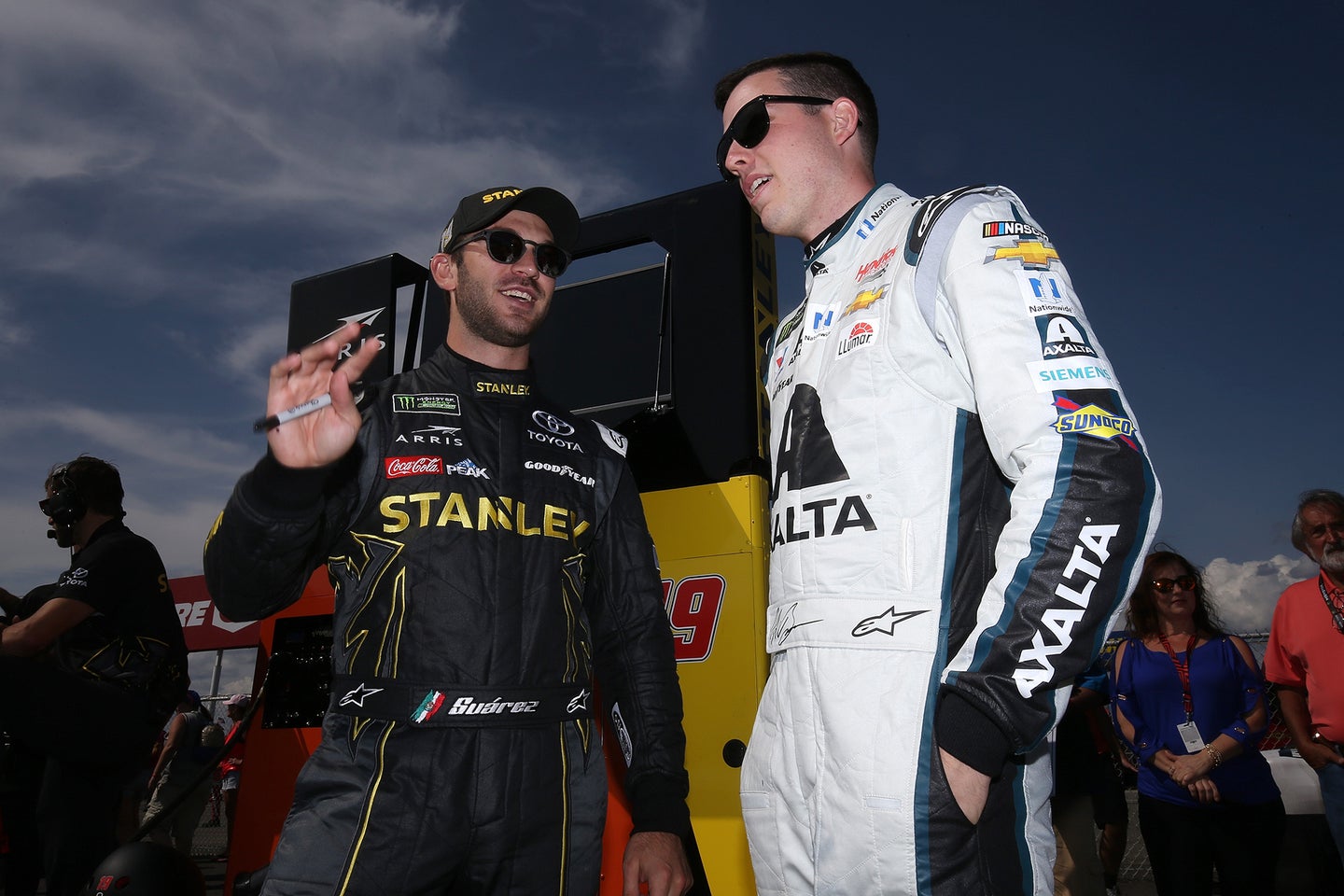 If you’re keeping count, Kevin Harvick has two Busch Pole Awards, 15 top-fives, 16 top-10s, and six Cup race wins this season. Harvick secured his first career pole at Pocono this weekend, but once the celebrations were over, NASCAR snatched the position from him after he failed post-qualifying inspection.

The 2014 Monster Energy NASCAR Cup Champion will be in good company as he starts from the back of the field at Pocono Raceway. Kyle Busch, the 2015 NASCAR Cup champion, along with Joey Logano, Kyle Larson, Austin Dillon, Bubba Wallace, William Byron and several other drivers will also be relegated to the rear after their qualifying times were disallowed for failing post-qualifying inspections. NASCAR awarded Daniel Suarez the Busch Pole Award for the Gander Outdoors 400 after Harvick’s car failed the body scan in after a stellar outing in quali. It's Suarez's first Busch Pole Award of his career.

Past 10 Winners at Pocono Raceway

Leading up to the Monster Energy NASCAR Cup race in Long Pond, PA, all attention has been on Kevin Harvick, Kyle Busch, and Martin Truex Jr., known this season as the Big Three. Kyle Busch has one win at Pocono and Truex Jr. has two. Harvick, who has 35 starts at Pocono, has never won a Cup race at the Tricky Triangle. Now that Harvick and Busch will start from the rear, their winning ways may be on hold for this week. With two-thirds of the Big Three being forced to fight from the rear of the field, the top question is, “will another driver step-up and dominate in their place?”

The Gander Outdoors 400 will mark Jimmie Johnson’s 600th Monster Energy NASCAR Cup start. In 33 starts at the 2.5-mile raceway, the seven-time NASCAR Cup champion has three wins. Riding one of the longest losing streaks of his NASCAR career, most of Johnson's fans are hoping his luck turns around this week.