NASCAR’s premier series is stopping at Sonoma Raceway for the first road course event of the season. 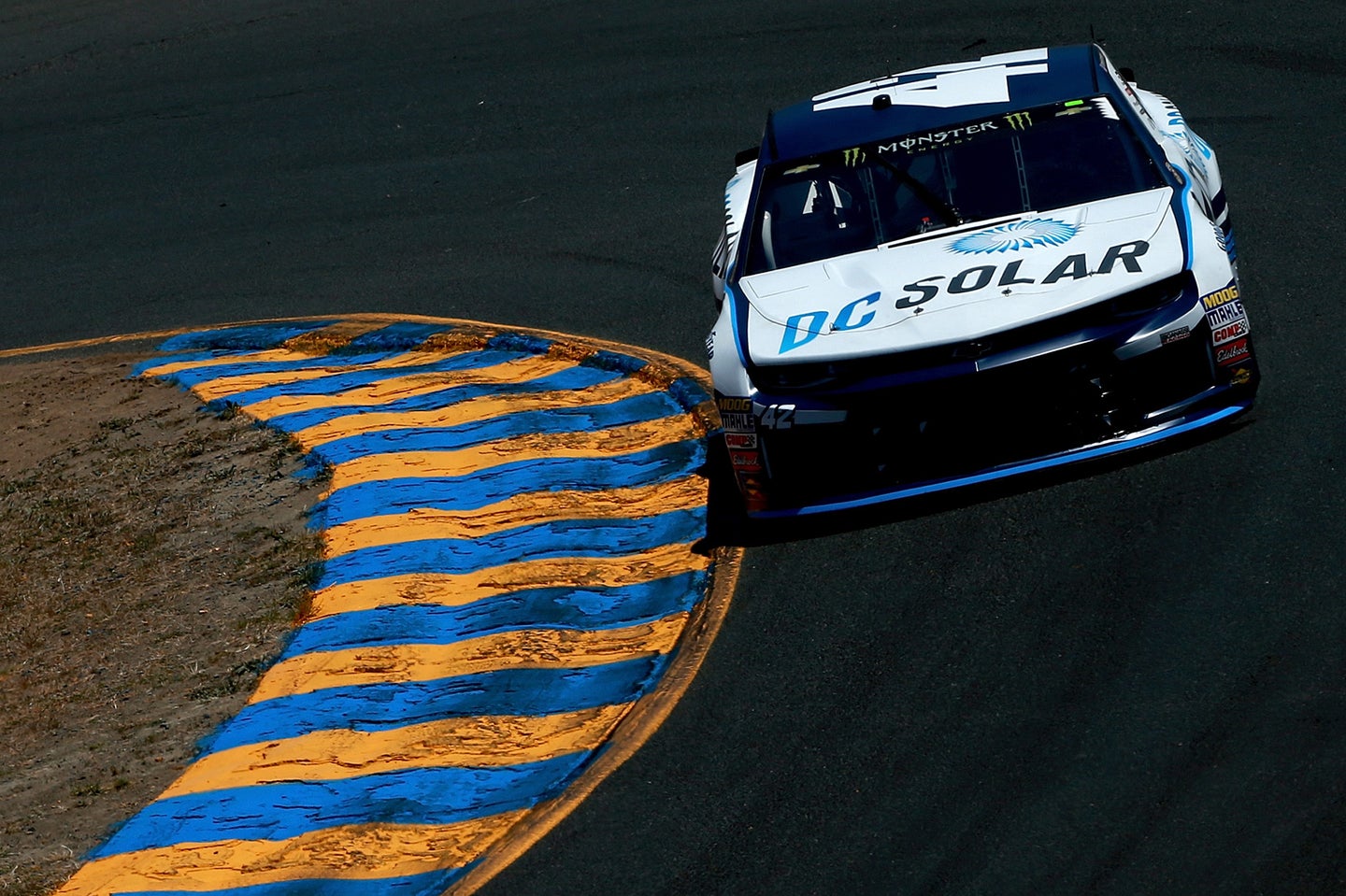 The Monster Energy NASCAR Cup Series is embarking on its sixteenth race of the 2018 campaign, but the first road course race this year. As the Cup Series goes west for the second time this season, it is the first and only stop at Sonoma Raceway in California.

Stewart-Haas Racing teammates Kurt Busch and Clint Bowyer produced the fastest times in practice. However, it was all Chip Ganassi Racing driver Kyle Larson at the end of qualifying. The 25-year-old Californian weaved his way around the 2.52-mile road course at 94.597 miles per hour to capture the Busch Pole Award. He was the pole sitter for last year’s race at Sonoma, though Kevin Harvick decisively won that race. Harvick, who qualified P6 for this weekend's contest, has five wins this season.

Will Harvick continue his dominance and win his second race in a row at Sonoma or will Larson finally have a breakthrough and win at his home track? If Cup practice is a sign of what we should expect on race day, we may see another win for Stewart-Haas Racing courtesy of Bowyer or Harvick; both have won races this season. Regardless of who takes home the 'W,' the Toyota/Save Mart 350 should prove to be an exciting race to watch.

Past 10 Winners at Sonoma Raceway

To the dismay of die-hard NASCAR fans who love road courses, the Monster Energy Cup Series only races at Sonoma Raceway once a year. Ricky Rudd won the first Cup race at Sonoma, a 186-mile race, in 1989 behind the wheel of a Buick. Rusty Wallace then won the following year at Sonoma in a Pontiac.

The past 10 winners at Sonoma have all been veteran drivers proving that it’s a difficult course for young guns to find success at. Kyle Busch is the only driver, active or retired, that has multiple wins at Sonoma. He snagged his first Cup Series win there in 2008 and the second in 2015.

Matt Kenseth has the most starts at Sonoma with 18 races, and SHR teammates Harvick and Busch follow closely behind him having competed in 17 races at the road course. Both Bowyer and Kurt Busch have seven top-fives at Sonoma, and in his career, Busch has led the most laps at the track out of all current Cup drivers with 197. Ironically, he is the only Stewart-Haas driver without a win this season. Will his luck change? Will we witness a fresh face in 2018 make it to Victory Lane?