The retired champ and dirt-track owner wants another NASCAR series on dirt, but Kyle Busch doesn't think the top series belongs there. 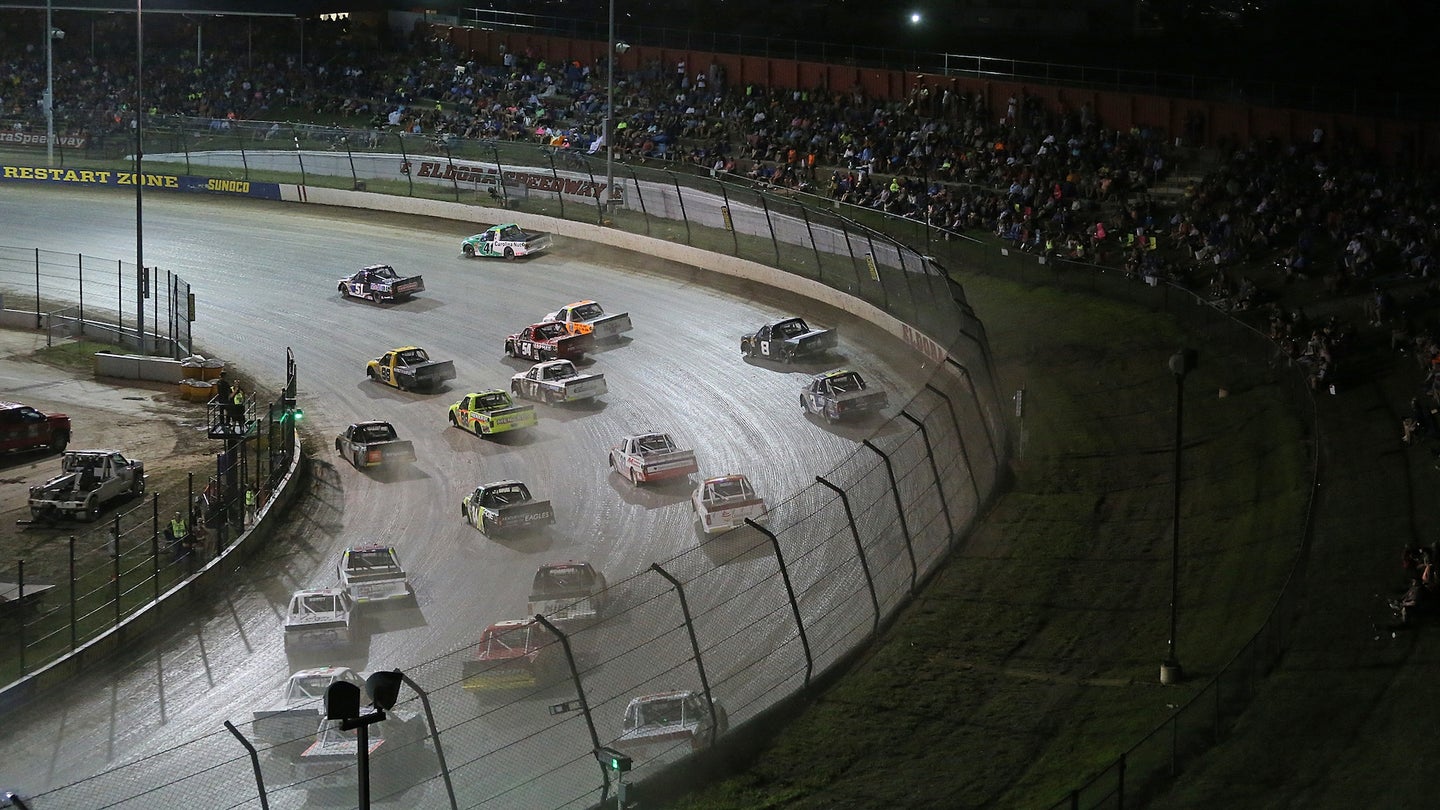 Two former NASCAR champions, Tony Stewart and Kyle Busch, differ on the types of tracks NASCAR should adding to its national series schedules. Stewart, owner of Eldora Speedway in Rossburg, Ohio, thinks the sanctioning body should take its Xfinity and maybe even Monster Energy NASCAR Cup Series to dirt tracks. Busch, though, thinks more asphalt short tracks should be added to the schedule.

NASCAR’s other national series, the Camping World Truck Series, runs one dirt race yearly at Eldora. And right after that race each year, the excitement leads to talk of some fans and competitors wanting to see the others, especially the Cup Series, on dirt, be it at Eldora or another worthy dirt track.

Stewart campaigned for an Xfinity or Cup series race at his dirt track during an interview on SiriusXM NASCAR Radio.

“Maybe one of these days, we’ll get an Xfinity or a Cup race here, because we’ve proven you can run the vehicles here, and we’ve proven that the truck drivers that have never been on dirt before can set there and get around this track really well,” Stewart said. “If a truck can get around here, an Xfinity car or a Cup car can get around here as well, too. So, who knows? Maybe, you know, like I said, I never dreamed we’d have a NASCAR Camping World Truck Series race here, but maybe the dream will start now that maybe we can get an Xfinity race here in the future, too."

Busch, though, thinks NASCAR’s top series should race on the same type of surface cars most often drive in the real world—asphalt—even though he did concede an Xfinity Series race on dirt would be “fun to see.”

"I’m cool with it [an Xfinity Series race at Eldora]. I think it would be fun to see one,” Busch said on NBCSN’s “NASCAR America” show. "Two, I think it’s great that the trucks have that; let’s leave it special for the trucks. [Trucks] haul around dirt all the time. My Toyota Camry ain’t gonna go around out there and haul around dirt.”

Busch, meanwhile, is pushing an agenda of more short tracks for the Truck and Xfinity series.

"I think Trucks and Xfinity should be doing more [short tracks] than the mile-and-a-half stuff," Busch said. "Trucks and Xfinity should go to Pensacola [Five Flags Speedway, go to Nashville [Fairgrounds Speedway], South Boston [Speedway in Virginia] and Hickory [Motor Speedway in North Carolina and make those races that anybody can sign up to run."

Kyle Larson may be an avid dirt racer, but even though he came to NASCAR from the dirt world and still races on dirt whenever he gets the chance to do so, he agrees with Busch on no Cup cars on dirt.

“Tony is probably going to get mad, but I would like to see it [the schedule] just stay as it is," Larson said. "Xfinity, maybe, but I wouldn’t like to see Cup on dirt. To me, Cup belongs on the pavement and real road course tracks.”

As far as where other competitors stand on NASCAR’s top series on dirt? Reigning champion Martin Truex Jr. is all for it. Brad Keselowski is okay with it, as long as a tire change is made.