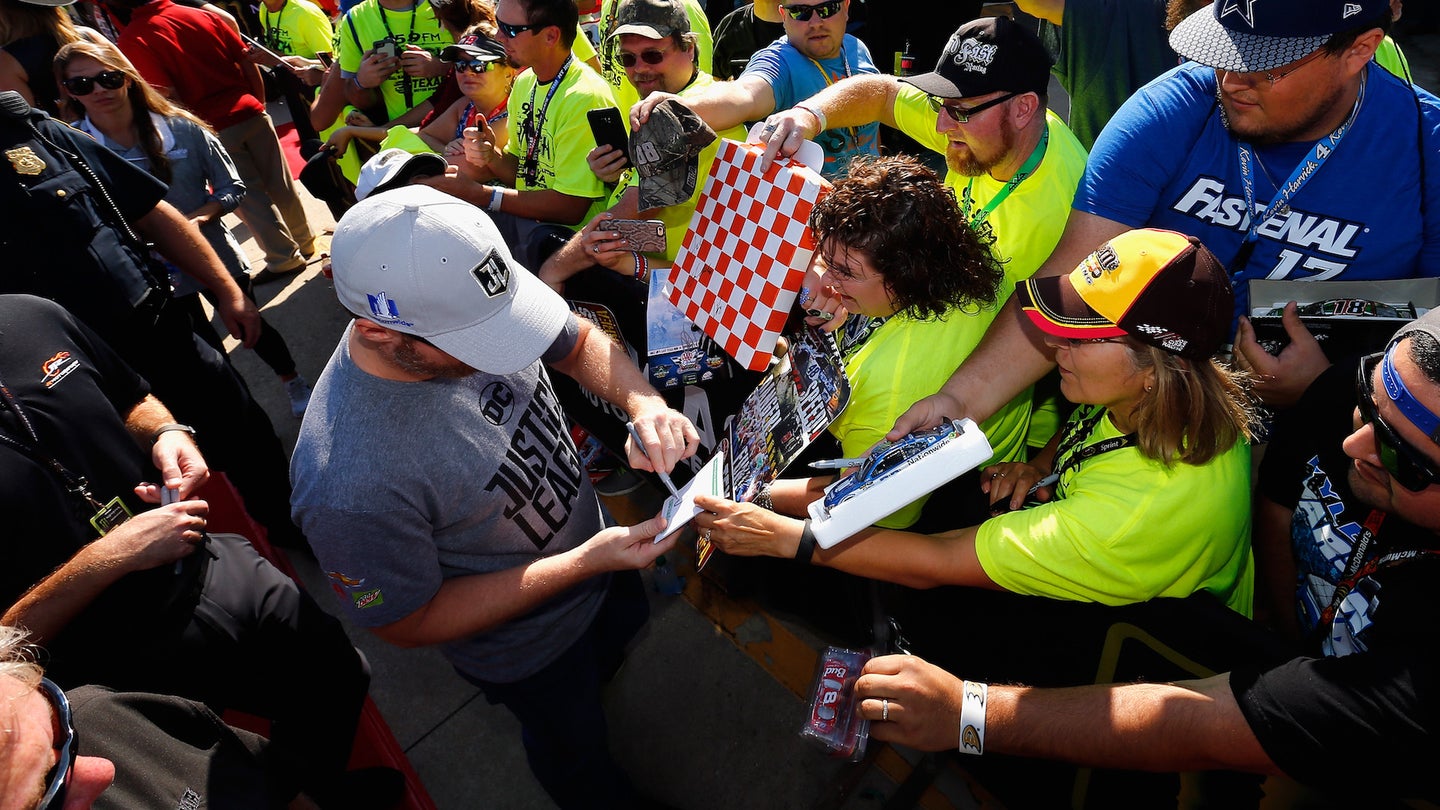 Fifteen-time NASCAR Most Popular Driver Dale Earnhardt Jr. has announced the Oct. 16, 2018, release of his book, Racing to the Finish: MyStory. The book details Earnhardt’s recovery process from concussion symptoms in 2016 that sidelined him for the second half of that campaign, his second-to-last season as a full-time NASCAR premier-series driver.

Earnhardt revealed the news of the book during the "NASCAR America" show on the NBC Sports Network on Wednesday. Earnhardt is now a broadcaster for the network since retiring from competition.

"Concussions are so common in sports that, for years, nobody took them seriously, myself included," Earnhardt said. "But in 2016, that changed for me, and it was bad, very bad. Until this book, only my doctor and family could know how bad it was. I am leaving nothing out—the fear, the struggle, the pressure to get back, the rediscovery of myself, and how the very thing that caused my pain ultimately led to happiness I never knew possible. I also think my learnings from this experience will be hugely beneficial to people who are going through the same thing. One of those learnings is that there are more than we ever realized.”

The concussion Earnhardt sustained at Michigan International Speedway in 2016 wasn’t the first for the driver. Concussions in 2012 resulted in him missing two races that season. After that experience, Earnhardt began journaling his struggles with the injuries. Details from that journal are included in the book.

“There’s some really, really bad moments, very dark moments,” Earnhardt said. “There’s some helpless moments. You want to give up. Luckily, I had a really good doctor that I could call at any hour of the night and talk me off this ledge and help me understand that this is going to get better and tell me that you’ve fixed this in someone else.”

In the book co-written by ESPN motorsports writer Ryan McGeen, Earnhardt details his recovery, how he came to the decision to retire at the end of the 2017 season, and looks ahead to his future.

“I don’t think nobody outside [wife] Amy and my doctor knows exactly everything that went on, and how bad it was,” Earnhardt said. “There’s a couple of reasons I wanted to write this book. My fans ask me all the time about why I retired early from driving when I probably had a couple of more years. I think this will answer all those questions.”

Earnhardt has dealt with concussion-related symptoms as recently as the 2018 race weekend at Martinsville Speedway in Virginia last month.

In 2016, prior to his latest concussion, Earnhardt announced he would eventually donate his brain to science.