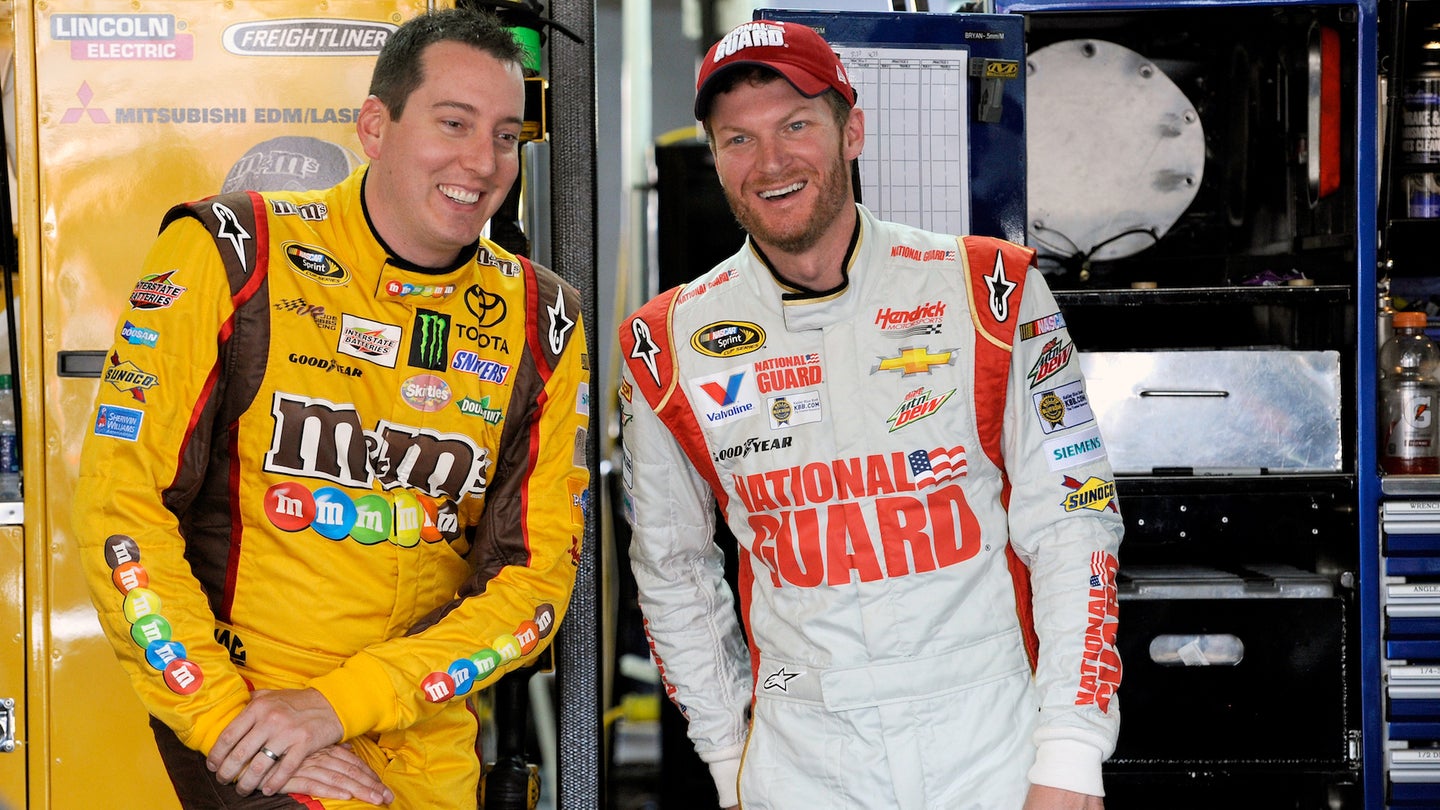 NASCAR next heads to Richmond Raceway in Virginia for its second-straight short-track race, Saturday night’s 2018 Toyota Owners 400. After a visit to Richmond 10 years ago, Kyle Busch learned what it was like to be on the bad side of Jr. Nation, the Dale Earnhardt Jr. fanbase. Busch and the recently-retired Earnhardt got together ahead of this year’s Richmond race to discuss the moment Busch caught the ire of Earnhardt's loyal followers with a spin of NASCAR’s most popular driver in the first of two races at the track in 2008. That discussion was made public via a “Dale Jr. Download” podcast which was released Tuesday.

“There was death threats to the house,” Busch said on the podcast.

The fan fallout didn’t fade over the following week. Instead, it continued throughout the duration of that season.

“We actually had a behind-the-scenes FBI guy tailing me through the rest of ’08,” Busch said. “We didn’t think we needed him anymore after ’08 was over. He came with us about everywhere.”

During the podcast, Busch also detailed a death threat following a NASCAR Xfinity Series later in the 2008 season.

“As soon as I did the victory lane stuff, they corralled me and got me and took me into a cop car and took me out of the race track in a cop car,” Busch said. "I’m like ‘What are we doing, boys? What’s going on?' They were like, ‘We’ve had a tipoff that there’s a shooter on the loose. A guy’s coming to the race track with a shotgun.'”

The fallout from his own fanbase even affected Earnhardt, prompting him to get revenge on Busch with NASCAR returned to Richmond Raceway later in the season. The result was a literal turn of fortune, with Earnhardt spinning Busch.

The seeds for the infamous Busch-Earnhardt rivalry, possibly better described as a feud between Busch and Jr. Nation were, perhaps, inadvertently sown by team owner Rick Hendrick the year before when he fired Busch, seemingly to make room for Earnhardt after his announcement that he’d be leaving family team, Dale Earnhardt Inc., at the end of the 2007 season. Earnhardt arrived at Hendrick ahead of the 2008 campaign as Busch packed his bags for Joe Gibbs Racing. Busch didn’t appear to hide his bitterness from being fired by Hendrick, despite on-the-track success, to make room for NASCAR’s media darling, Earnhardt.

The two drivers have long since buried the hatchet. These days, Busch appears to have embraced his role as public enemy number one. Does fan hatred for Busch stem from Richmond 2008? Maybe a little of it, but for the most part, probably not. It’s long past time to move on, but that doesn’t mean it isn’t fun to look back.