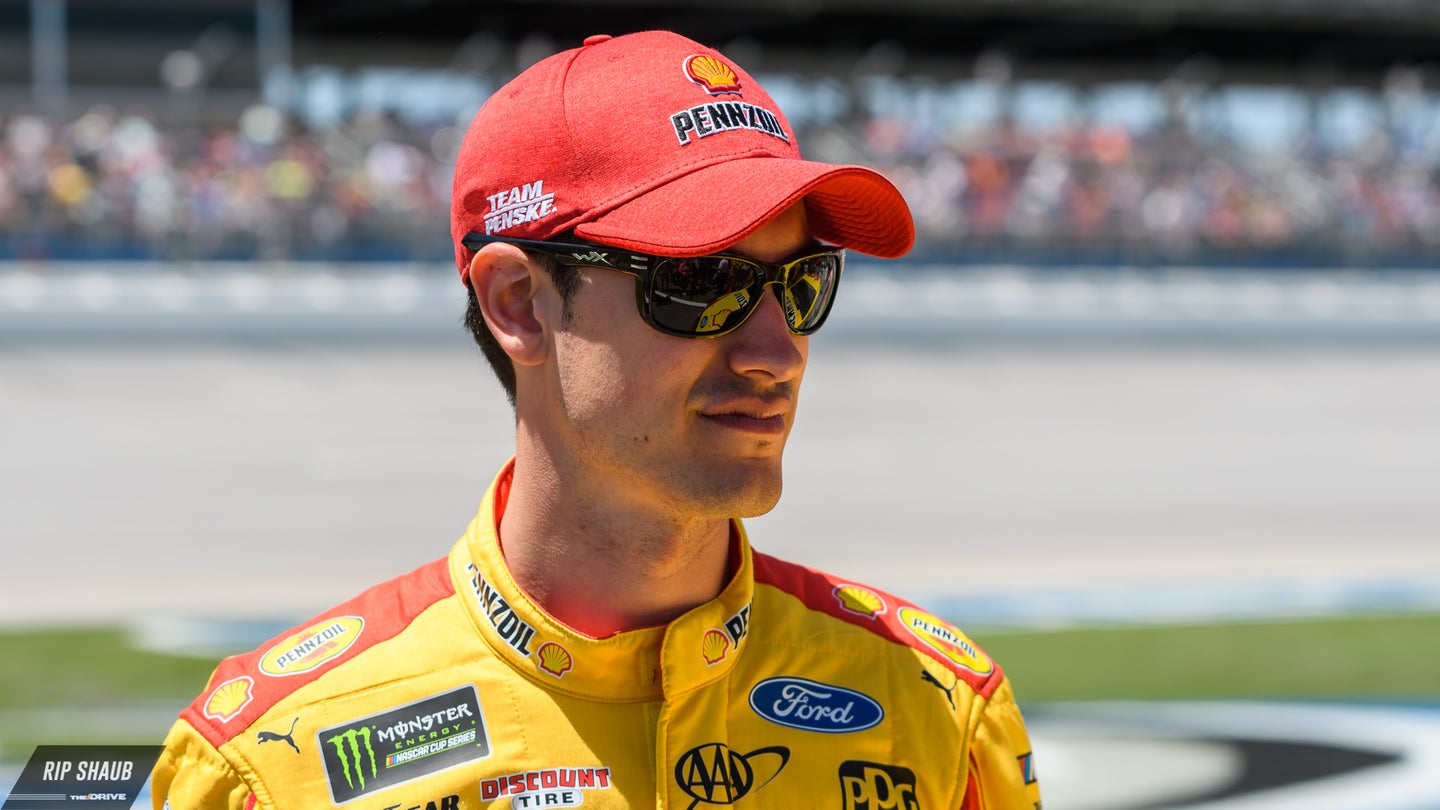 When Dale Earnhardt Jr. retired from competition as a full-time driver in the Monster Energy NASCAR Cup Series at the end of the 2017 season, Joey Logano inherited something from the 15-time Most Popular Driver that he believes helped him win the Geico 500 at Talladega Superspeedway on May 29—spotter T.J. Majors.

"Dale Jr. left me a good one with T.J. Majors, who allowed me to make the right decisions,” Logano said in Victory Lane on Sunday after his latest Cup win, the 19th of his premier-series career. "He gives me the picture behind me and tells me where to go. I just hold the steering wheel and make the right moves.”

"I think T.J. and Joey have done a great job,” Gordon said during the race winners’ post-race press conference at Talladega on Sunday. "They get race footage, and then, they go talk about what the race was. I guess I would put the spotter and driver combination as a marriage. You can have two wonderful people, and you got to find the perfect fit. Tab [Boyd, Logano’s former crew chief] did a phenomenal job for us. I think he continues to do a really good job for the 24 car, where he is now. But the opportunity at speedway races, I think T.J. has done a phenomenal job with Dale Jr. in the past several years. He's seen a lot."

"We saw the opportunity to bring T.J. onboard and help us grow our speedway program, whether it be how he helps Joey with it and how he sees things happen. There's a lot of communication from speedway side that the spotter can see that we can't. The driver can see the bumper of the car ahead of him. The crew chief can see what happens on the front-stretch. But the spotter sees everything. I think T.J. has been a great asset, just another place that we could build our notebook a little bit stronger."

Sunday’s victory at Talladega was Logano and Major’s first win together and Logano’s first in a year, dating back to his win at Richmond Raceway in April 2017.

Majors was Earnhardt’s spotter in NASCAR’s top series for 10 years, Earnhardt’s entire stint with Hendrick Motorsports as the driver of the No. 88 Chevrolet. With Earnhardt at HMS, Majors guided the driver to his last nine of his 26-career premier-series wins, including the last of his six-career victories at Talladega Superspeedway in 2015.

Earnhardt discovered Majors in 1997 while racing him online, pre-iRacing. The NASCAR driver moved the sim racer to the North Carolina area to put him in local late models and street stocks before moving him atop the grandstands at NASCAR tracks to spot.

Majors had ties to Logano before moving from Hendrick to Team Penske ahead of the 2018 season. One of Majors’ best friends is Logano’s Penske teammate Brad Keselowski. Keselowski drove a race car for Earnhardt in the NASCAR Xfinity Series early in his career, and through Dale Jr., Keselowski met and became friends with Majors.

"Going to be teammates with Brad,” Majors said of his move from HMS to Penske on the Oct. 16, 2017, installment of Earnhardt’s Dirty Mo Radio soon after the official announcement of his move was made. "Brad’s obviously one of my best friends."