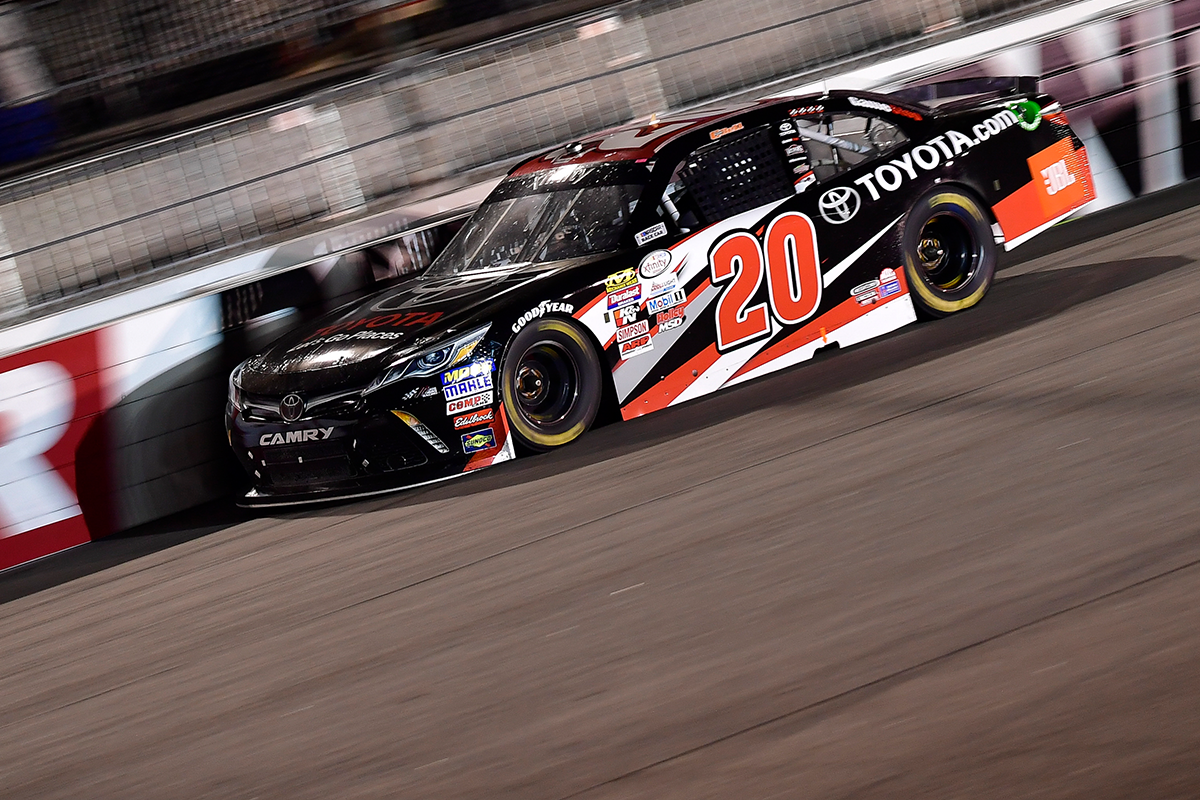 NASCAR’s Monster Energy series hit Martinsville Speedway in Virginia last week, and Clint Bowyer came out on top. Virginia’s next NASCAR event takes place at the Richmond Raceway and will be the ToyotaCare 250 and Toyota Owners 400 on April 20 and 21.

The men have all contributed to Toyota’s success in NASCAR. Busch holds nearly half of Toyota’s 332 NASCAR wins, Jones drives the No. 20 Toyota Camry, and Suarez, Hamlin, and Truex Jr. piloted customized Camry models with bold liveries and top-notch performance last year.

Toyota has served as a leading sponsor of the Richmond Raceway since 2013. The Raceway’s Vice President, Michael Waddell, said that Toyota was chosen as a sponsor because of its outstanding customer service.

“They really look to put value back into that relationship,” said Waddell in an interview with The Drive. "It’s not a transaction but a true relationship.”

The raceway staff attends monthly meetings with mid-Atlantic Toyota Dealerships and recently hosted a go-karting competition with the company. At the race, Toyota customers will be rewarded with promotional gifts and exclusive parking.

Michael Rooker, who played Rowdy Burns in the racing doc Days of Thunder, will wave the green flag at Saturday’s race. “We felt like that would certainly be a thrill for our fans to meet him,” said Waddell. Rooker, who was just named the raceway’s “Honorary Pace Car Driver,” will also drive onto the track in an Official Toyota Camry Pace Car to inaugurate the race.

Saturday’s race will feature a “Track Takeover,” a unique event that allows attendees to walk around the track with Daytona 500 champion Austin Dillon while viewing interactive displays.

With the Toyota series’ impressive roster of celebrity-packed, engaging activities, the race is bound to have a positive financial impact on NASCAR, which has faced recent monetary woes. Richmond Raceway only hosts two annual events but is working hard to address and combat NASCAR’s tribulations.

Richmond Raceway execs including Waddell and the track’s president, Dennis Bickmeier founded racingvirgina.com last April to showcase news and racing events at Virginia commonwealth’s 23 racetracks. In December, Waddell met with staff from eight of these tracks to discuss what they can do to improve the financially challenged industry. According to Waddell, Virginia now hosts more than 400 motorsport-related events every year.

The raceway is also in the midst of a major reconstruction, titled Richmond Raceway Reimagined, to be completed this fall. The $30 million project is run by the International Speedway Corporation, which will help build new garages, a revamped infield, and modernized seating for close-up views of each race.

“We are known as the try-something track,” Waddell said. “We’re going to be very aggressive in developing new programming that differentiates our track from others.”

Still, Waddell emphasized that the Toyota races are more about customer satisfaction than monetary gain.

“We’re gonna give them the opportunity to just engage and just be a part of our experience like no other,” he said.

Triad Racing Technology is selling its racing engine-building arm but will continue providing parts to Toyota teams in NASCAR.