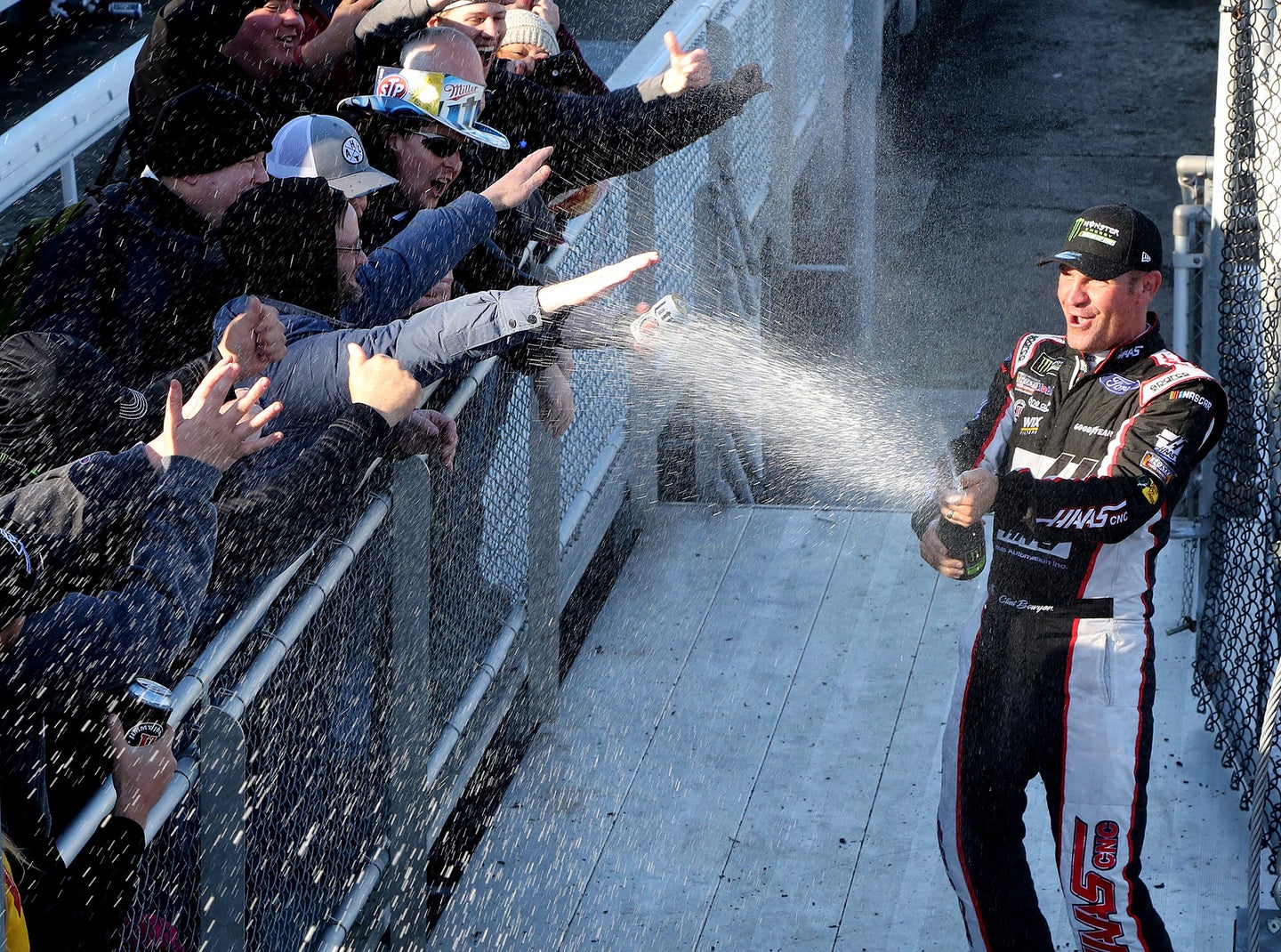 Finding a NASCAR fan that doesn’t appreciate Clint Bowyer’s personality will prove to be a difficult challenge. Everyone loves Clint Bowyer—everyone. At least, it seems that way.

When Bowyer captured the checkered flag for the weather-delayed Monster Energy NASCAR Cup race at Martinsville Speedway, it seemed as if every NASCAR fan let out a sigh of relief.  You see, Bowyer had not crossed the finish line in first place in 190 races. If you are trying to figure out how long that is, well, with 36 races a year, that’s over five years of racing without a win. Bowyer has experienced his fair share of ups and downs, but to claim fame to such a long, winless streak isn’t fair to one of NASCAR’s most captivating personalities.

The race at Martinsville was very tame. All the bump and run we have come to expect at the “half-mile of mayhem” was missing. There were just two memorable battles all day. Ryan Newman seemingly gave Erik Jones a taste of why most NASCAR drivers consider him one of the hardest drivers to pass on the track. And of course, there was the “classy” battle between Denny Hamlin and Kevin Harvick.

Last year, it was Hamlin and Chase Elliott that danced around the Paper Clip shaped track that led to their infamous and much-publicized dust-up. Hamlin put a bumper to the back of Elliott who then spun out and wrecked as they raced for the win. This time, it was Hamlin and Harvick who battled.

“Bumping” and “brake-checking” is how Hamlin described his battle with Harvick during the STP 500. For onlookers, it looked more like frustration had set in. During a post-race press conference at Martinsville, Hamlin said, “He [Harvick] just got to me and I think bumped me three or four times. And then I was just bumping him back and he brake-checked me. I guess I probably shouldn’t have brake-checked him in the first place. They were just light bumps here and then he just slammed on the brakes. So, classy.”

Kyle Busch scored yet another second-place finish for the third time in the last four races, and Ryan Blaney did lead 145 laps at Martinsville, but the day belonged to Bowyer. Weather may have postponed the Cup race at Martinsville Speedway until Monday, and the on-the-track action may be viewed by many short-track fans as lackluster, but it was well worth the wait—if only to see Bowyer’s post-race celebrations.