Kevin Harvick is celebrating the successes of 'old guys' over the young up-and-comers early this season. 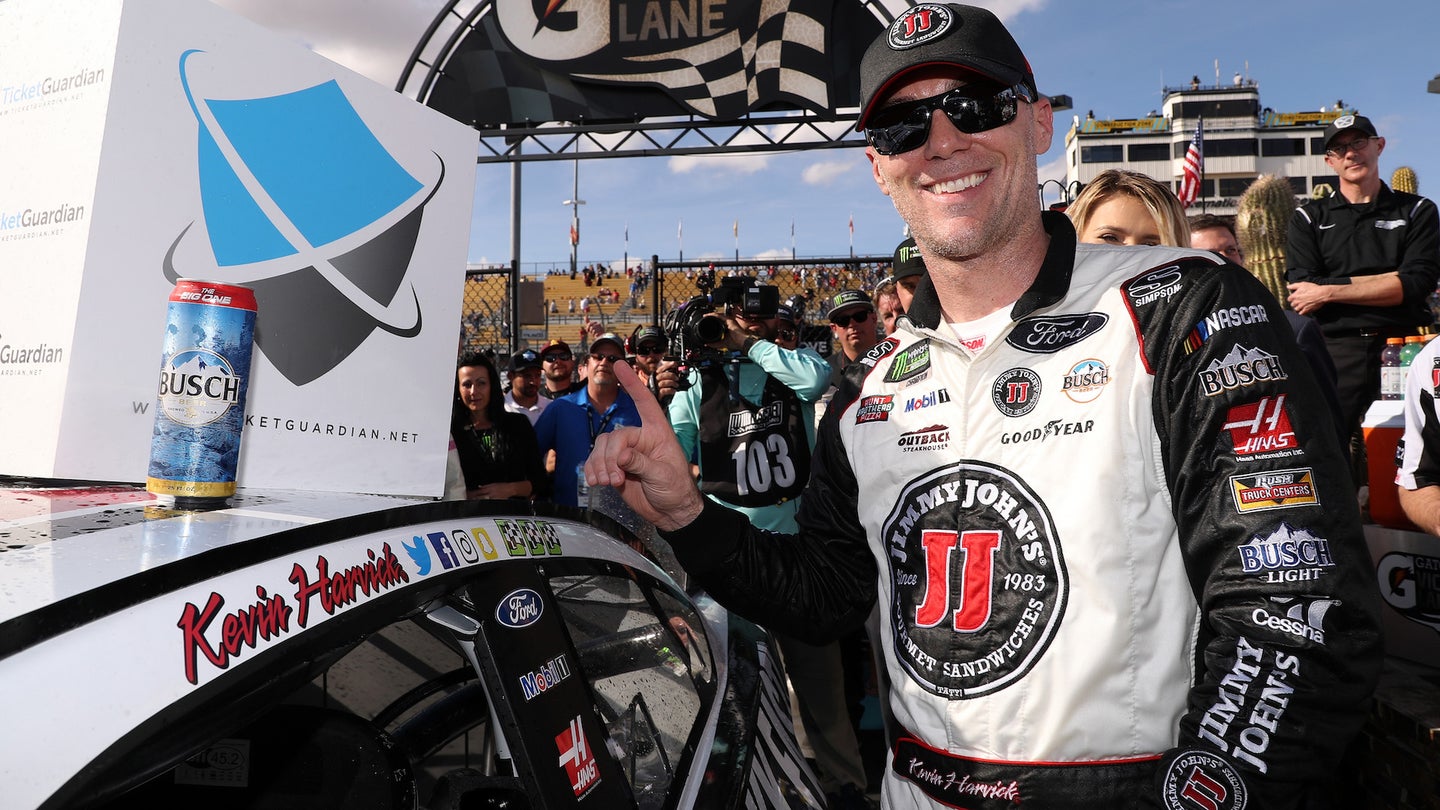 NASCAR’s marketing efforts, as of late, seem focused on its young up-and-comers, like Chase Elliott, Ryan Blaney, Erik Jones and Darrell Wallace Jr. Meanwhile, veteran racer Keven Harvick is reveling in the performance of some of the Monster Energy NASCAR Cup Series’ seasoned veterans. On Tuesday, the day after his Stewart-Haas Racing teammate, 38-year-old Clint Bowyer, won the weather-delayed STP 500 at Martinsville Speedway in Virginia, Harvick reported the average age of the winners of the six Cup races, so far, this season is 38.5.

The 2018 season’s first six races have produced four different winners—Austin Dillon, Kevin Harvick, Martin Truex Jr. and Clint Bowyer—with Harvick winning three of those six. Dillon, who kicked off the season as winner of the Daytona 500 in February, is the only winner so far this year who's younger than 30, at the age of 27. Of the remaining three 2018 winners, reigning champion Truex is youngest at 37. Bowyer is 38.

When Harvick, 42, won the second in his string of three-straight victories at Las Vegas Motor Speedway in early March, seven-time champion Jimmie Johnson, also 42, got the Twitter conversation started about the veterans in victory lane.

Harvick then acknowledged the tweet, celebrating the “old guys."

The emphasis the veterans, namely Harvick and Johnson, are putting on the age of race winners this year, has been perhaps spurred by a war of words during the NASCAR Media Tour in Charlotte, North Carolina in January between Kyle Busch and Blaney and Wallace over NASCAR’s promotion of its younger drivers. Busch referred to NASCAR’s promotion of the up-and-coming drivers over its veterans as “stupid,” while Wallace referred to Busch’s comment as “stupid.”

As for Blaney’s part in the debate, Team Penske’s youngest driver suggested that veteran drivers, specifically Busch, would be asked more often to participate in NASCAR’s marketing efforts if they didn’t say “no” so much.

“I feel like if some drivers were more willing to do these things, they’d get asked more to do it,” Blaney said. “And the reason why I get asked to do it a lot is because I say yes a lot.”

Considering veteran drivers are the ones visiting victory lane the last five weeks in NASCAR premier-series competition, since Dillon's Daytona 500 victory, looks like the veterans are doing a good job of promoting themselves.