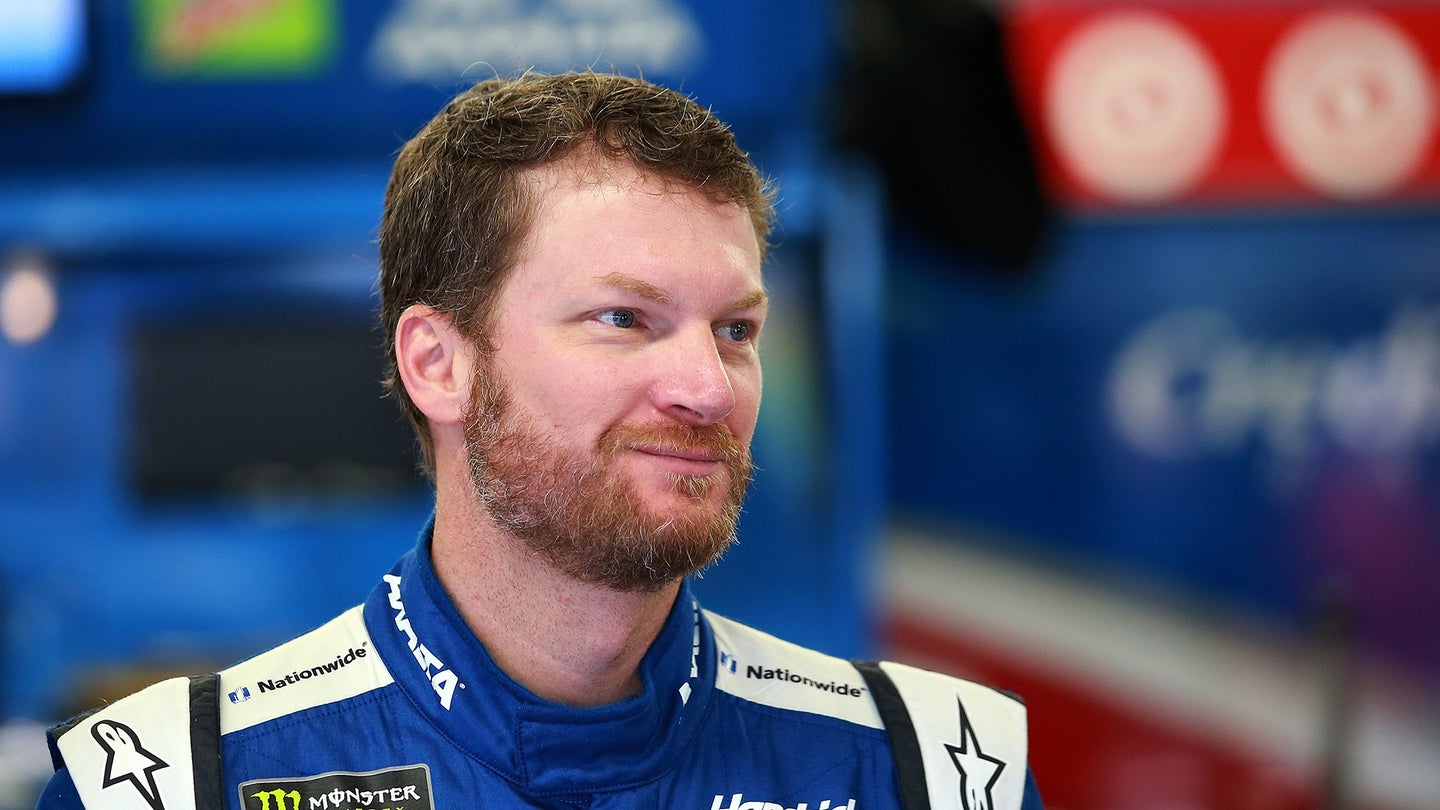 Dale Earnhardt Jr. is hanging up the helmet after the 2017 NASCAR season ends. Thankfully, retirement isn't keeping him far from the track. For 2018, he'll move up to the broadcast booth with NBC.

It almost seems too simple to say, but all of this is true. Junior has won the NMPA Most Popular Driver Award fourteen consecutive years in a row. His family is NASCAR royalty and he is most certainly one of the most knowledgeable people when it comes to the sport.

But what makes Earnhardt really shine is his personality. He is a friendly, likable, and funny guy. I personally don't watch NASCAR, it's just not for me, but I do like Dale Jr. I'll probably watch a few NASCAR races next year just to see how he's doing in the booth. And that is precisely why NBC has brought him onboard. He has an appeal that reaches beyond the sport.

NBC is looking to use Earnhardt for more than just NASCAR broadcasts. In its press release, NBC said "The agreement with NBCUniversal allows Earnhardt a wide range of opportunities in the company’s media businesses, including movies, television, podcasts, and other areas."

Of his deal with NBC, Earnhardt seemed more than a little excited about it.

“It is a tremendous honor not only to join NBC Sports next year but to begin a new career alongside people who love NASCAR as much as I do,” said Earnhardt. “To be reunited with Steve Letarte, to be able to call legends like Jeff Burton, Dale Jarrett and Kyle Petty teammates rather than just friends, to be able to continue going to the track and connecting with race fans, it’s a privilege I don’t take lightly. I will devote my heart and soul to this broadcast team and pledge my very best to the millions who watch it.”

After missing the last half of the 2016 season due to a concussion (one of many throughout his career) and announcing his retirement at the start of the 2017 season, the NASCAR world was has been wondering what would be next for Earnhardt. With the announcement of the NBC deal today, fans can rest easy knowing that Junior isn't going far. It's also worth noting that Earnhardt is planning on entering at least two Xfinity Series races next season. Once a racer, always a racer.

NASCAR Racer Dale Earnhardt, Jr.’s Plan To Donate His Brain to Science Is More Important Than You Think

His action will shed a lot of light on CTE research.