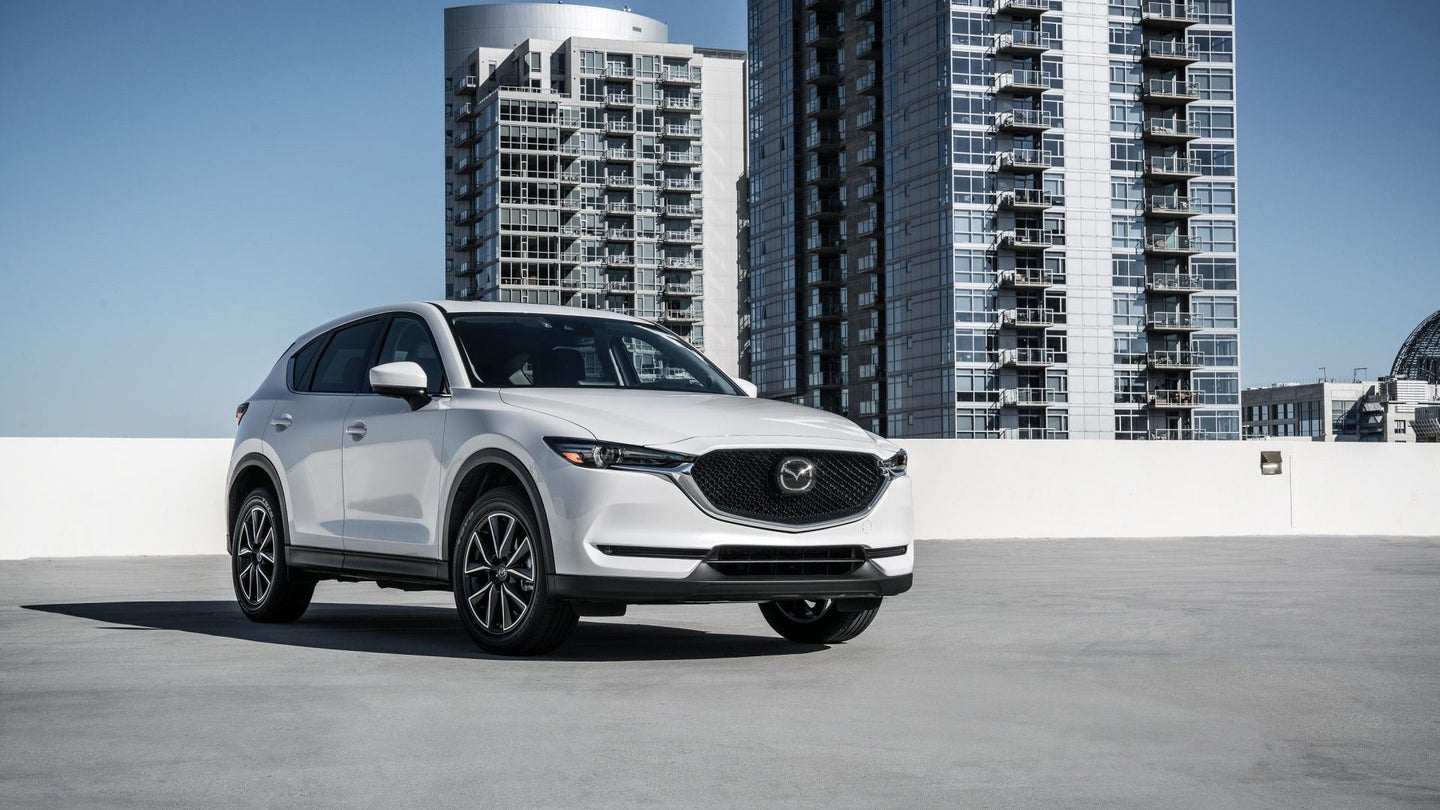 The Mazda CX-5 is a wildly popular crossover that accounts for more than half of all of Mazda’s sales in this country. We’ve been hearing rumors that Mazda will bring a Skyactiv-D diesel engine to the States for a few years, but now it looks like it’s actually happening thanks to newly posted fuel economy figures on fueleconomy.gov that appear to confirm a diesel option is coming to the U.S.-spec CX-5.

So that means better fuel economy, right? Technically, yes, but it’s not what you might think. We compared the EPA’s numbers and assuming they’re accurate, the FWD CX-5 with a diesel is only more efficient than its gas counterpart by 1 combined mile per gallon. For the AWD models, the diesel gets a whopping 2 combined mpg improvement.

The highway mileage is identical for the two engines (31 for FWD, 30 for AWD) and the city burn rate is a little better for both (28 vs 25 for FWD, 27 vs 24 for AWD). Not only are they barely more efficient, but the EPA estimates you’ll actually be spending more money on fuel with the diesels than you would be with the gas engines thanks to difference in pump prices. Here are the EPA’s estimated annual fuel costs for each model:

These differences are pretty modest, but the only one of the bunch where the EPA estimates that you’ll spend less money on gas than the average new vehicle is the FWD gas-powered CX-5.

So, the only reason to get a diesel CX-5 is if you specifically really want a diesel CX-5. If the EPA is to be believed, you’ll save more money in the long run with the slightly less efficient gas engine—or with a diesel Equinox, of course.

Nikkei goes on to name motorcycle maker Yamaha as another suspected cheater.