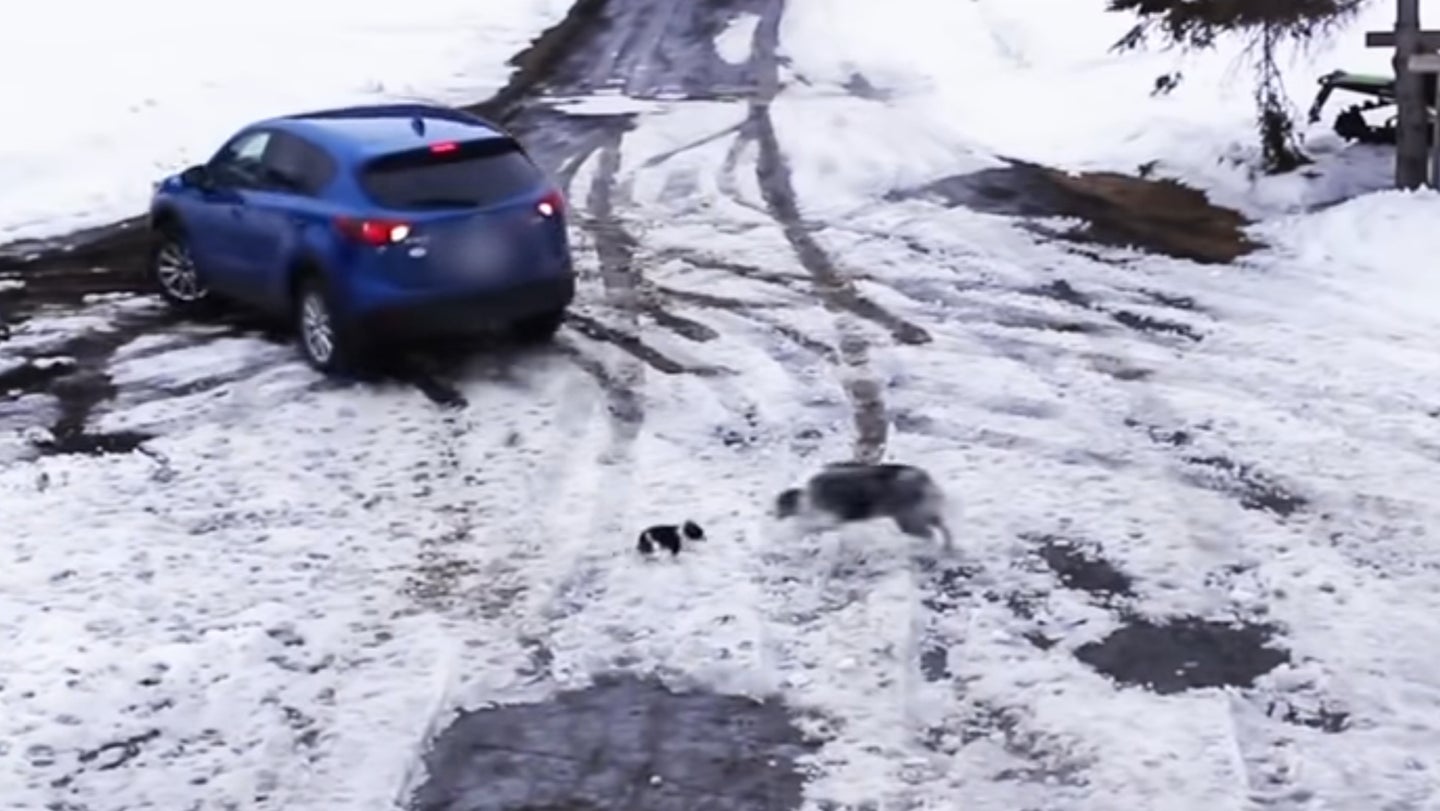 It's never good to see a flash of dog run past your rear-view mirror when you're backing up a car, but that's exactly what had one Mazda CX-5 driver very, very concerned. And for good reason, as a video from a home security system shows the near-death encounter for a little Chihuahua.

"First I thought I had crushed my dog," the driver notes in a video caption.

Yet the video of the driveway itself captured something even more incredible—a true act of doggo-saves-doggo heroism.

The slowest-moving of the pups is a cute little black and white chihuahua, who was very nearly crushed by the Mazda as he ventured back into the driveway as the Mazda was backing up.

The chihuahua looks like he was going to go right into the path of the Mazda's wheels until the border collie swoops back in a blur to save the chihuahua.

It's an incredible thing to watch, as these two dogs clearly aren't related but have become best buds anyway. The driver is visibly relieved when she opens her door to see both dogs waiting for her, and leads both dogs away from the driveway.

Either way, it's a good idea to make sure all of your pets are secure before you back up, especially if they're smaller and not able to move quickly. Even though many cars have trick rear-view cameras and even 360-degree overhead views, the littlest ones can still sometimes slip past your view.

As we saw here, some dogs aren't afraid to move fast and straight into harm's way, too. We're glad this pupper was brought to safety, and it didn't become an even sadder incident where two dogs were hurt instead of one.