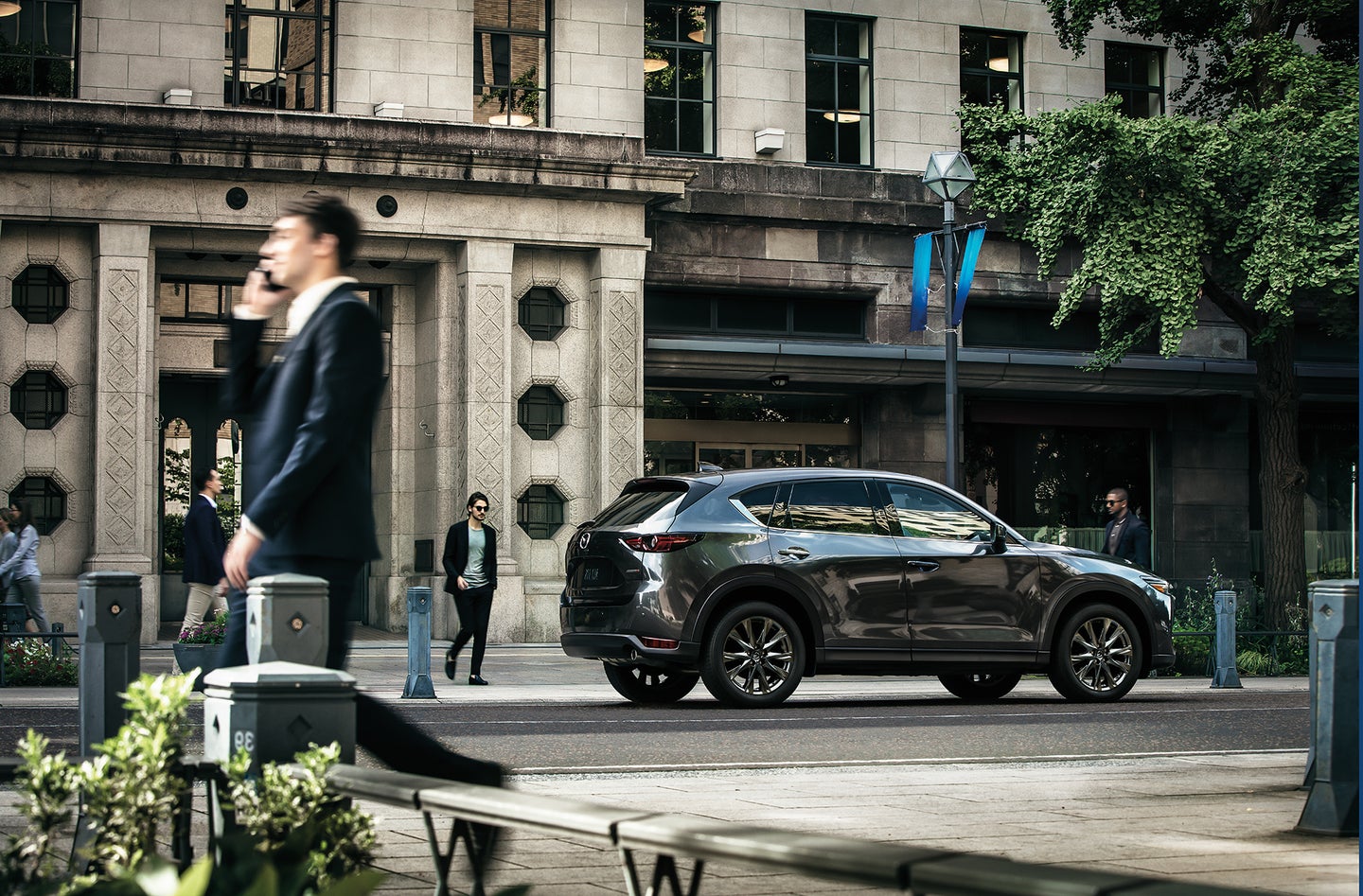 Topline: After what seems like an eternity with countless rumors, hints, and teasers, Mazda is finally ready to launch its first-ever diesel-powered passenger vehicle in the U.S. market. And it will arrive in the form of an updated CX-5 crossover, which takes its official first bow in the Big Apple at the 2019 New York

What's New: We say "after an eternity" because Mazda promised to deliver its first diesel passenger vehicle in the U.S. way back in 2012, a whole seven years ago. Although the current CX-5 was just updated two years ago, the addition of the diesel motor is a hugely welcome addition after much anticipation.

To explain, there were quite a few delays in between, both from within the industry and with Mazda’s research and development that just kept the small automaker from making its compression-ignition motor available to U.S. customers.

Firstly, diesel power underwent a significant amount of scrutiny after Volkswagen, one of the most prolific sellers of diesel-powered passenger vehicles in the United States was caught cheating on emissions testing with their TDI models. And the problem wasn’t just isolated to Volkswagen, as the company’s subsidiary brands, like Audi and Porsche, were also horribly affected. As a result, all companies selling diesel cars under the U.S. were essentially put under the microscope, and such scrutiny even extended to the diesel-loving European and Asian markets.

Nonetheless, we digress, and Mazda’s CX-5 diesel is here.

Quotable: “As Mazda continues our climb toward premium, we will offer more powertrain choices that premium customers expect,” said Jeffery Guyton, Mazda’s newest president of North American operations, in the company’s official release. “I am happy to share that Mazda’s Skyactiv-D 2.2-liter diesel engine is joining the U.S. powertrain lineup with our debut model, the 2019 CX-5 Signature AWD with Skyactiv-D.”

What to Know: Mazda is clearly moving upmarket, making its new models more luxurious and premium feeling than ever before. And thus, Mazda hopes its new Skyactiv-D engine will diversify its lineup even further, combining all the lovable qualities of its popular-selling CX-5 midsize crossover with the amazing fuel efficiency that diesel power provides, thanks to strong demand.

The CX-5’s new oil burner is a carryover item, meaning it’s the same Skyactiv-D four-cylinder that European customers have already become accustomed to. It produces 168 horsepower peaking at 4,000 rpm, bolstered by a whopping 290 pound-feet of twist, all of which is readily available at just 2,000 rpm. Thanks to a sequential twin-turbocharged setup, Mazda promises quick, linear, and smooth throttle response with minimal turbo lag with a rev limit of 5,500 rpm, which is quite high for a diesel motor.

To make the new Skyactiv-D engine available in the U.S., Mazda made sure to work closely with all of the necessary regulatory bodies, including the extremely strict California Air Resources Board, to ensure the engine met all federal and state emissions requirements. This was also to make sure that it doesn't fall down the same path as Volkswagen.

All the details still have yet to be released, but Mazda thus far has said the Skyactiv-D motor will be available with the 2019 CX-5 in top-specification Signature trim with all-wheel drive. It will start at an MSRP of $41,000.

We imagine the rest of the nitty-gritty will surface as the show carries on through next week.

2019 Mazda3 AWD Review: Switchbacks and Snowbanks in a Near-Luxury Compact