Mazda Hybrids Will Only Be Offered When Needed, Not Expected in US for 5 Years

Mazda North America CEO believes its already fuel-efficient engines will allow the company to adopt hybrid tech when and if regulations require it. 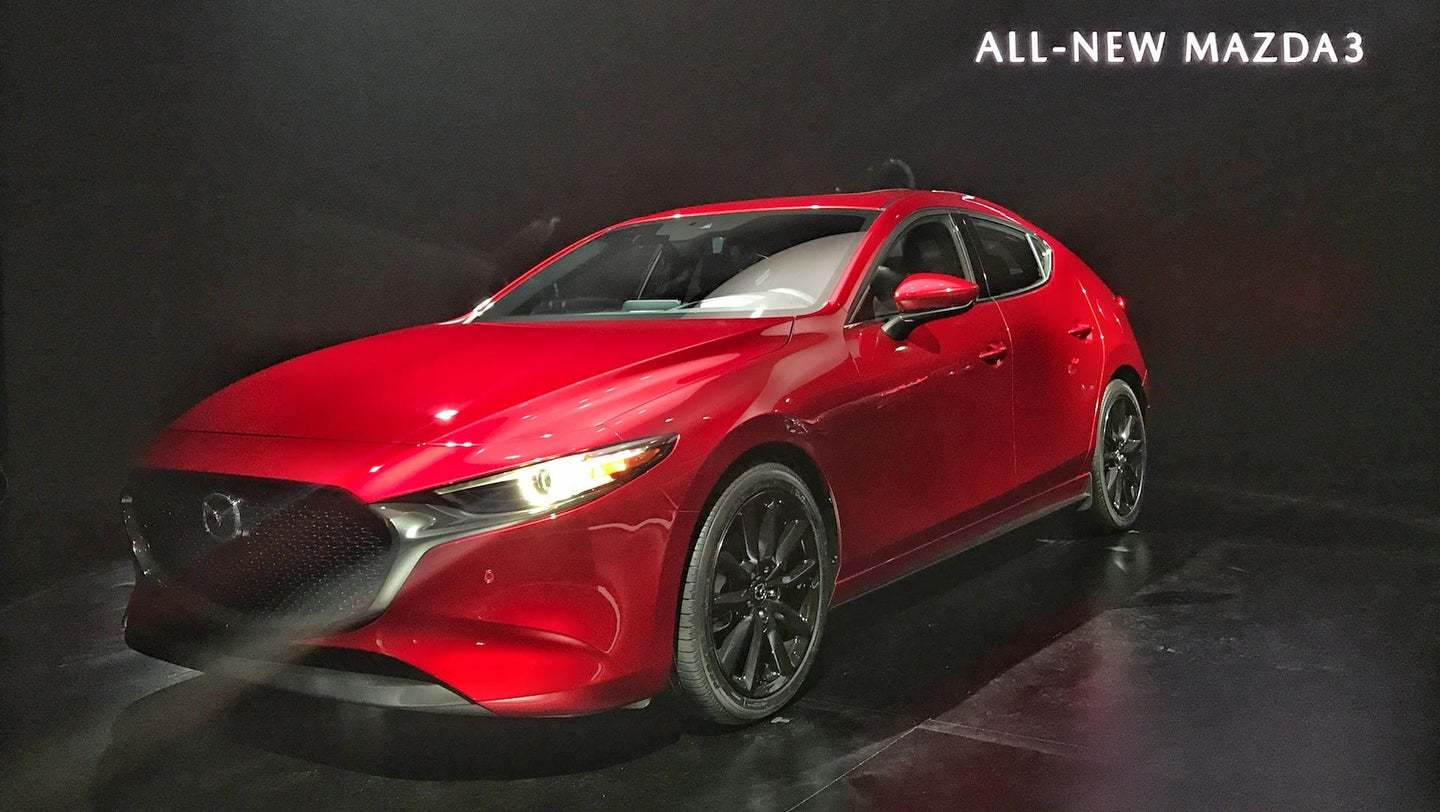 While every automaker is currently finding ways to shovel gargantuan sums of money into their hybrid, electric, and autonomous driving programs, Mazda is taking a different approach that will most likely keep Americans from driving a hybrid Mazda for at least five years. As long as government-mandated regulations remain put, that is.

During a recent chat with Mazda North America CEO Masahiro Moro, The Drive learned that the Japanese automaker isn't in a hurry to roll out a hybrid or electric powertrain—and that its already efficient line of SkyActive Technology gasoline-powered engines is to blame for that.

"The big advantage we have is already a very, very efficient engine, the SkyActiv, so we don't need to get a very big [hybrid] system to couple with our combustion engine," Moro-San told The Drive.

"At this moment in the USA I don't think that is necessary, but in five years, of course, we are ready to do that," he added.

Given Mazda's affinity for producing engaging cars that are efficient but fun to drive, it makes sense to delay the electrification of its vehicles. In fact, Mazda design lead Ikuo Maeda previously confirmed that Mazda won't be following recent drivetrain trends, and that the automaker's first electrified vehicle most definitely won't be a sports car.

Most recently, Mazda's Executive Officer for Powertrain Development Ichiro Hirose said the automaker is "considering" using a rotary hybrid engine, but claimed that it would be purely for meeting strict regulations rather than for outright performance.

"I think, connected vehicle, autonomous vehicle, sharing, electrification, we have to embrace those changes, those technologies, said Moro-San. "We have partnered with a couple of big manufacturers like Toyota, and we have that technology. We have a very good brand for electrification and autonomous driving. But how we're going to utilize that technology is pretty much different compared to the big players."

"So we have of course a small hybrid system to couple with, but only where regulations require to do it, and at the right time," he added.

As emissions regulations fluctuate around the world, having a hybrid system on tap that could be easily rolled out will be crucial for quick adaptation to changing market conditions. And while Moro-San didn't specify whether the development of hybrid powertrains was ongoing, it was made clear that that the right contingency plans were in place.