Mazda3 Skyactiv-X Engine Reportedly Getting 178 HP in Europe, Could be More Powerful in US

The trick, supercharged four-cylinder could make the new Mazda3 especially punchy for its class. 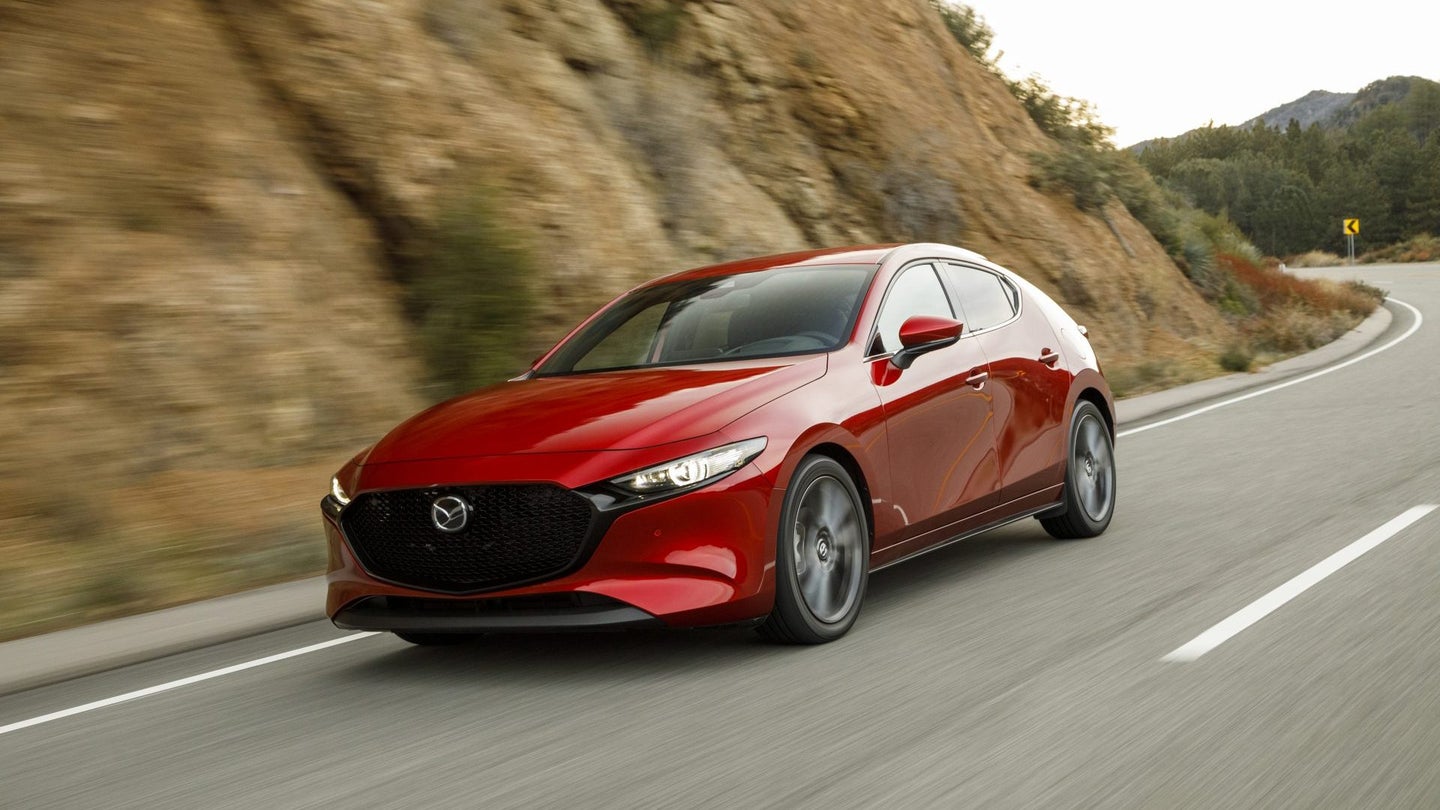 While Mazda USA has yet to release powertrain specs for its upcoming Skyactiv-X-powered Mazda3, we now have a ballpark figure to work off of thanks to one of its European equivalents. Spotted by Autoblog is a Slovakian Mazda brochure that lists the new 3 as having 178 horsepower and 164 pound-feet of torque.

The displacement of the Slovakian-spec engine wasn't specified but, for what it's worth, Mazda has said that the Skyactiv-X motor coming to the States would be a 2.0-liter supercharged unit. What's more, the company allegedly told Autoblog at last year's L.A. Auto Show that the revolutionary engine would debut in markets with more stringent emissions regulations first. Like Slovakia, for example.

Therefore, it isn't unreasonable to expect slightly more power from the Skyactiv-X Mazda3 when it reaches U.S. shores, a notion that lines up with a previous company estimate that it would get around 190 hp and 180 pound-feet. In comparison, the 2.5-liter Skyactiv-G found in the 2018 Mazda3 makes 184 hp and 185 pound-feet.

Skyactiv-X uses a new spark-controlled compression ignition system and aims to deliver the performance of a 2.5-liter gas engine and the fuel efficiency of a 1.5-liter diesel—or, by another metric, 20 to 30 percent better fuel economy than Skyactiv-G.

The 2019 Mazda3 will only come with the 2.5-liter Skyactiv-G when it launches in March but the new engine is expected to arrive sometime later this year. While a manual transmission and all-wheel drive can technically work in tandem with Skyactiv-X, whether or not Mazda will actually offer such a car remains to be seen.

I thought I escaped the scourge of the term “greige” when I turned off HGTV, but no! No! It found me! HELP ME, RED LEATHER. HELP!

Sporting swanky new paint and Rays wheels, this sizzling variant of the 30-year-old Miata will be limited to 3,000 units.