Mazda isn’t comfortable letting the MX-5 rest on its laurels, and will give the sports car a significant horsepower and tech augmentation this year. 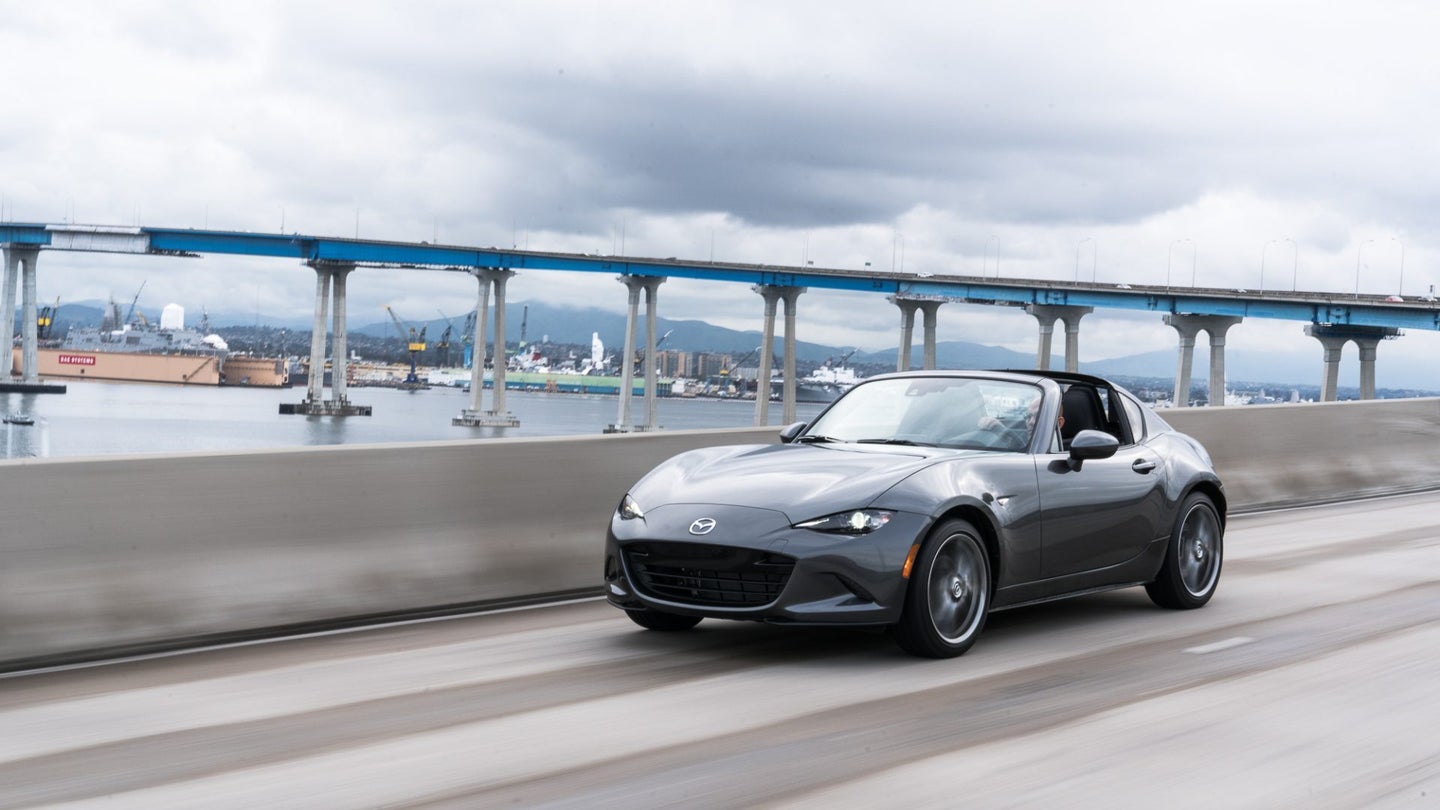 Topline: Mazda announced Monday that its MX-5 RF convertible's entry price will climb for the 2019 model year, justified by a healthy increase in horsepower, and updated safety tech options.

What's New: The MX-5's 2.0-liter Skyactiv-G inline four receives a significant rework for 2019 model year cars which reduces internal friction and component weight, the end result being a 17 percent leap in power from 155 to 181 horsepower and a redline raised from 6,800 to 7,500 rpm. A marginal increase of three pound-feet of torque plays wingman for the horsepower hike.

The telescoping steering wheel added to the base model 2019 Mazda MX-5 reappears on the RF, though the RF swaps a steel steering column for a lighter aluminum one. To account for the RF's buttressed foldaway roof, a rearview camera is now standard equipment on the RF. Optional tech extras include traffic sign recognition and low-speed automated emergency braking.

What You Need to Know: As horsepower becomes more bountiful across the sports car market, the MX-5's already rare breed of small, lightweight sports car becomes even rarer. Only the Toyota 86 is a legitimate competitor in the United States, though it lacks the convertible roof that makes the MX-5 attractive to the general populace. Dwindling demand for compact cars in the U.S. has led to a dearth of inexpensive convertibles, leaving Mazda's option as one of the few options in the lower five-figure range. With how good the MX-5 is, though, we're not missing variety.