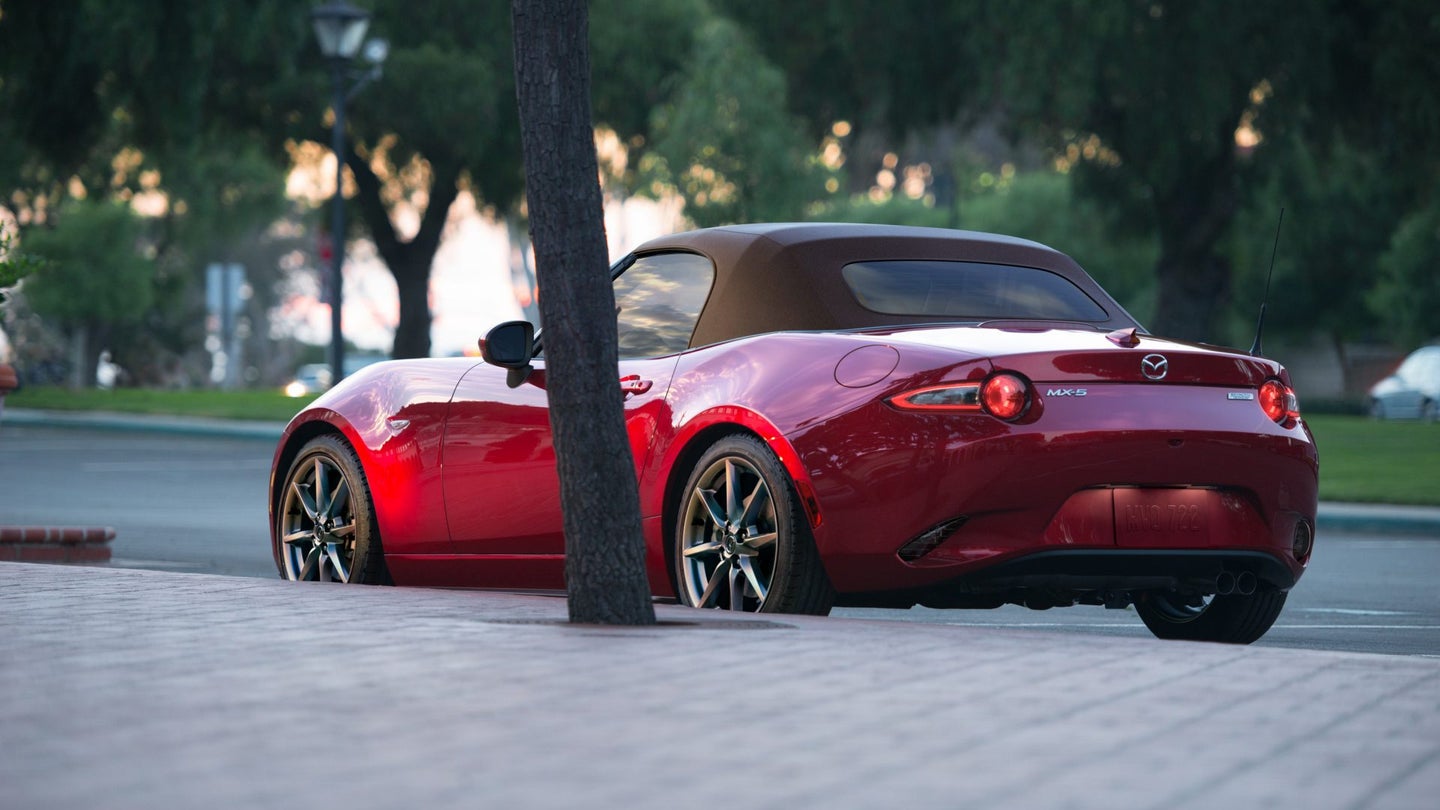 As we previously reported, the Miata is officially getting a substantial power bump for 2019. Twenty-six horses more than before, to be precise, for a grand total of 181 horsepower. The Japanese roadster's 2.0-liter also gets a higher redline with a tachometer that now peters out at 7,500 rpm instead of 6,800 rpm.

As for what software folks might call "UX enhancements," the 2019 MX-5 gets a new, optional brown soft top, black 17-inch wheels, a telescoping steering wheel (the first one ever fitted to a Miata from the factory), improved cupholders, and revised seat levers. Its doors are also apparently easier to open, somehow. Look for the MX-5's first door-opening impressions here on The Drive later this year.

Mazda has also thrown a bevy of i-ACTIVSENSE safety features at its latest sports car including a standard backup camera, Traffic Sign Recognition, and Smart City Brake Support. Purists need not worry too much, however, as all this tech only adds seven pounds to the car's curb weight which could probably be offset with a couple more trips to the gym.

Quotable: "The Mazda MX-5 Miata has never been about power," reads a company press release. "It’s a car whose sole purpose is to help the driver and passenger fall in love with driving. But, a little extra power never hurts, which comes as one aspect of numerous updates for the 2019 model year."

What You Need to Know: According to Mazda, all of the Miata's under-the-hood improvements were achieved thanks to pistons that are now 27 grams lighter, connecting rods that have lost 41 grams of weight each, reworked intake ports, higher-pressure fuel injectors, a new dual-mass flywheel, and a new exhaust system. The car's final drive ratio has been upped from 3.454 to 3.583. If you only know some of these words, don't fret. Mazda's engineers recognize all of them and that's all that matters.

Mazda has also promised details on the 2019 MX-5 Cup race car at a later date.

The Miata will also get a telescoping steering wheel for the very first time.