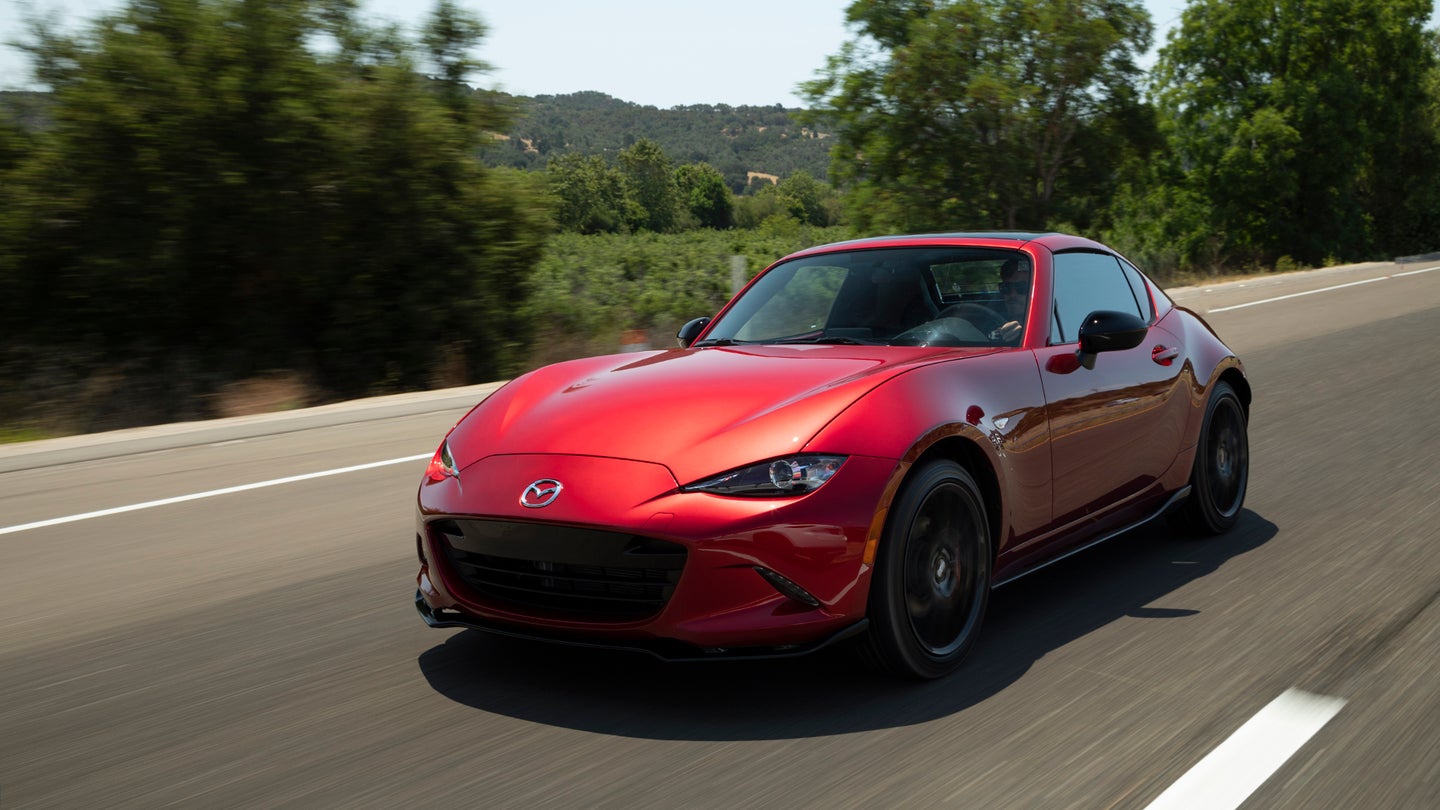 The world rejoiced in June when Mazda announced that the 2019 Mazda MX-5 Miata will be getting a much-desired power bump over the outgoing model. It's 2.0-liter SKYACTIV-G engine will be putting out a peppy 181 horsepower, up from 155 in last year's car. And now we know just what that extra oomph will cost you: $435 over last year's base price. Not bad at all.

The Miata has always been one of the biggest performance bargains on the market around $25,000, though its abilities are best measured in the corners rather than a straight line. If a 26-horsepower bump (plus an increase of 3 pound-feet of torque) doesn't sound like a lot, consider the fact that the car weighs less than 2,500 pounds. A seventeen percent increase in grunt is nothing to sneeze at, especially when Toyota 86 and Subaru BR-Z owners continue to shout into the void about their own cars' deficits on that front.

And neither is the price. The basic soft-top 2019 MX-5 Sport will start at $25,730 (not including $895 destination), which is a measly $435 more than the base price of the 2018 model. That extra cash also brings in a few more standard features like a backup camera, a telescoping steering wheel, and a redesigned aluminum steering column intended to save weight. Its EPA-rated fuel economy is a smidge better than the old car—about 1 mpg combined—which probably means that boost will be invisible to most drivers.

But the power bump, achieved through lighter engine internals and a new exhaust setup, surely won't be. And it's the same engine on all trims, so you're guaranteed a good time whether you're in the cheap-ish Sport or the top-flight MX-5 Miata Grand Touring RF starting at $34,410. Check out the company's new fact sheet for a fuller pricing breakdown—or head to a nearby Mazda dealership, where the 2019 Miata is now officially available.

The Hoonigans All Collectively Thrash on Their Miata Kart

The Hoonigan crew finally finished their Miata Kart build and take it for a ride.