The Miata will also get a telescoping steering wheel for the very first time. 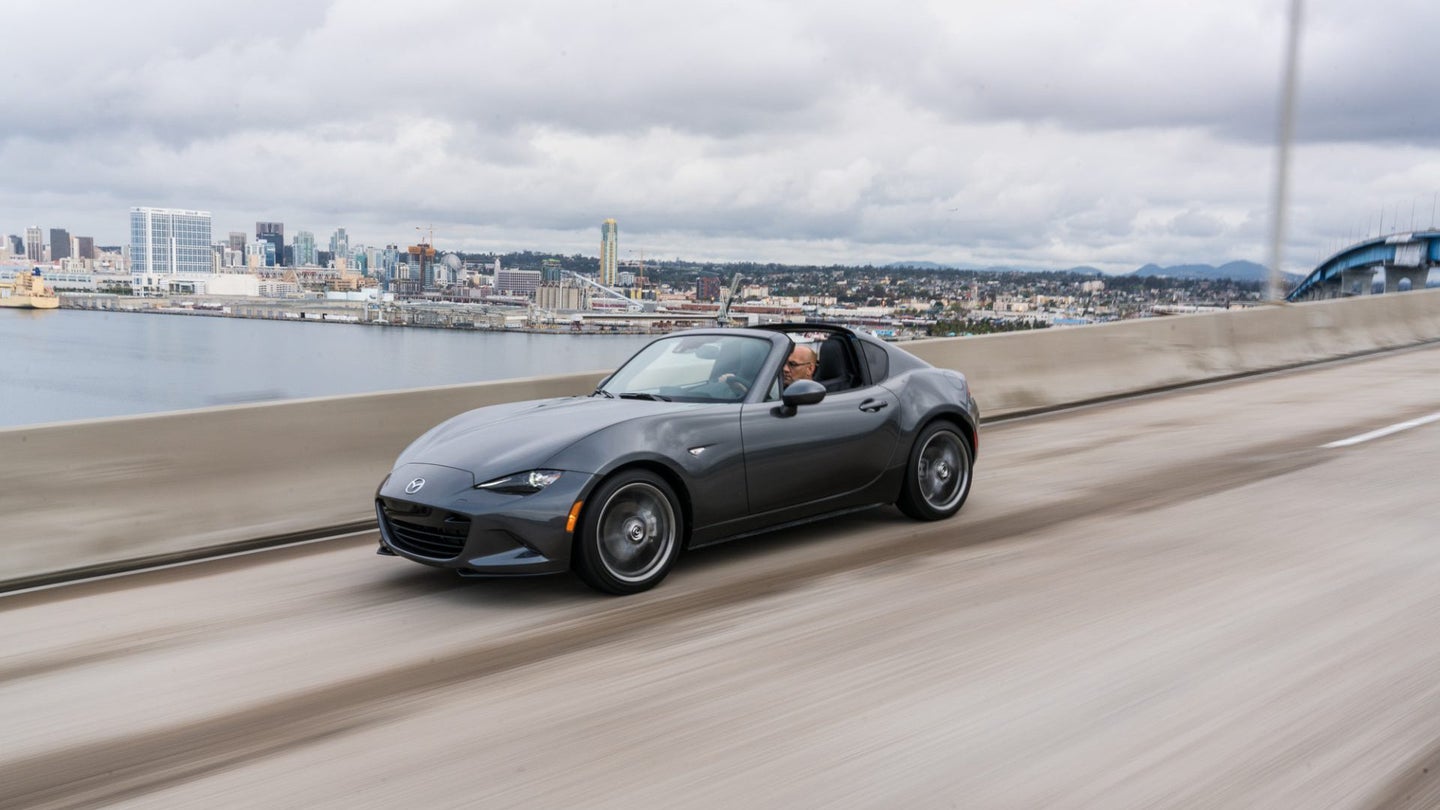 Back in March, we reported on a National Highway Traffic Safety Administration filing that indicated the 2019 Mazda MX-5 would get a substantial power bump. New reports now tell us that the power bump, along with a higher redline and a telescoping steering wheel, are most definitely coming to next year's Miata.

Spotted by the folks at Road & Track, Japanese auto magazine Car Watch recently spent some time behind the wheel of an RF version of Mazda's latest roadster. As you've probably already gathered from this story's headline, they found a car that now produces 181 horsepower—26 horses and almost 17 percent more than the 155 present in the current model. The car's redline also gets a significant bump, now sitting at 7,500 rpm rather than 6,800 rpm thanks to increased valve spring rates and pistons that are now 27 grams lighter than before.

Other under-the-hood improvements reportedly include connecting rods that are now 41 grams lighter, tweaked counterweight arrangements in the crankshaft, and a throttle body opening that's now 28 percent bigger. To compensate for the increased air and fuel flowing through the powertrain, the MX-5 also gets a new, bigger exhaust valve, a new exhaust manifold, and a new muffler.

For the first time ever in a Miata, the 2019 car will apparently come with a telescoping steering wheel which should make life a lot more comfortable for anyone bigger than Mazda's most diminutive test pilots. I recently spent some time with last year's MX-5 RF and as a completely average-sized male, I struggled to reach the steering wheel comfortably without having my knees jammed right up against the bottom of the dashboard. Looks like Mazda got my strongly-worded emails, then.

When we reached out to Mazda U.S.A. on whether or not these changes would make their way stateside, a spokesperson responded, "We can’t offer any comment on whether these specs are pertinent to the U.S. at this time."

Based on a new NHTSA document, next year’s Miata could get 181 horsepower.