Sporting swanky new paint and Rays wheels, this sizzling variant of the 30-year-old Miata will be limited to 3,000 units. 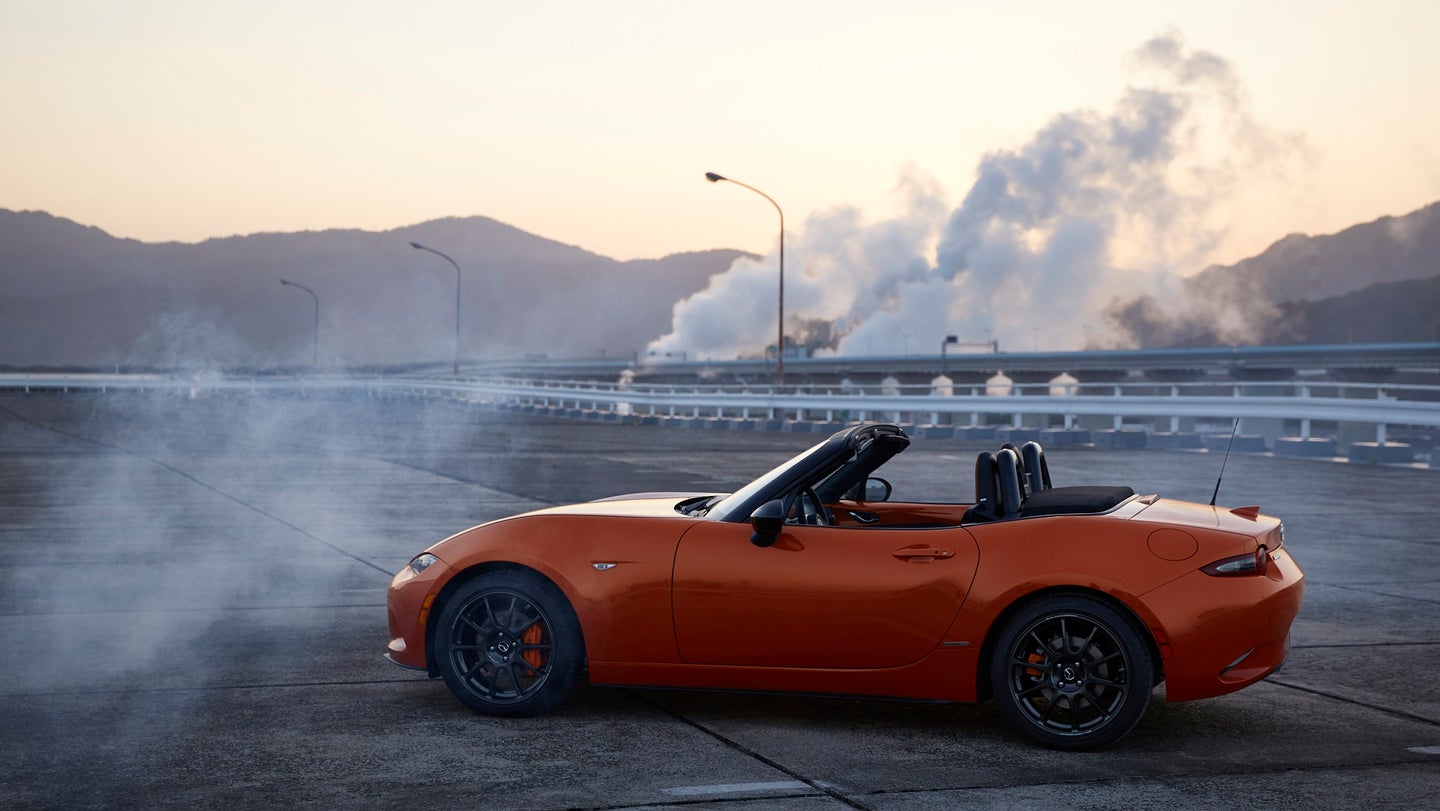 As promised, Mazda took the wraps off of a special edition of its much-loved MX-5 at the Chicago Auto Show on Thursday. It celebrates the roadster's 30th birthday at the very same auto show where the O.G. Miata first debuted in 1989.

What's New: To celebrate three decades since the world first clapped eyes on the NA Miata, Mazda has given its latest special edition sports car an exclusive coat of orange paint imaginatively dubbed Racing Orange. The vitamin C theme extends inside with orange trim gracing the seats, door cards, dash, and shift knob. Peeking behind the wheels are orange brake calipers (Brembos up front, Nissins in the rear).

Speaking of wheels, the 30th Anniversary Edition also gets forged Rays ZE40 RS30 aluminum wheels that were apparently developed exclusively for this car. Of course, it wouldn't be a special edition motor vehicle without a badge that sets it apart from its less special stablemates and the 30th Anniversary MX-5 is no different.

Quotable: "After 30 years and with more than 1 million examples sold, Mazda feels that the MX-5 is no longer its own creation," reads Mazda's press release. "It belongs to the fans around the world who have supported the development of the model."

What You Need to Know: The 2019 Mazda MX-5 Miata 30th Anniversary Edition will be limited to 3,000 units consisting of both soft- and retractable-fastback RF hardtop models.

On top of the exclusive cosmetic goodies, Mazda will throw in Recaro seats, Bilstein dampers for manual transmission examples, a nine-speaker Bose stereo, as well as Apple CarPlay and Android Auto. Can't have any non-Anniversary Edition owners one-upping you on the equipment front now, can we?

In 2019, the Great Mazda Miata debate rages on like never before.

How do you liven up a 20-year-old NA-generation MX-5? Throw a nice matte wrap over its dated white paint.