There probably isn’t a fresher Miata in the world, save for a handful in Mazda’s private collection. 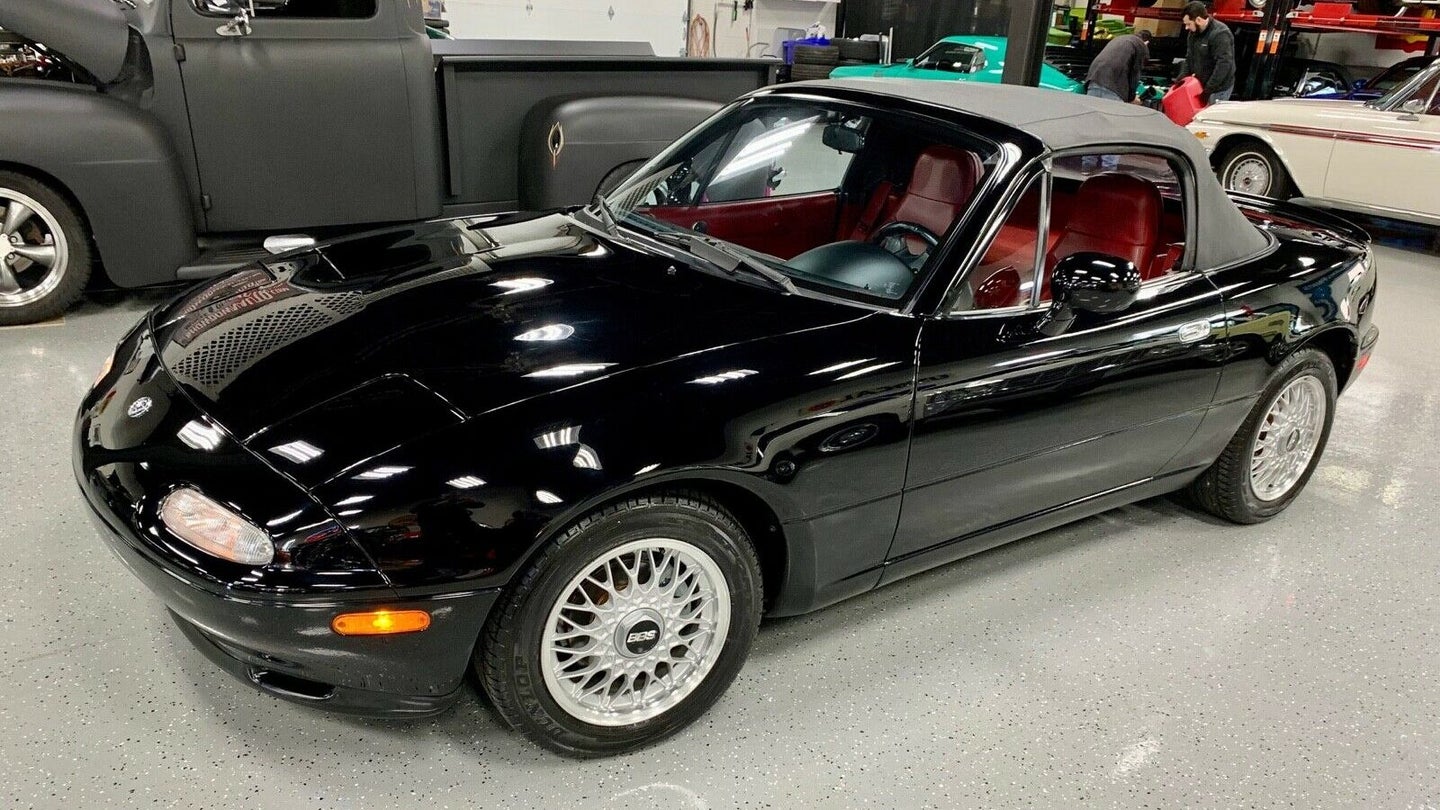 One of the world's best-maintained first-generation Miatas we've ever laid eyes on has come up for sale on eBay, and for a bit of a bargain, we must admit: a 1993 Mazda Miata with just 9,489 miles on the odometer.

Several years ago, when people began to miss the 1990s (and pop-up headlights), most of the good NA Miatas were snapped up, leaving mostly high-mileage or poorly-maintained examples on the market. That's why this particular Miata, which is listed for sale on eBay right now, is very special.

It's an ultra-low mileage vehicle with just 9,489 on the odometer, but it isn't a car that had to be dug from underneath a collapsed barn and cleaned of decades' worth of rodent droppings. The interior is showroom-pristine complete with cheesy embroidered floor mats, while the engine looks like it hasn't even been cranked yet. Even better, it's a rare sub-model, the Limited Edition, which was a 1993-only package limited to 1,500 cars globally, and is the reason for the blinding red leather interior.

At $17,900 (or best offer) for a 27-year-old car, it may seem like a bad deal, but consider what a new Miata actually cost back in the day. A 1990 model started at $13,800, which is the better part of $26,700 today, and the Limited Edition would've been a bit more on top of that. Considering that you'd get a like-new vehicle for barely two thirds its inflation-adjusted original price—one that's liable to appreciate with those charming flip-up headlights that no longer exist—this Miata could be the classic car bargain of the year. Move fast if you want it to be yours.

Introduced in 1989, the first-gen ("NA") Mazda Miata (or MX-5 in the rest of the world) became the overnight heartthrob of the public and motoring journalists alike. It boasted all the joys of a classic British roadster—two seats, rear-wheel-drive, and a folding roof—but none of the downsides, such as questionable build quality or Lucas Industries electrical systems. The NA Miata spawned a 30-year sports car dynasty that continues to its day, surviving economic ups and downs and changing consumer preferences by sticking to its guns: simplicity and minimal weight.