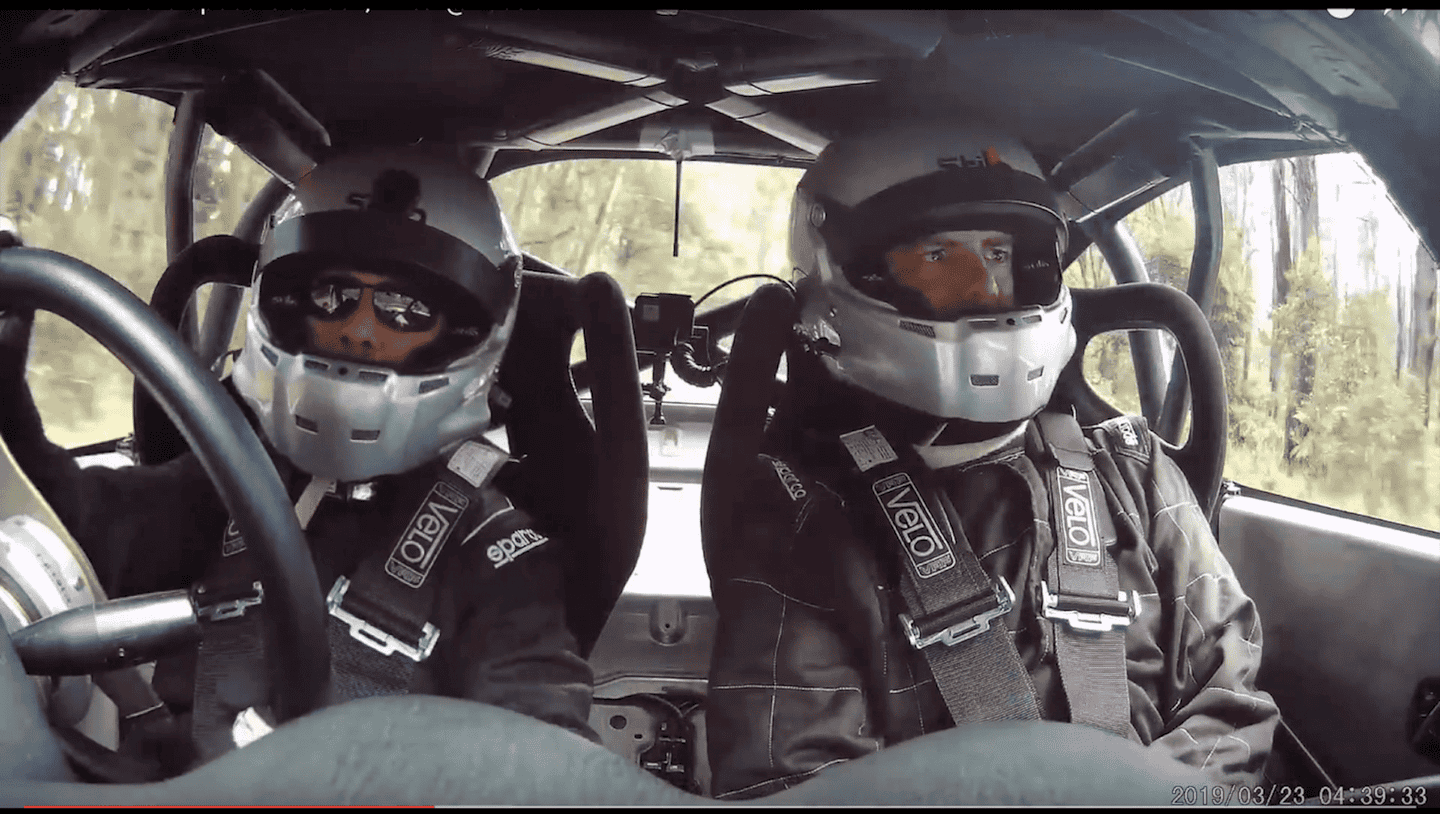 Rallying is truly an art form that very few of us will ever comprehend. From understanding the co-driver's pace notes and reading style to mustering the cojones to drive 10/10 into the unknown, rallying is, in many ways, the most challenging form of motorsport in existence. However, none of this serious business stopped two Aussies from having the time of their lives behind the wheel of a Mazda Miata at the Lake Mountain 2019 Rally in Victoria, Australia.

Onboard footage of the duo's outing was recently uploaded to the Two Dudes One Miata YouTube channel, and it serves as proof that all you need to have a blast is a lightweight Miata with a roll cage, some top-notch safety gear, and of course, your best bud. The four-minute-long video takes you through the twisties of a rally stage on the Australian Outback, as well as some quite colorful conversations between the two motoring aficionados.

While the driving itself is fun to watch, it's the dialogue between the driver and co-driver that's the main reason to watch this. The first chuckle is induced just a few seconds into the video when the co-driver lets the vibrations of the car reverberate his voice during take-off, but that's merely the beginning of a hilarious set of events.

The video itself is titled "You have a 6-speed gearbox, m%th@rf*c&er!" and I think it's safe to say whoever assigned the title didn't need to go through the hassle of adding so many different characters. We hear your point, and we received it loud and clear.

Without further ado, enjoy the duo's hilarious drive and make sure pop in your earbuds if you're at work.