Look At These Supercars Tearing Up Idaho at 200 MPH

One day a year, a tiny mountain town turns into a sports car driver's paradise. 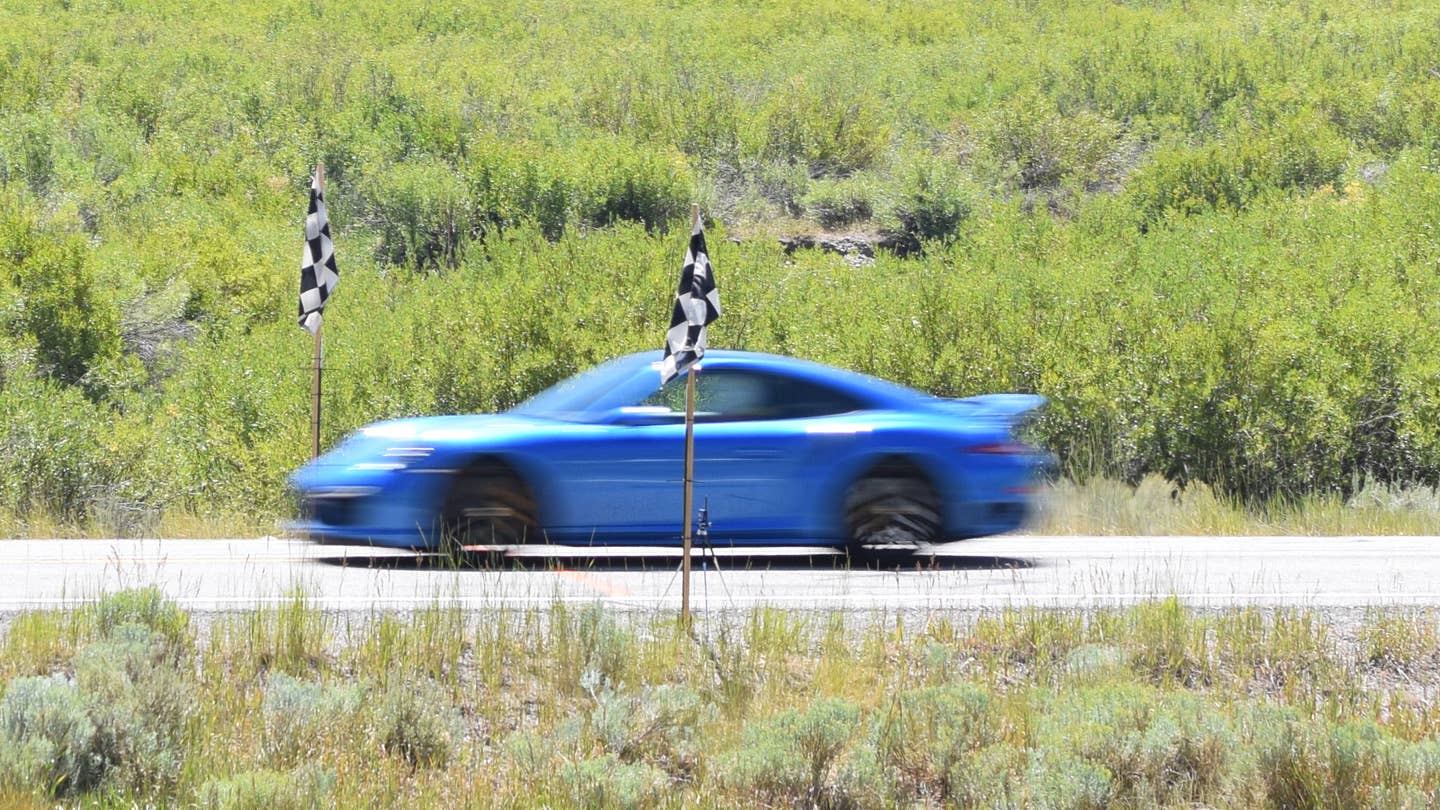 Last weekend, dozens of supercars, sports cars, and even a race car or two assembled in central Idaho for the eighth annual Sun Valley Road Rally, a two-day celebration of speed and sexy machines that brings wealthy car owners from across America to the tiny ski town of Ketchum, Idaho. These drivers come together for a chance to do something unusual: push their cars to the limits on public roads, all with the official approval of the local police.

Don't let the name fool you. The Sun Valley Road Rally isn't a rally. It's a top speed showdown.

Admittedly, it's not much of a fair fight. As in summers past, the top dog at this year's rally was one of those 21st Century Icons of Speed, the Bugatti Veyron. In this case, a red-and-black Veyron Grand Sport Vitesse going by the name of "Hellbug," which handily cracked the 230 mile-per-hour barrier in spite of ambient temperatures in the mid-80s. (The radar gun failed on one of the latter runs, but the spectators almost universally agreed that the Veyron was going faster on that blast than it had been on its recorded 230 mph run.)

And since we at The Drive are suckers for any chance to see fast cars hauling ass, we were more than happy to book a trip out to Idaho for a chance to see the assembly of Porsches, Ferraris, Corvettes, and even more exotic sheetmetal (hello, Singer Vehicle Design) try and see how high a speed each of them could achieve when given legal carte blanche and a tank full of racing fuel.

(It also helped that it gave us an excuse to escape the tropical humidity of New York City in July, but that's neither here nor there.)