The Porsche 911 has had its fun. Let's think differently. 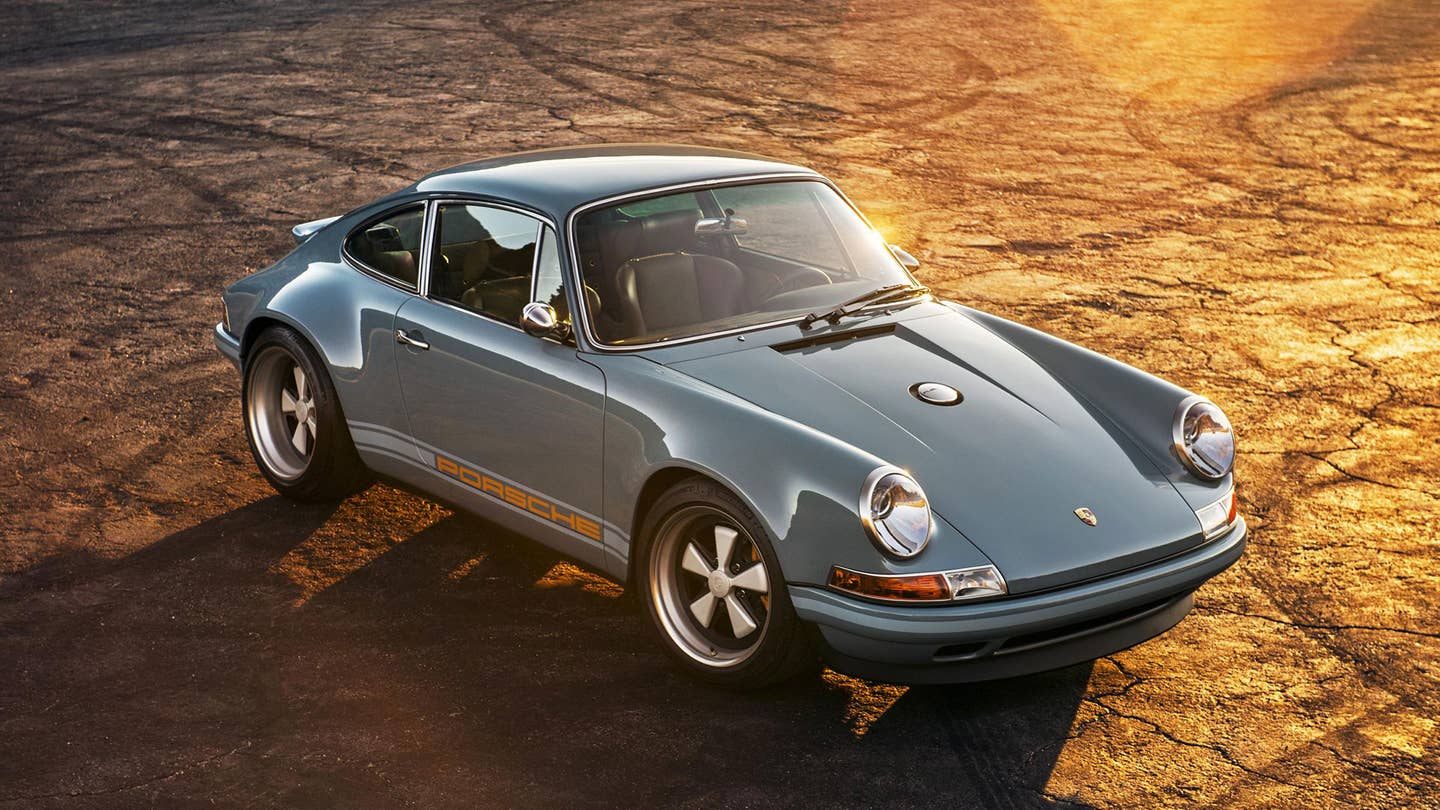 Let's talk for a minute about what Singer Vehicle Design does. The straightforward answer is: Singer chases perfection.

Take the Porsche 911, Singer's current and sole métier. That car has long been a source of quibbling by enthusiasts trying to nail down which of the iterations is the very best. My vote has long been the 1993-1998 Porsche Porsche 993, the last of the air-cooled, "modern analog"-era 911s.

Of course, a Porsche modified by Singer starts at around $400,000, or about four times the cost of a brand-new 911. If you spend 300 percent of the value of any given car on improving it you should, in theory, be able to perfect it. And yet even a cursory look at the aftermarket says otherwise, where the impetus is usually more or bigger or louder. Not: perfect.

Even if money were no object, I don't want a faster 911. Hell, I don't even want a modern 911; I respect the current 991, but I don't lust after it. I want an idealized 911, the one in my dreams, the one Porsche never made and never will, at any price, because it was and is a mass-produced vehicle. Even my favorite version, the 993, has a spartan interior with serviceable-at-best touchpoints; Porsche never built a 993 with interior door handles that weren't plastic, panel gaps are, let's say "acceptable," and countless items both visible and not were similarly cost-engineered. The Porsche 911—every Porsche 911—makes compromises in service to the reality of the car-building business.

But not a Porsche 911 that's undergone the Singer treatment. These are cars that have the proportions and exterior of the 1970s classics, the handling balance of the early 1990s, the power of a modern 911, and build quality and materials, inside and out, that are as good as they can possibly be. Not, mind you, as good as Porsche could build them at a price point—as good as they can possibly be with money as no object, without resorting to the "more expensive is better" ethos, either. Everything just feels, well, exactly, intuitively right—and that's the genius.

Supply the company with a 964-era 911 from 1989-94, and upon that they will build the 911 that never existed, a car of such engineering and taste that it's inconceivable anyone could do better, at any price. Singer hasn’t redefined “resto-modding” as much as superseded it, to the point that “Singerization” is the logical, generic term for the reimagination of any excellent product to an idealized, perfect form. Singer creates cars that never existed in their own time period, mixing modern mechanical components and heritage design touches, in a way that somehow feels timeless. Hell, even Chris Harris calls it "the perfect distilled essence of the world's most famous sports car."

Which begs the obvious question: what car should be "Singerized" next?

In fact, I asked Singer CEO Rob Dickinson whether he intended to move past reimagining 964s specifically, and 911s in general. His response: “We’ve got the next three or four years pretty clearly mapped out,” though he added that “anything is possible.”

But let's come up with some suggestions anyway. First, some ground rules.

It has to be a car with something I call “consistency of concept.” In other words, DNA isn’t enough. Ferrari DNA underlies virtually every car they’ve ever made, but no Ferrari model has had the longevity of the 911 because Ferrari doesn’t believe in carry-forward design. Also, I’d venture that the customized-by-Singer treatment isn’t applicable to Ferraris for another reason: cars out of Maranello aren’t idealized as much as they're idolized, and Ferrari’s corporate (if not political) culture has shunned the aftermarket since the beginning, even at the dealer level.

To consistency-of-concept, let’s add “cultural center of gravity,” which I think of as the ongoing relevance of a single model to multiple generations of owners. (Or, you know, a cult following.) But a Honda Accord might qualify for Singerization if these were the only two criteria, so we need to add the last and most obvious barrier to entry: enthusiast demand.

Which brings us to cars that fit those criteria. For the sake of fairness, I’ve limited cars to one per manufacturer. Each of these cars is iconic, timeless, imperfect, and begging for for idealization:

Which is your favorite pick? What would you add to this list? Tell us below.