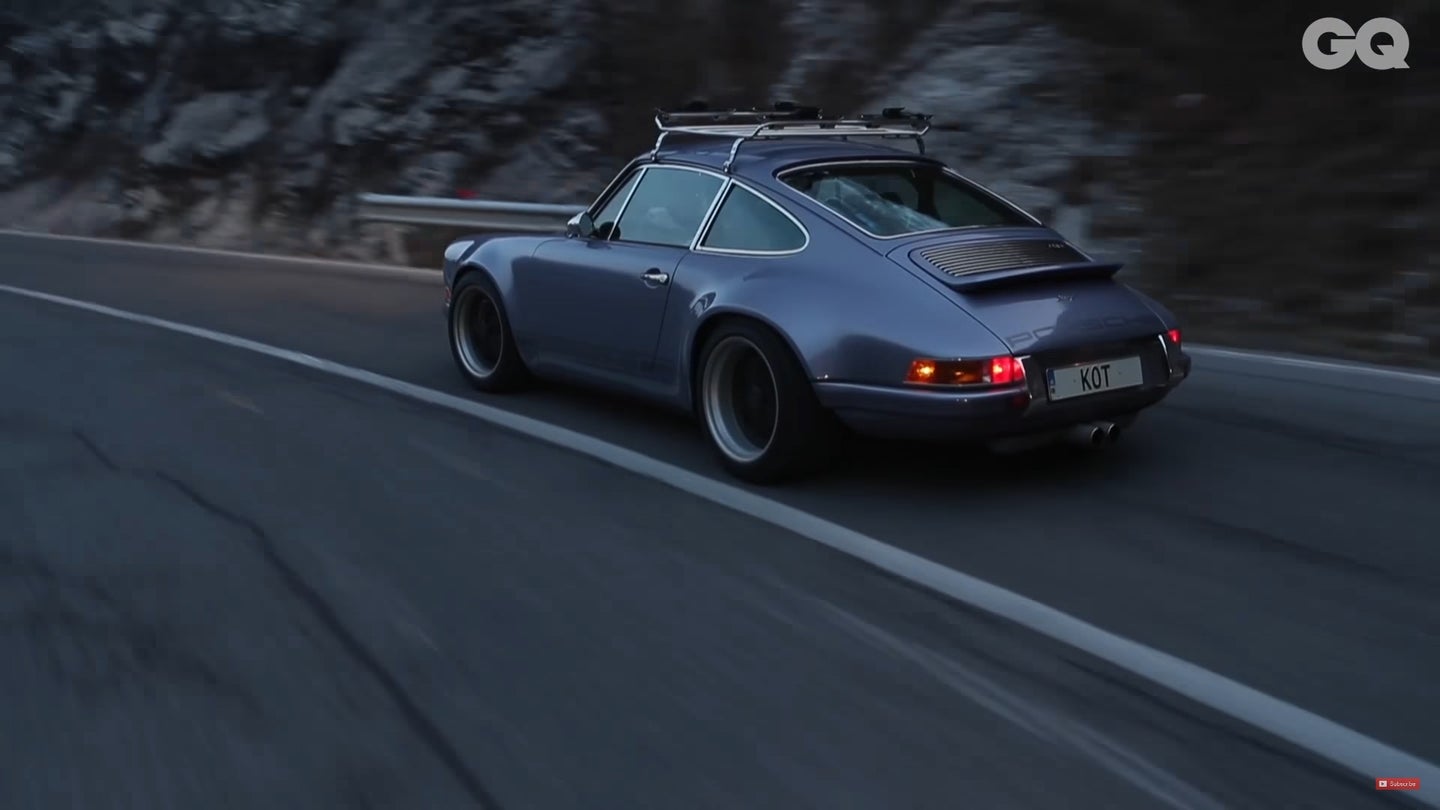 Singer Vehicle Design works glorious magic on already amazing Porsche 911s. They're beautifully hand-crafted, they're dynamically engaging, and they combine modern-ish Porsche parts with a vintage-ish Porsche visual aesthetic. It might just be the perfect aircooled 911, if we're being completely honest. They lay paint on their cars that looks about a mile deep. They use leathers as soft and supple as you have ever seen. Their now-traditional Momo Prototipo tiller and larger Fuchs-style wheels set the car off just right. Don't even get us started on the Ed Pink-built 4-liter aircooled engine sitting out back, we'll probably break down and cry in admiration. The last time we visited Singer's workshops, they were just kicking this project off, the first all-wheel-drive 911 reimagined by Singer Vehicle Design. Here it is.

This video is several minutes too short to properly soak in all of the details, but we'll take whatever we can get. Brit GQ says Porsche's 911 is the coolest car ever built, and that Singer modifies them to be even cooler than Porsche originally built them. This car lives in the Italian Dolomites and is frequently used for trips up the mountain range for skiing, hence the ski rack on the roof. It takes a special kind of car enthusiast to want to drive their Singer-fettled Porsche up into the snowy mountains, but with Porsche's famed all-wheel-drive system and a decent set of winter tires, the car is certainly more than capable of such shenanigans. It is based on a 964 after all, what's the harm in making one from an AWD-equipped 964?

What do you think, would you be adventurous enough to jump into the driver's seat of this car and take it for a snowy mountain run to the ski slopes? It'd be pretty cool if you did.