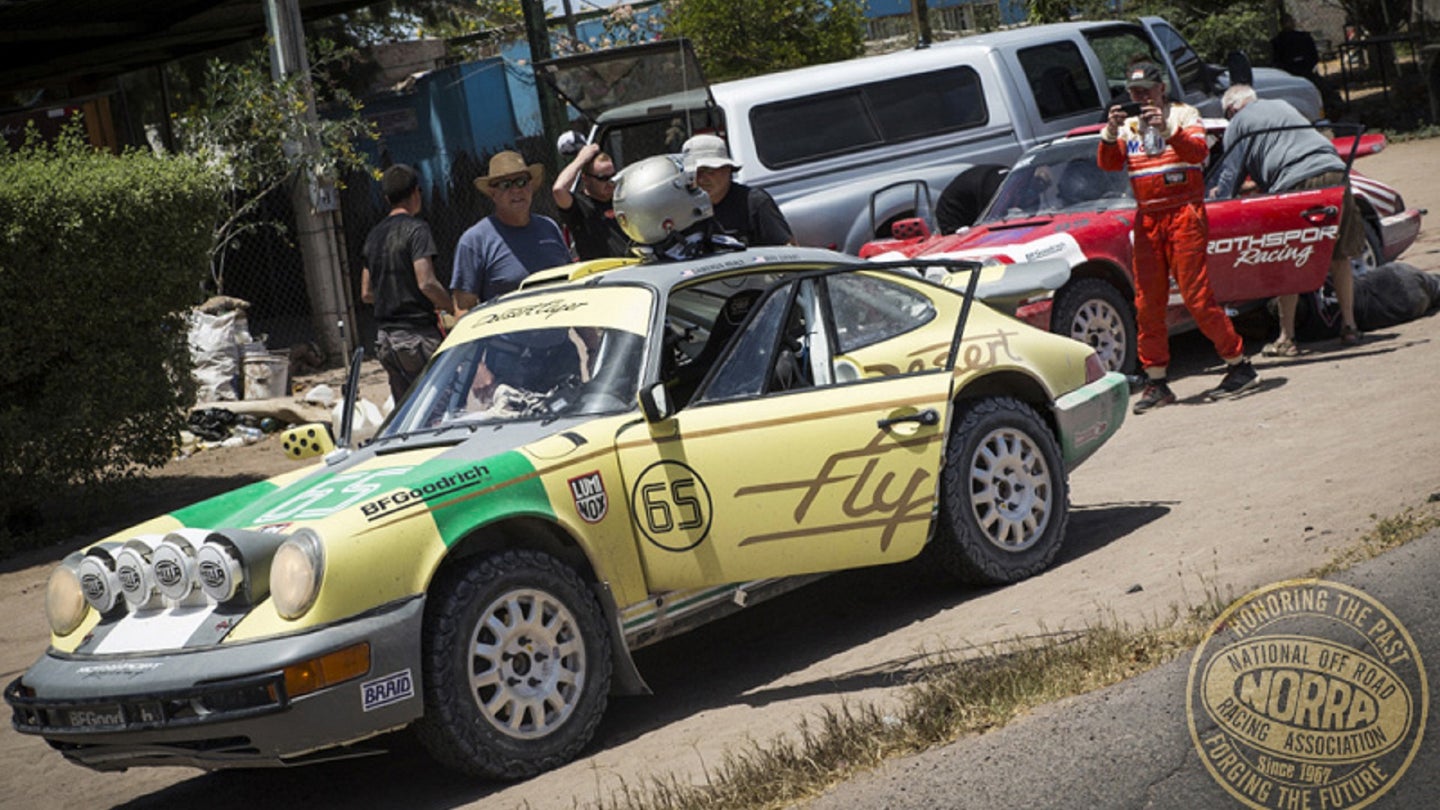 Even though the Rothsport team cars could do no better than 3rd and 4th in class (115th and 117th overall), the team is happy to have completed the five days of racing relatively unscathed. In an off road race as grueling as the Mexican 1000, it's a personal victory just to finish. The entirety of the 1000 miles across Mexico's varying terrains, the twin Porsches trudged as best they could for just under 31 hours of racing. By comparison the ultimate race victor, Cameron Steele, managed to complete the race in just 15 hours and 9 minutes. The class winner, in a highly modified Ford Galaxie, by comparison accomplished a 27 hour and 9 minute run.

In a social media post, Jeff Zwart noted, "What an amazing accomplishment for Rothsport Racing! In a race that over half the cars did not finish, BOTH cars arrived 1200 miles later! Thanks to Cameron Healy for the drive, and the amazing Rothsport Racing team lead by Jeff Gamroth. 3rd and 4th in class!" It was the Healey/Zwart car which finished 3rd, followed closely by Gamroth/Van Austen in 4th, both in the Vintage Production Car category, which allegedly was the first time a Porsche 911 had ever finished the Mexican 1000 race. At one point Zwart & Healey had taken the lead of the class only to have a steering failure 12 miles from the end of a 170-mile stage. The cars, as it turns out, were quite fast on the hard-packed ground, but when it came to the silt and sand, the 911s just didn't have enough tire under them to properly work their way out of it.

If you followed along with the race on social media, or if you'd like to go back and read through those posts now, the best places to look are all on Instagram. Check out @Zwart for Jeff's own account, the @rothsport_racing account for some pre and post race discussion, and @cars.randywells for photographer Randy Wells who followed the team every step of the way.

Transforming the $2,000 BMW From Rally Car to Endurance Race Car

After rallying the E30 into the ground, now Ryan has to get it ready for a Chump Car race. The work is never done.