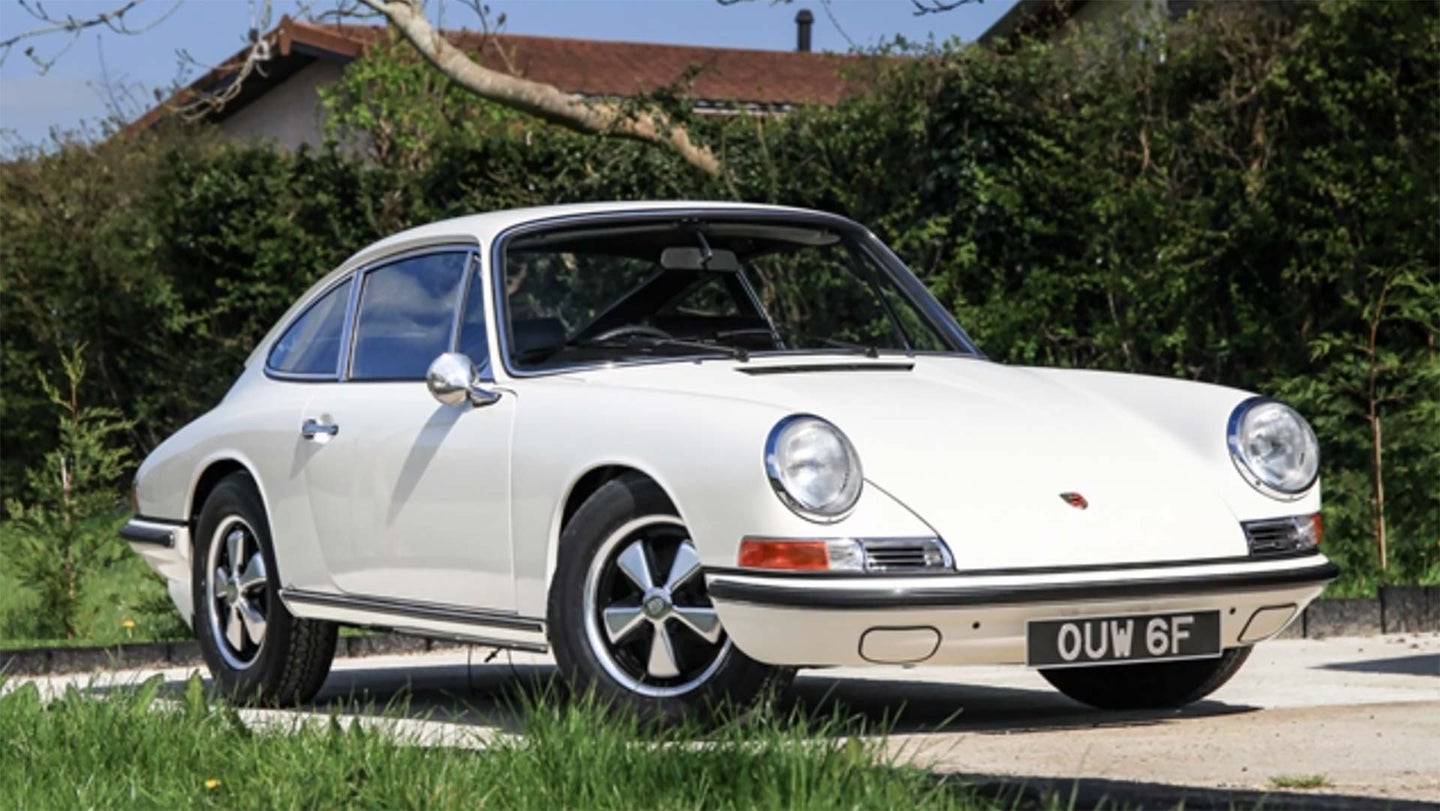 The Porsche 911 has evolved heavily over the years since its debut in 1963. Over the next decade, the beloved air-cooled inline six would transform year after year as this classic sports car evolved. In 1968 the 911S received a 30 percent power increase over the original 130 horsepower, reaching 160 horsepower. This also allowed the top speed to jump up to 140 miles per hour. The 911S also got Koni shock absorbers, front anti-roll bars, and more capable ventilated brakes.

Although the 911S was a noteworthy car at the time, only 3,174 were made. Due to the low production volume, few can be found today and auction pricing is often north of $200,000. This particular model has been kept in beautiful condition with original elephant hide seats, original body paneling and as many original trim features as possible, thanks to the hard work of Gary Hall at Classic FX Trimming. In order to maintain the integrity of this classic 911S, the current owner has meticulously made sure that only Porsche parts were used in the restoration, and that the engine and transmission still had matching part numbers.

And most remarkably at all: It only has two miles on the odometer.