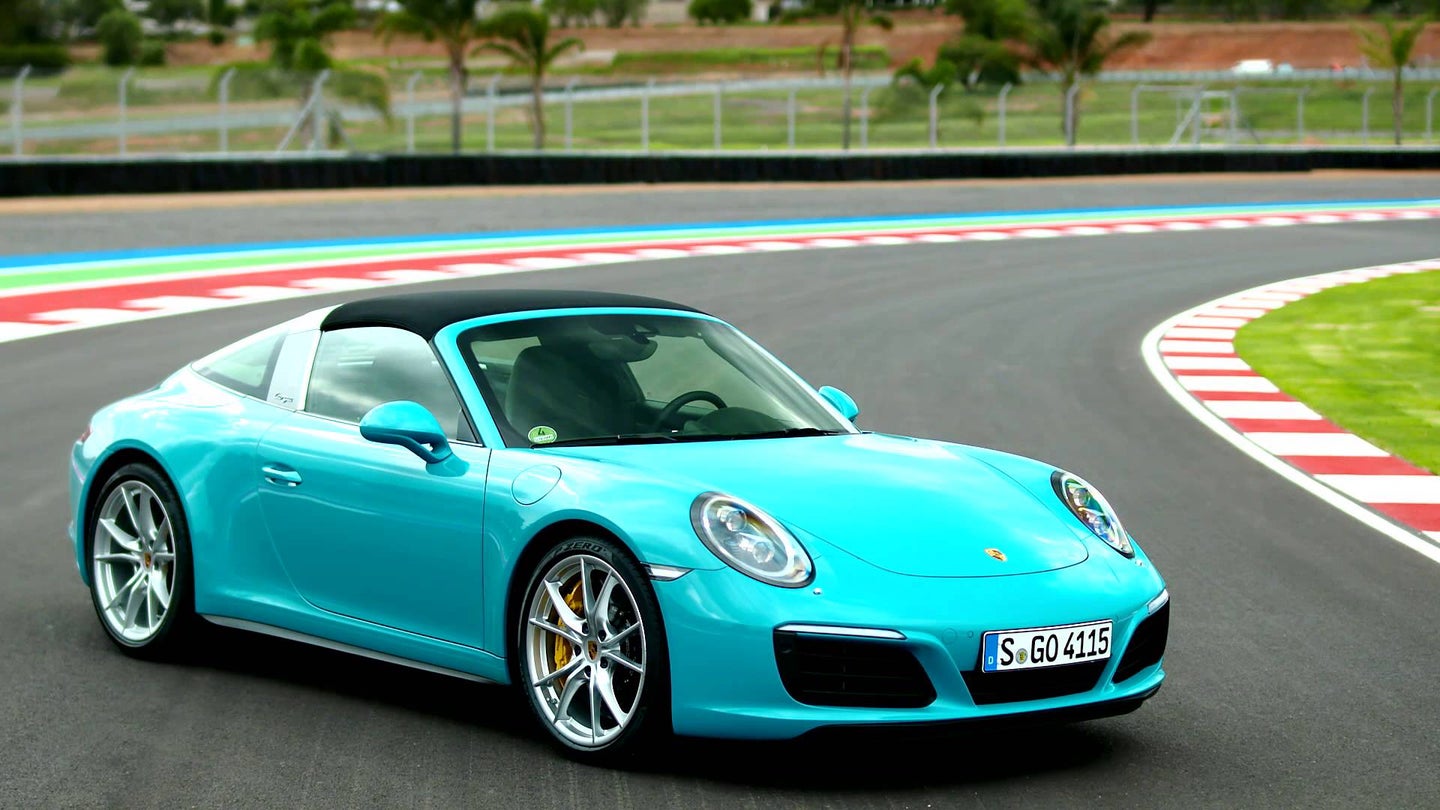 This 2017 Porsche 911 Targa 4S being sold on Dupont Registry is a rare sight, as it's the only one in the United States painted in Miami Blue. In fact, the color rarity has little to do with the car's ridiculous price tag; it only has 5 miles on the clock and is almost fully-loaded. Build a similar 911 Targa 4S with Porsche's intricate 911 configurator and you'll easily hit that $176,000 price- be prepared to spend all day configuring your dream Porsche on the site though.

This particular 911 has too many options to name (we count at least 7 packages excluding individual options), but the interior is finished in Agate Grey and the car is equipped with Porsche's wonderful PDK dual-clutch transmission.

Sure, the circumstances of the car's rarity might not be that interesting now, but this will definitely be the pride and joy of some Porsche collector's garage in a few decades' time.

What It Looks Like To Strip The Paint From Your 911

This could be painful for Porsche fans to watch.