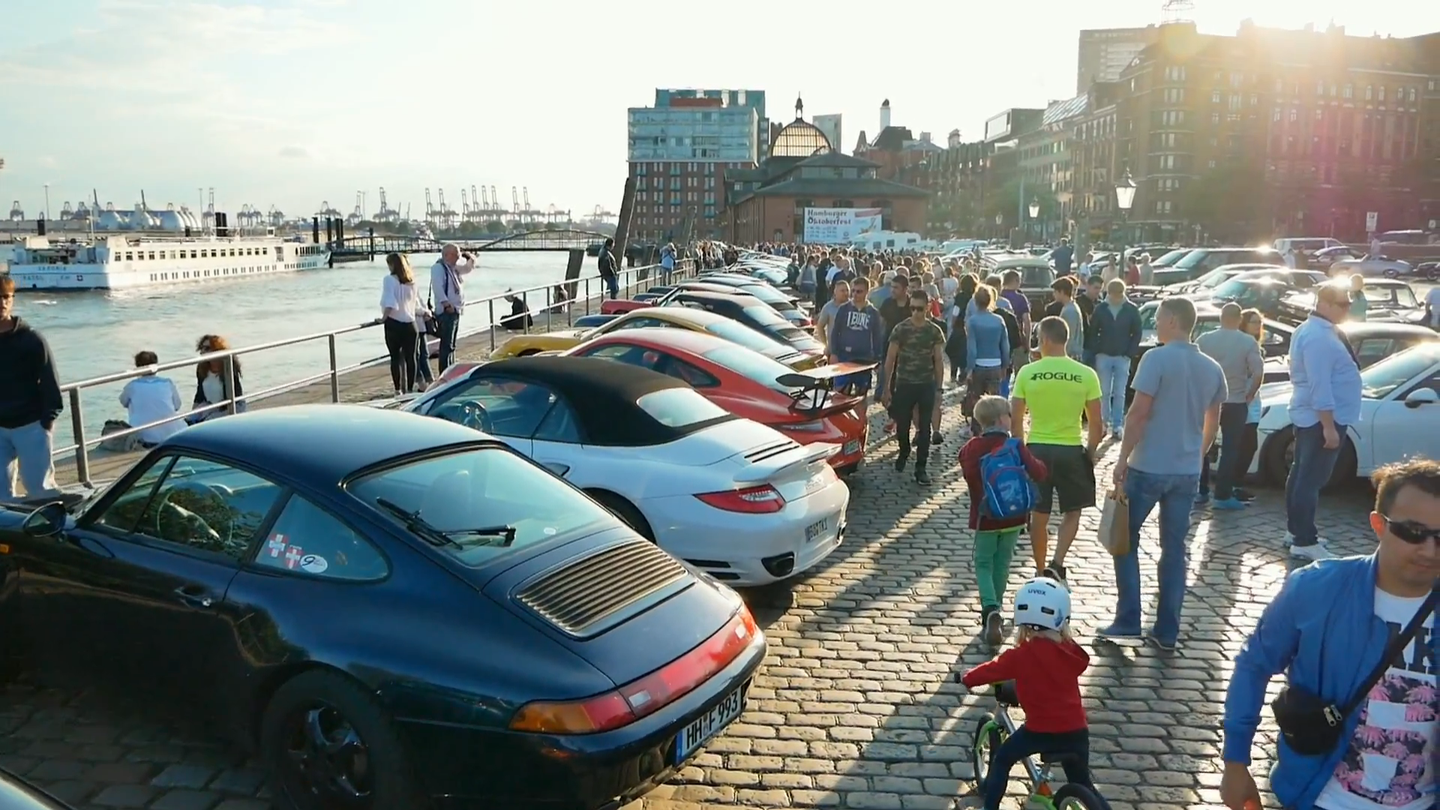 While clothing designer and "Urban Outlaw" Magnus Walker was in Germany earlier in August, he made an open call for any and all Porsche enthusiasts to join him for the 911 meet of a lifetime, and join him they did.

Youtube car spotter and Lamborghini Huracan owner Nico Pliquett posted a video Monday that covered Magnus Walker's "OUTLAW GATHERING" in Hamburg, Germany. According to the description, Walker hosted the gathering on August 6 for Porsche owners and other VAG cars at the Fischmarkt, along the Elbe river. Nearly 100 vintage 911s, four rare rally 911s, and plenty of other rare and custom Porsches attended the event, plus a host of Golf GTIs, Beetles, and other German performance cars.  This impressive turnout surely surprised the host, who turned up to meet fans and talk about cars for the duration of the gathering.

At the end of the video, we are treated to a ride-along in the videographer's Huracan, and get to see some of the rally and racing 911s in action on the streets of Hamburg. Forget Cars & Coffee, there are few Euro parking lot meets as great as this one.

This 3.8-liter powered mid-year 911 is an amazing Mexico Blue machine