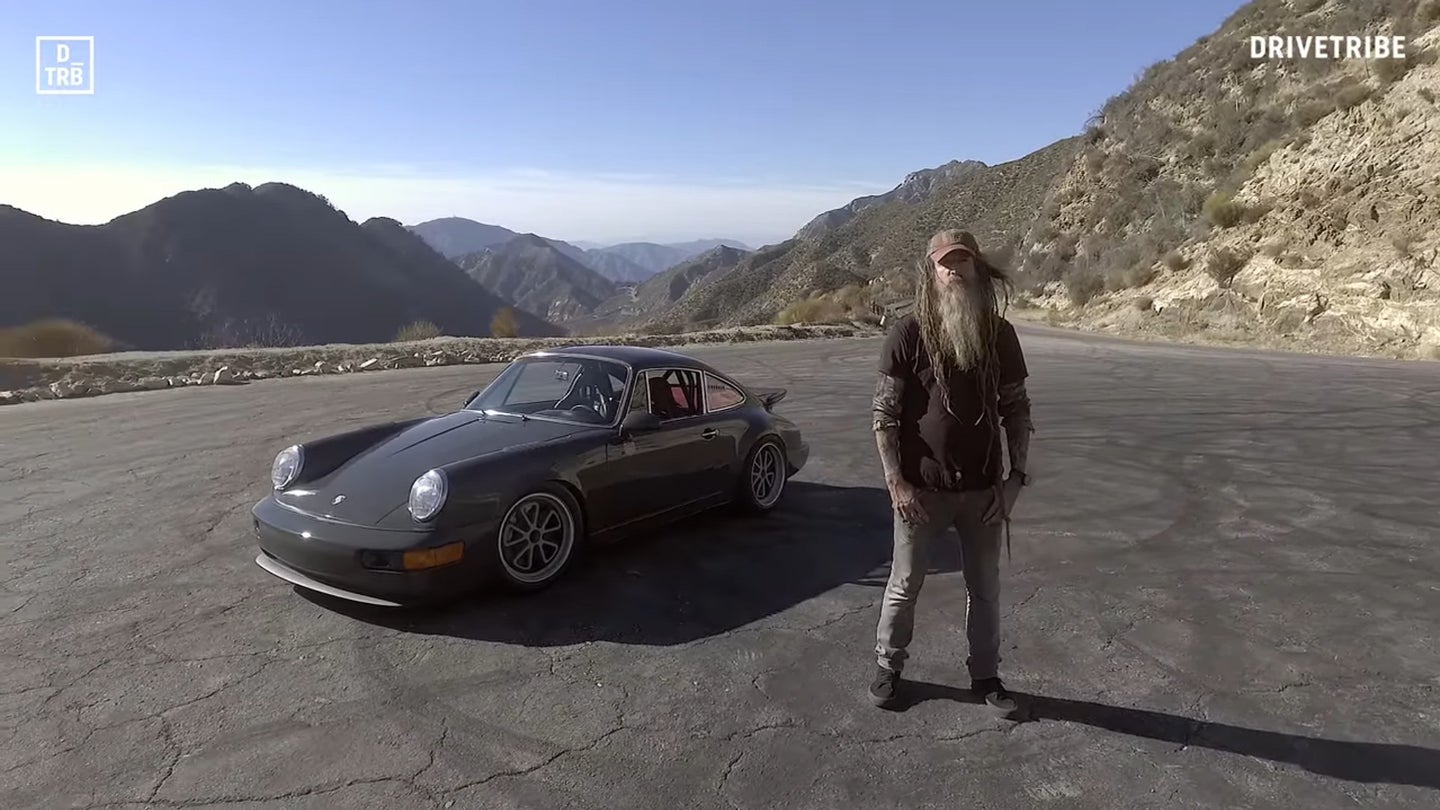 By now, if you're a Porsche enthusiast, you're quite familiar with the name Magnus Walker. He's a properly enthusiastic Porsche nut that has built some truly phenomenal cars over the last five years or so, and has gained quite a following in the process. He calls himself the "urban outlaw" and whether you like him or not, you've got to admit that this 964 build is an absolute treasure. With unique touches on this 964 like the Rod Emory-engineered fender louvers, the 911R-style tail lights, the early 911 chrome headlight and window trim, or the channeled roof panel. It's interesting, also, to see the later cup-style mirrors juxtaposed with the 1975 930-style decklid wing on the same car. It should look incongruous, but somehow it all works together.

It's only 2520 pounds, it has KW's clubsport suspension, and a Brembo big-brake kit to handle whatever corners you want to throw at it. The 993 engine swapped into this monster is an impressive 3.8 liters with RS-specification internals and individual throttle bodies making at least 300 horsepower. Looking at the rest of Magnus' garage, it's easy to see this has got to be his fastest build ever. Massive Pirelli Trofeo R tires help put the power to the ground and give the stick through the corners, and of course they're wrapped around Fifteen-52's "Outlaw" wheels.

Jethro Bovingdon in this video calls Magnus 'authentic', and while true, this is probably the most authentic car he's ever built. We really love the 964, and when it looks this good and goes this fast, it's hard to argue with. Magnus Walker builds are usually punctuated with wild multi-color paint jobs and decals everywhere and racing stripes and meatballs and race numbers. This car made its debut at SEMA last year, and it was one of the most subdued and subtle cars on the show floor, but it still made an impact, and that is probably the highest praise a car like this can get.