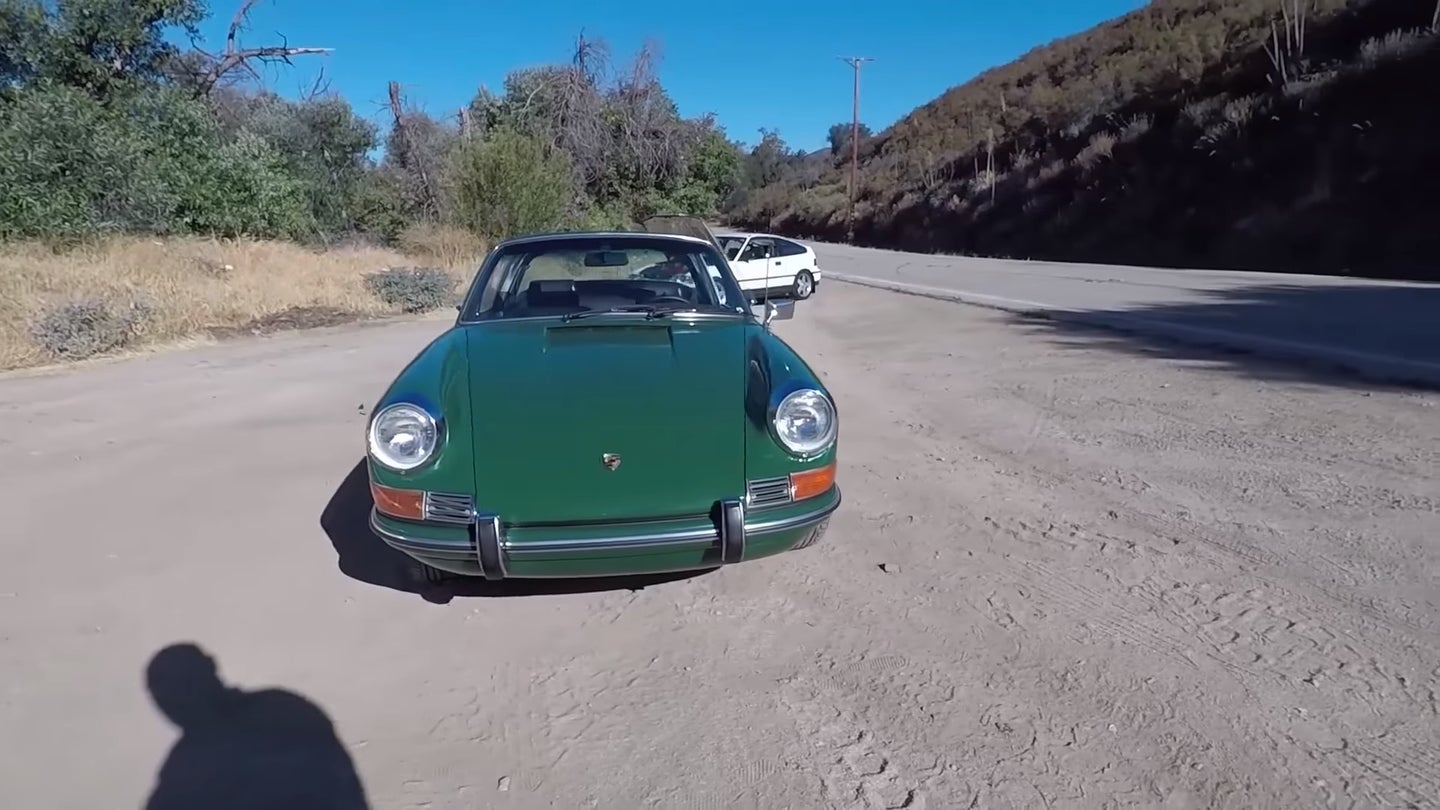 Billed as a "budget 911 with a 356 engine", the 912 has been lovingly dubbed a "356D" by some of its kinder fans. If you look at the 912 as having developed a more competent chassis for the 356 engine to reside within, it's a major improvement. Meanwhile, if your mindset is to bill the 912 as a lesser 911, you'll likely view it as a Porsche for the poor man (well, maybe not so much anymore). They've been derided for decades and the 912 is just now coming into its own as a proper Porsche while 911 values skyrocketed. This example being a 1969 model is special in that it was the only year of the long-wheelbase model, and a glass rear window was compulsory.

912 Targas, prior to 1968, had a zip-out rear window. In 1968, over safety concerns for rear seat passengers in rollovers, Porsche offered a glass rear window as optional and the soft-window Targa model was reduced to a two-seat only proposition, not allowing rear seat passengers at all. That option continued through the 1969 model year, but was special order only and only about a dozen were built (some later 911s even had a soft window, but it was certainly down into the single digits for delivery numbers). This hard-window model was the norm in 1969, and the added weight was certainly noticeable.

Given the opportunity, Matt Farah actually gets into driving the four-cylinder version, even though it is quite a bit slower than a contemporary 911. That said, the 912 is about 200 pounds lighter than its 911 compatriot and pushes that weight balance just a bit forward, making it a bit less of a handful to drive quickly on canyon roads. If a 912 is a scalpel, then a 911 is a steak knife. They'll both do the job, but the 912 is a bit more precise and slower. Which tool would you rather use?