Rumors of the Subaru WRX STI's Death Are Greatly Exaggerated

Although the STI is leaving the U.K., it's not being discontinued in the U.S. anytime soon. 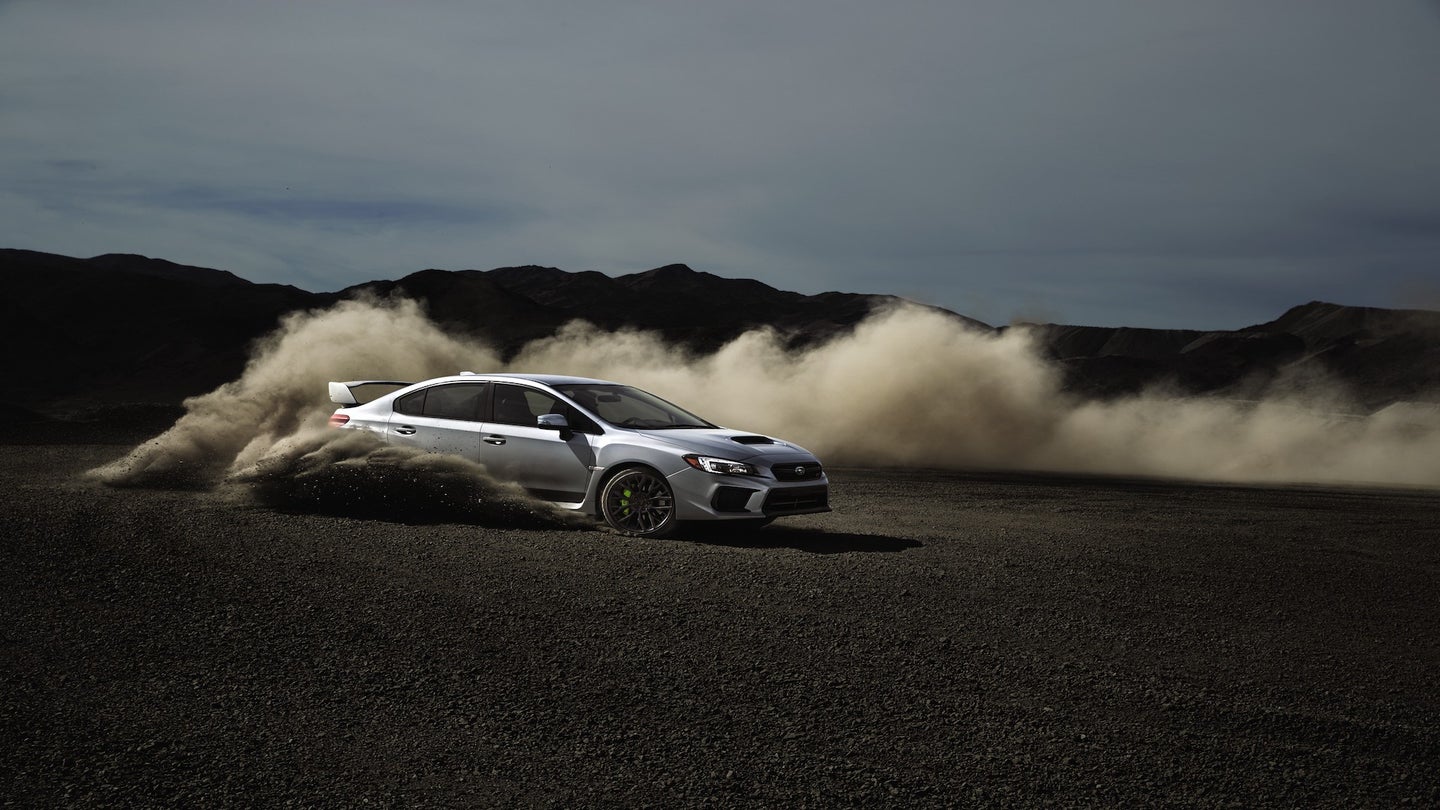 On Halloween, many of the Subaru faithful got their biggest fright of the day from headlines declaring the death of the Subaru WRX STI. Top Gear sadly pronounced that "The sports saloon that’s been with us close to 25 years, the one Gran Turismo and Colin McRae made us fall in love with, is leaving the U.K." AutoCar reports that "Subaru says the WRX STI will not be produced anymore as the brand’s performance pinnacle and it will instead use the car as inspiration for future models."

To commemorate the end of the WRX STI, a special "Final Edition" will be available, similar to the Mitsubishi Evolution's own Final Edition. Limited to just 150 cars, the STI Final Edition will use the same engine but feature bigger 19-inch wheels and larger Brembo brakes, along with standard heated seats and other appearance and convenience options.

CNET reports that the decision to discontinue the STI in the U.K. was made by IM Group, the company responsible for importing all Subarus to the U.K. This has no effect on the STI's availability in the rest of the world, including the U.S. So while it's sad that fans from the land of Colin McRae and Richard Burns will be able to drive their Subaru of choice, at least the WRX is alive and well across the rest of the world.

'Tall Will' Tests the Spaciousness of the Subaru WRX
The Drive

It would be quite silly for Subaru to discontinue the WRX in the U.S. at this point. According to data from GoodCarBadCar.net, the current version of the WRX, which debuted as a 2015 model, is the best-selling WRX on record since data started being collected in 2011. Monthly WRX sales have consistently stayed between 2,100 and 3,100 per month since the current model came out and show no sign of slowing down. In contrast, Subaru sold just 301 BRZs in September 2017, yet that model is not about to be chopped from the lineup either.

"We plan to keep the STI here in the US and we have plans for the future as well," Dominik Infante, Subaru's National Manager, Product Communications told The Drive in an email. "It’s a very important part of our business." So that settles it—the WRX and STI are going nowhere in the States. RIP for its U.K. fans, though.