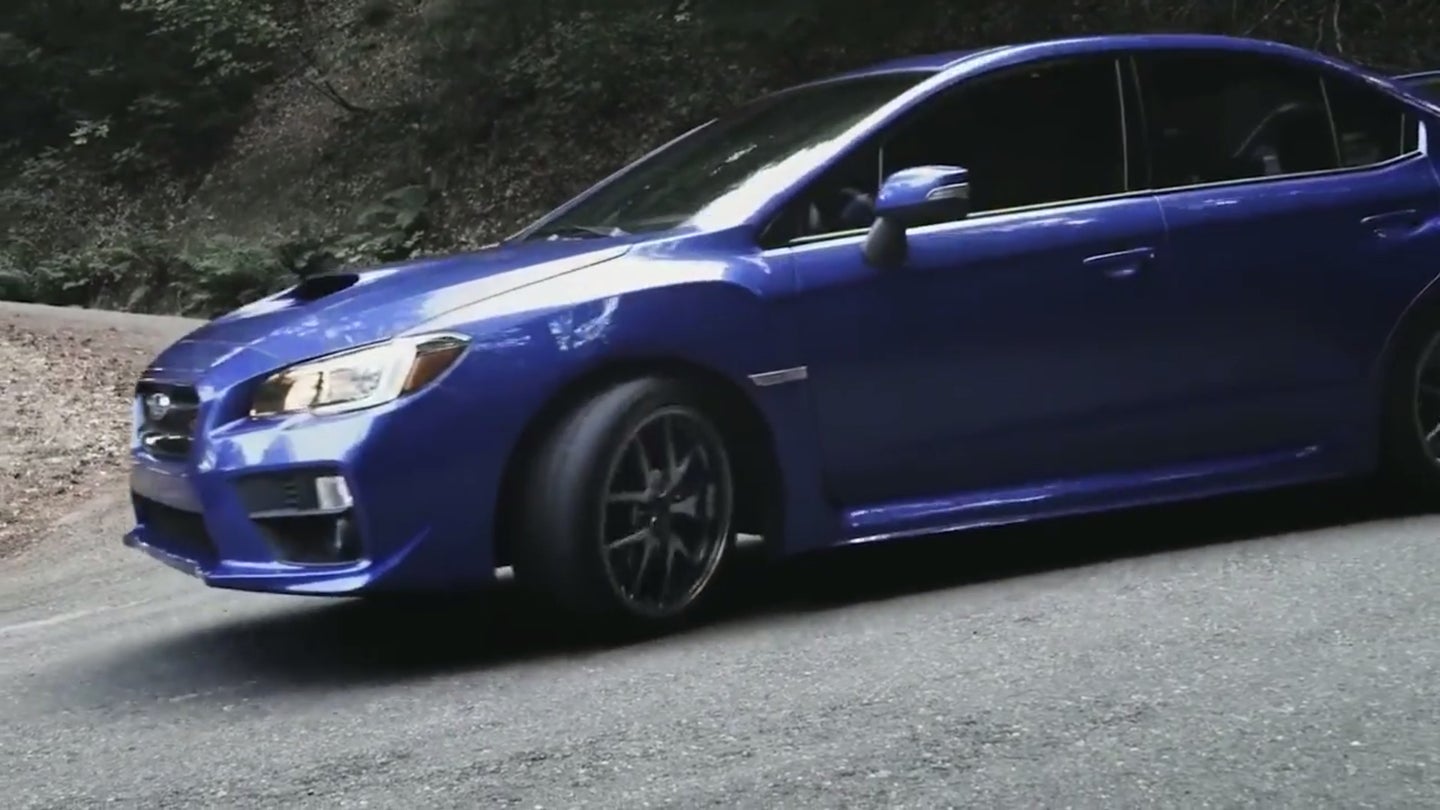 This week's Everything You Need to Know | Up to Speed video by Donut Media is about the Subaru WRX. The Subaru WRX is a very important car. Without it we would not have the Mitsubishi Lancer Evolution, the Ford Focus RS, the Volkswagen Golf R, or the Honda Civic Type-R. Donut Media's host James Pumphrey, gives the details on where the Subaru WRX got its start and it's importance to the car culture.

When Subaru was founded in the early 1950s it focused on people cars, but fast forward to the early 1980s Subaru wanted to change its global image and used motorsport to do it, specifically rallycross. As Pumphrey puts it, rally "is a sport so badass, you can't even do it alone." Everyone thinks Subaru and Rallycross go hand in hand, but for most of its early racing, it only found the podium once in 1987. This changed in the early 1990s as it started winning and signed legend rally driver Colin McRae.

Around that time the Subaru Legacy was replaced by the Subaru Impreza. This is the time Subaru also earned its famous colors, blue and gold. The popular color scheme started its life as a sponsorship from tobacco company State Express 555, and the colors are loved long after the sponsorship has ended.

The Impreza went on sale in Japan in 1992 and buyers had an available optioned Impreza WRX which featured a turbocharged engine. The name WRX comes from World Rally eXperimental. Japan could also get an exclusive WRX-RA. The car featured no power windows, no air conditioning, and no anti-lock brakes. According to the video, 1994 was the first year that Subaru participated in every round of the World Rally Championship and it also debuted the Subaru WRX STI. Subaru and Colin McRae won their first WRC title in 1995.

In the video you are taken through the multiple generations of the WRX including the "Bug Eye," the "Hawkeye," and the WRX now on the market. Check out Donut Media's video below for more of the details.