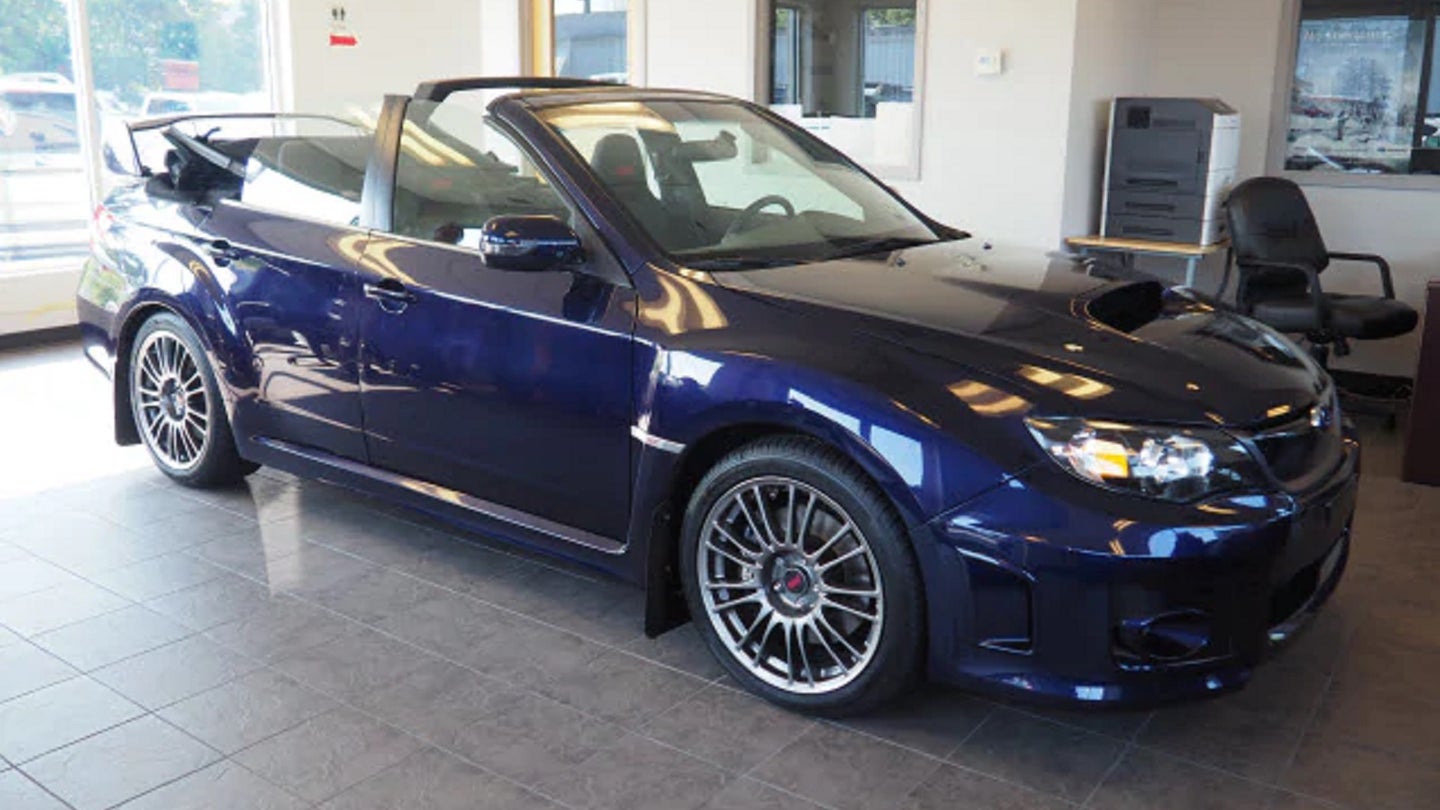 Fun fact you probably already knew: Subarus are extremely popular in New England. Their practicality makes them great all-around cars, and standard all-wheel-drive across all models (except the BRZ) makes them an exceptional choice to handle snowy New England winters.

So it doesn't make a ton of sense that this particular 2011 Subaru WRX STI blew its top and become a convertible, but that's exactly what happened.

It's currently for sale at Manchester Subaru in New Hampshire. The car is listed as a Impreza WRX, but a VIN check confirms that it is a genuine STI model, not a basic WRX with a wing and wheels tacked on. It's also not a project that some hack built in his garage. A builder plaque reveals that the conversion was performed by Newport Specialty Cars in Placentia, California, in January 2011. A car like this makes much more sense in California than New England, where snow is possible at least six months of the year.

As a result, the conversion appears to be of rather high quality. The original B-pillars are retained, with a brace connecting them for added rigidity, as in a VW Cabrio. This also allows the factory seat belt attachment points to be used safely.

The soft top seems to fit well and somewhat reflect the lines of the original car. The back window is tiny, so the rear blind spots must be huge. But the point of this car is to have the top down as frequently as possible, only going up in the event of an unexpected passing shower while you're out.

That's exactly how the car appears to have been driven. The listing shows only 9,042 miles on the odometer and a price of $26,967. That's approximately the same as the trade-in value on a comparable, unmodified car, according to Kelley Blue Book.

We're not sure how easy a sell this Subie will be in New England. Though Subarus are popular here and this is a particularly unique example, it negates much of the practicality that Subarus are known for. Though its convertible top should be able to keep you dry in the rain, we question how well it would hold up to a strong nor'easter dropping two feet of snow. But four-wheel drifts in a snowy parking lot with the top down would be extremely cool.