Rally royalty is up for sale and our bank accounts can’t handle it. 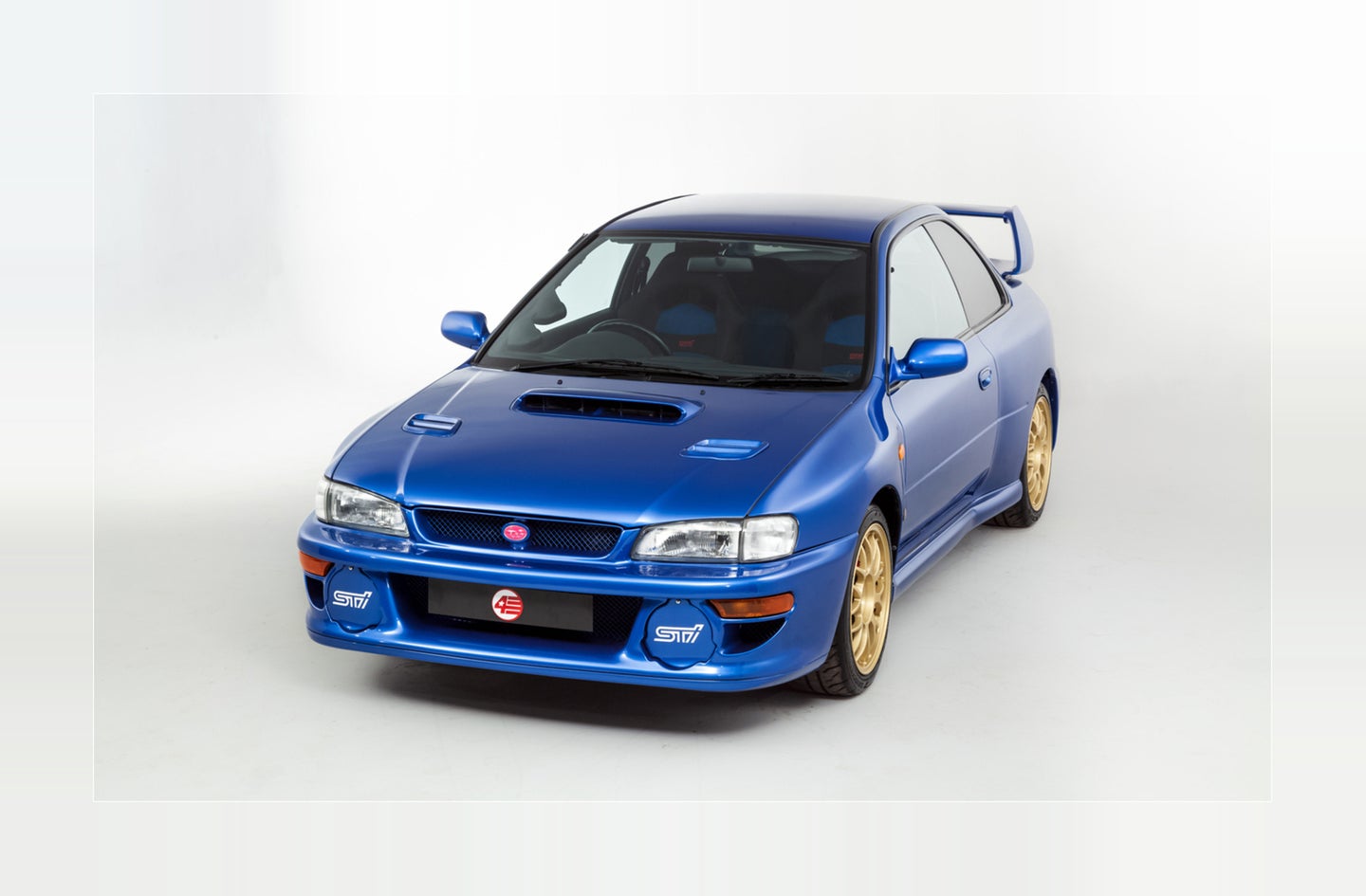 Anti-lag sends staccato pops through Sweden’s forested upper peninsula. A flash of blue, gold, and fire blurs past the woods encircling you. A heavily turbocharged boxer 4-cylinder burbles into the distance until only errant shots pierce the silence. Congrats, you’ve encountered the legendary Subaru Impreza 22B STi and are better off for it. But to be more better, you need to put this 1998 Subaru Impreza 22B STi into your garage before we do.

Built to meet commemorate the brand’s third consecutive manufacturer title in the FIA’s World Rally Championship, a feat achieved by the late, great Colin McRae, the Subaru Impreza 22B STi was, and still is, weapons-grade rally plutonium. Evolving from Subaru’s WRC and road car programs, and succeeding the infamous Group B era, the Impreza 22B STi looked to show supercars of the time what Japan could do with a more pedestrian layout of front-engine, all-wheel drive, and 2.0-liter powerplant. And it did.

While the EJ22 engine was based on a road-going engine Subaru built, instead of the open-deck block, the Impreza 22B STi received a race-ready, hand-assembled closed-deck block, as well as seeing a displacement increase to a 2.2-liter, a larger turbocharger, turbo timer, forged pistons for its larger bore, metal head gaskets, new inlet valves, a set of sodium-filled exhaust valves, with everything coupled to a 5-speed manual transmission. 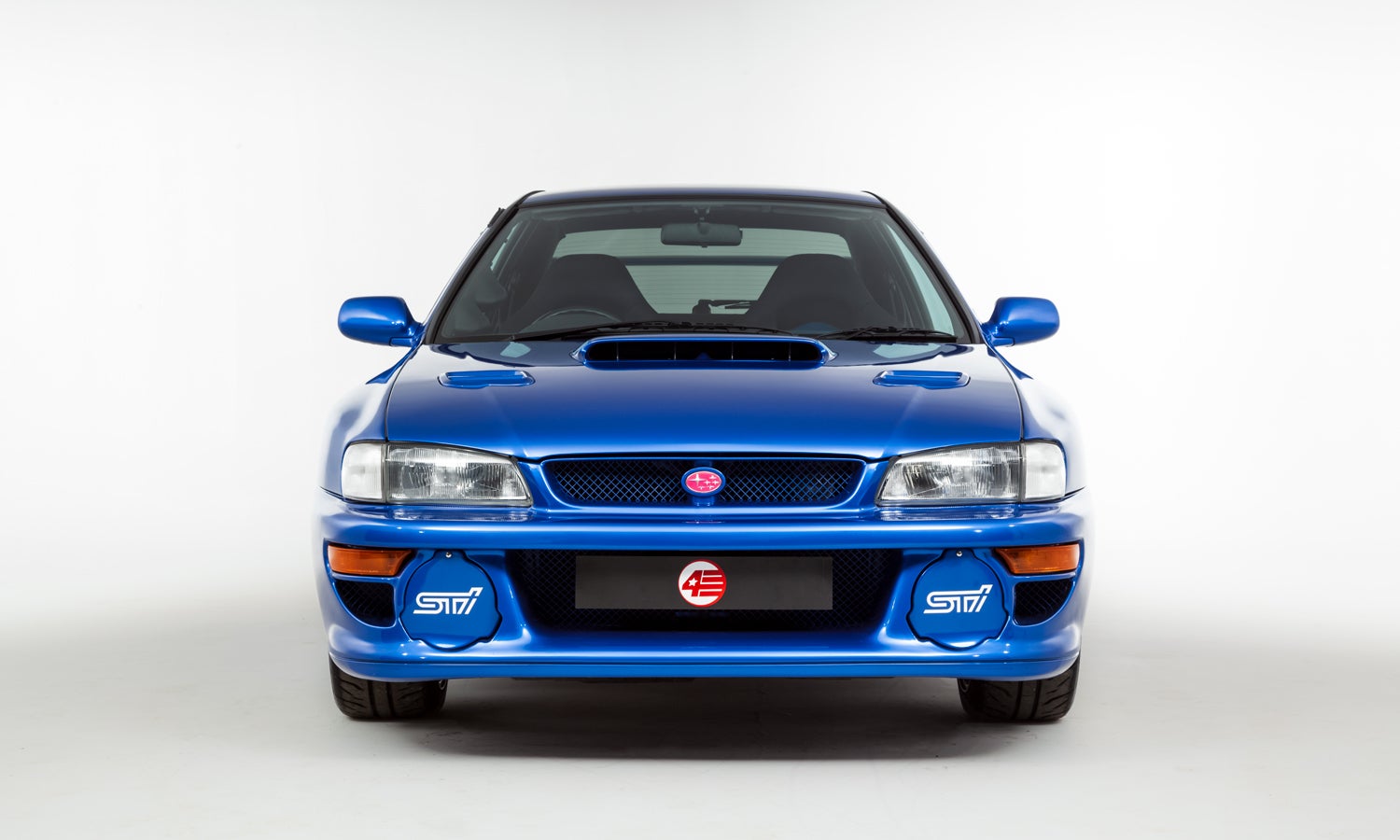 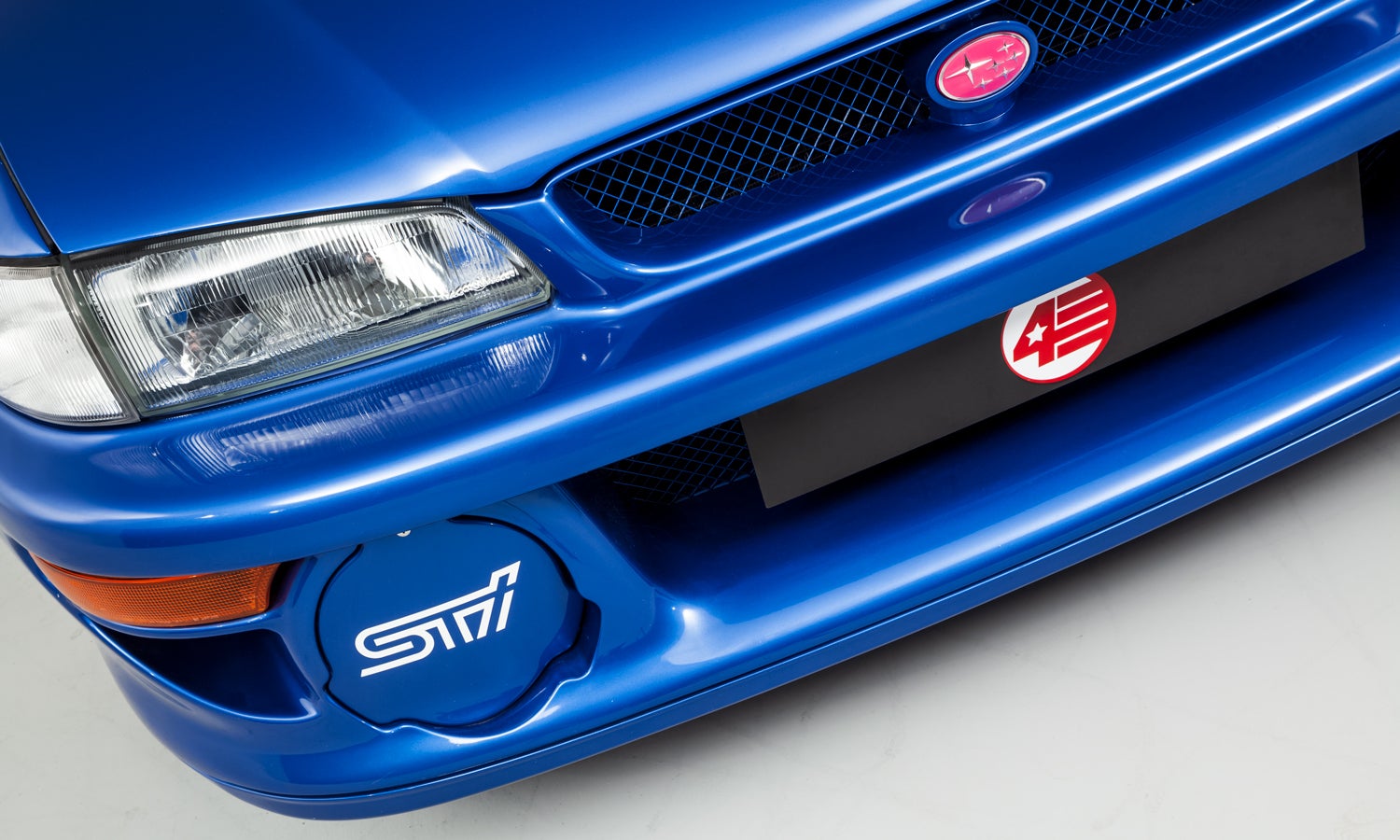 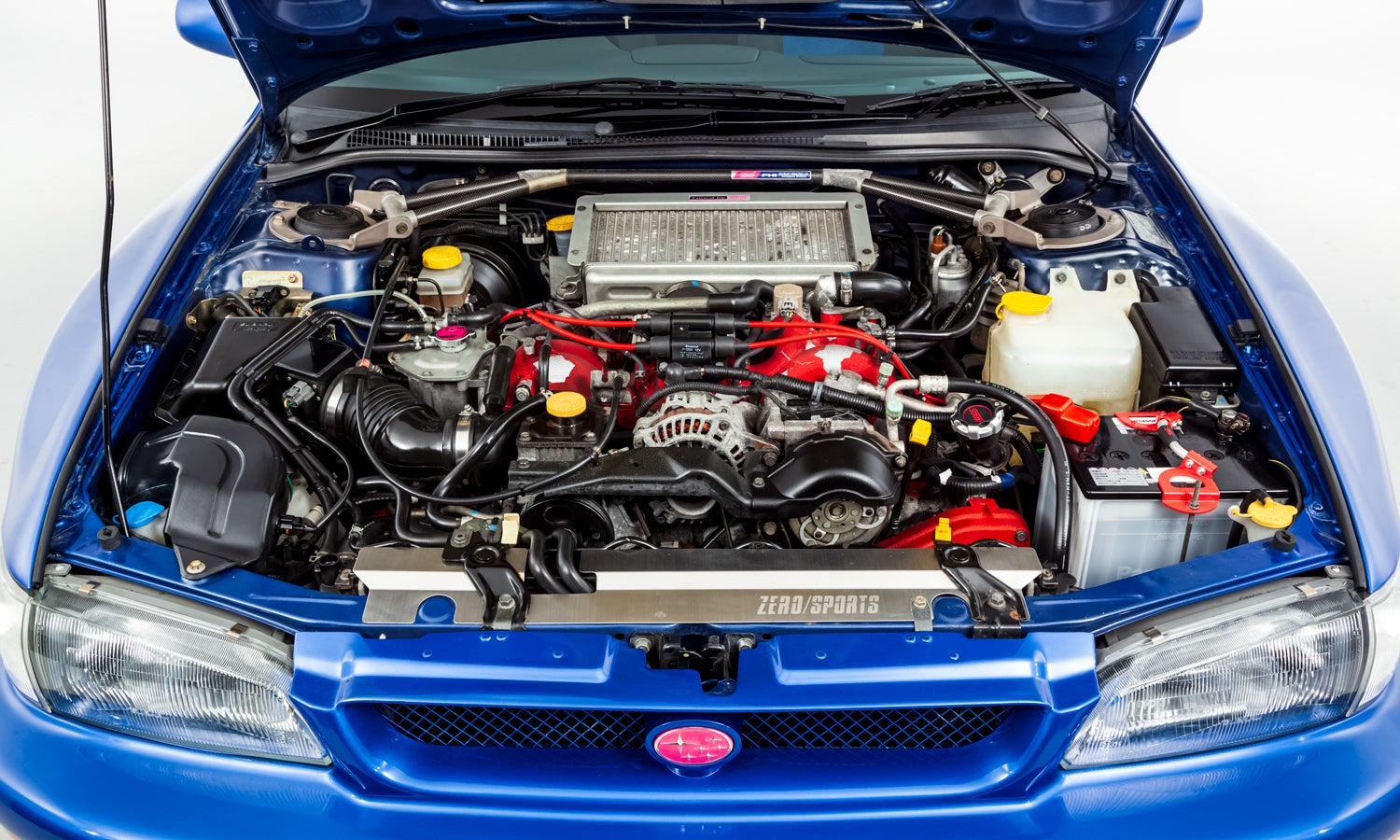 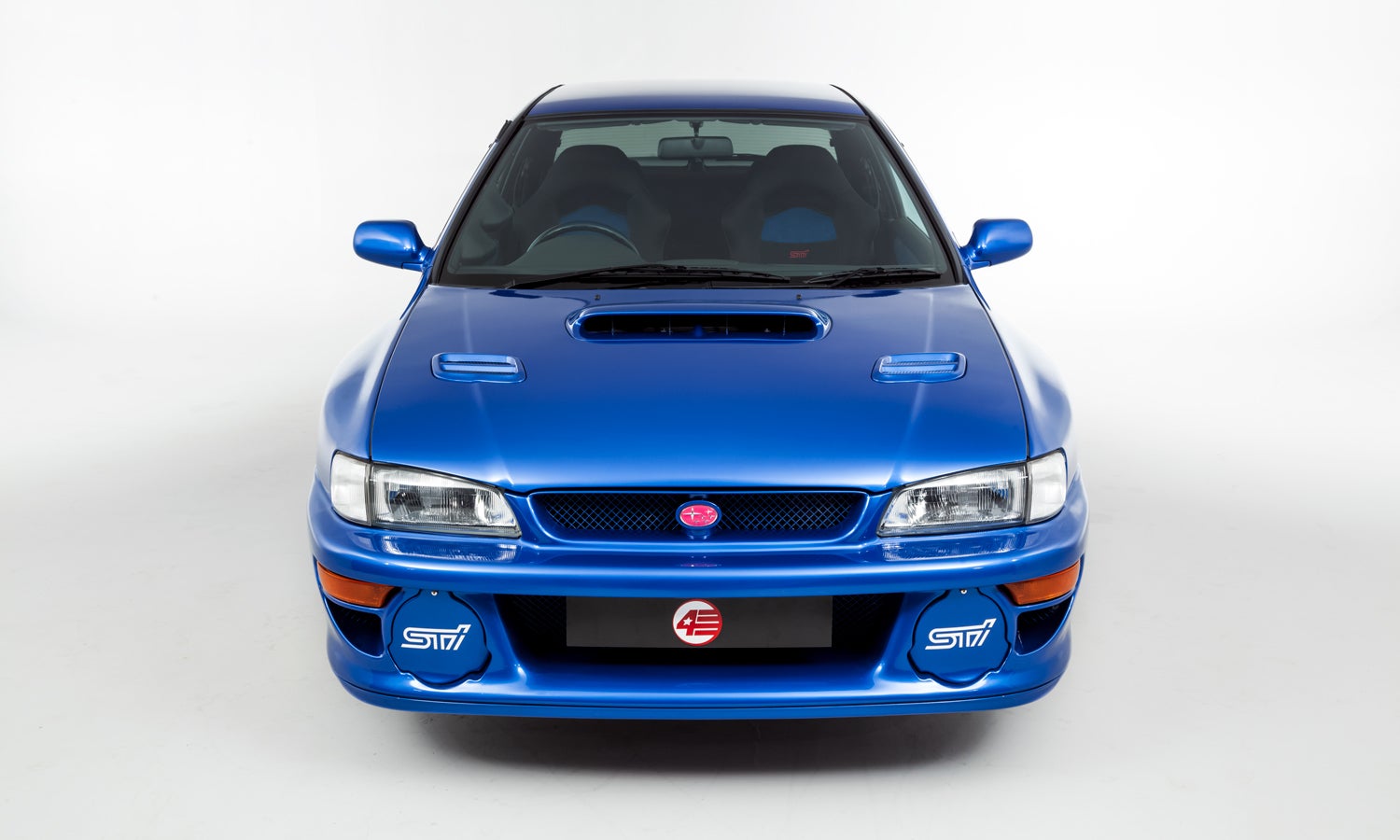 What these modifications meant was that the Impreza 22B STi developed 276 horsepower and 268 pound-feet of torque. That said, the Impreza 22B STi likely made more than that according to rumors from the period of Subaru playing extremely fast and loose with the actual performance specifications. The 2,800-pound Impreza 22B STi could clip 60 mph in just 3.9 seconds on period rubber. Figure faster with today’s tar-like substances.

Bilstein suspension components, enlarged brakes (4-piston calipers front/2-piston calipers rear), larger and lighter wheels, differential lock control module, front and rear strut braces, sticky rubber, and a new twin-disc clutch were added so that the Impreza 22B STi could stick around corners like the brand’s rally car. It also looked the part with a widened track width, flared fenders, WRC-inspired front and rear fenders, and a big ‘ole wing out back completed the look.

The sum total meant that the Impreza 22B STi quickly became a cult-classic. It wasn’t as sought after at the time by supercar fanatics. They still wanted Ferraris and Lamborghinis. But their loss is everyone else’s gain as while the Impreza 22B STis are now expensive compared to their modern descendants, they’re relatively affordable classic performance cars. 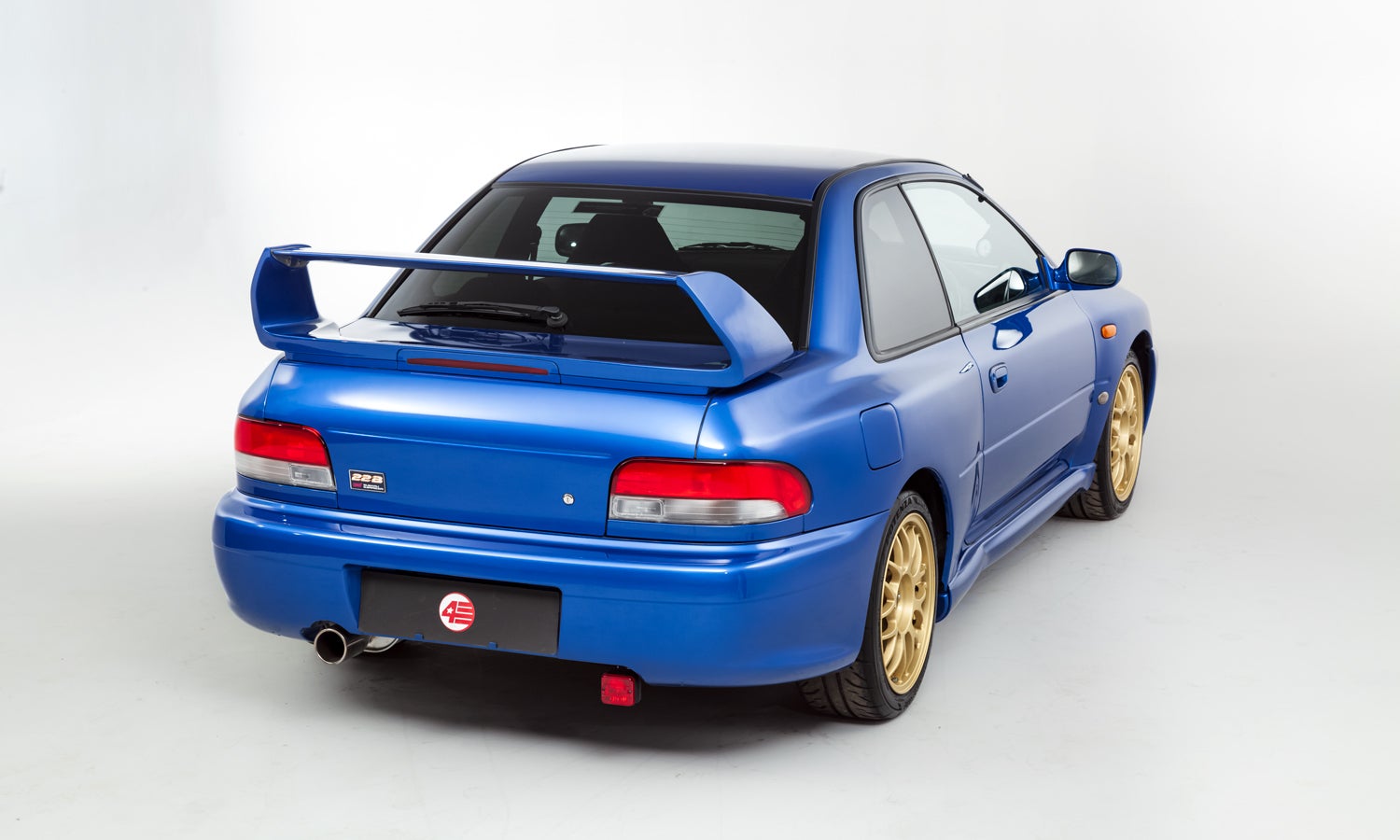 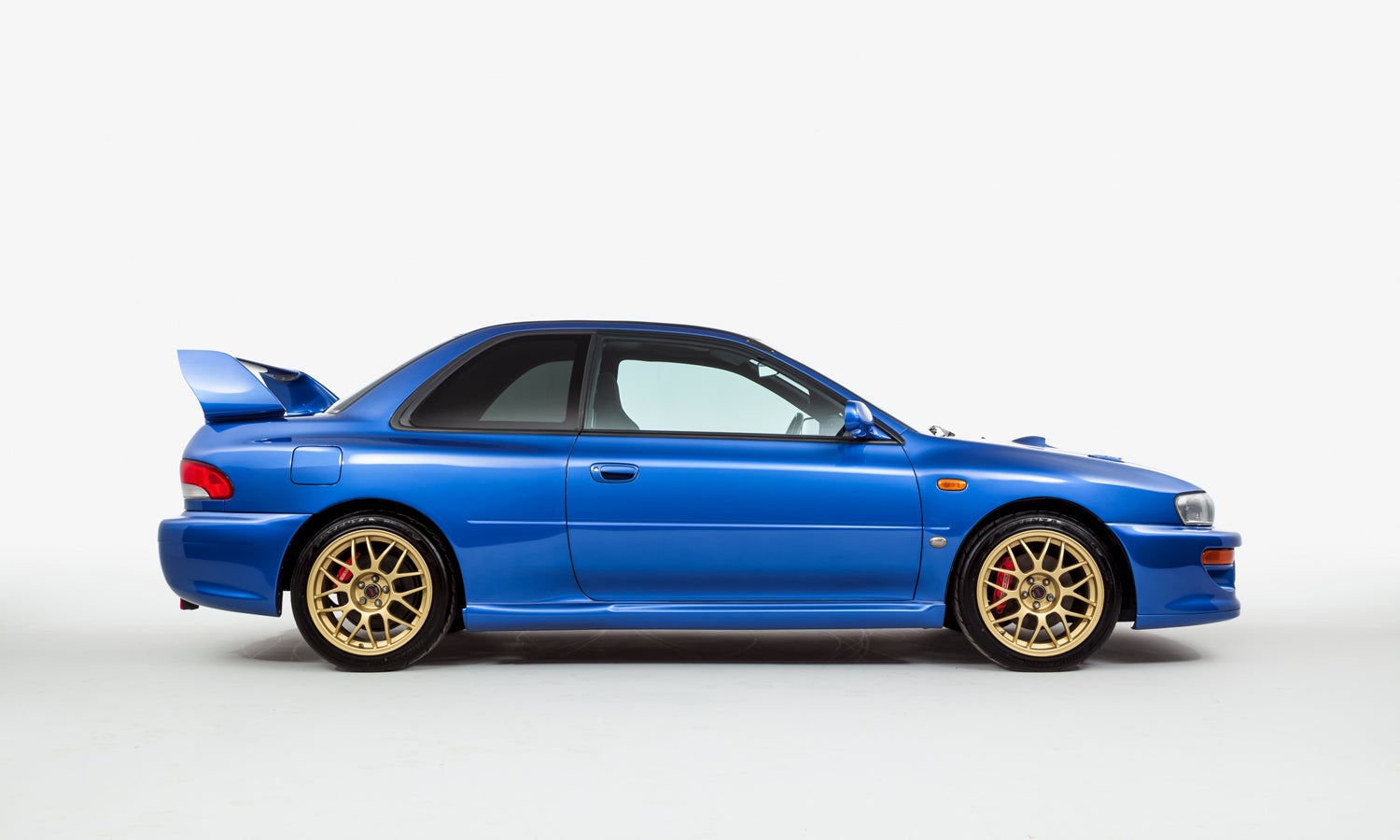 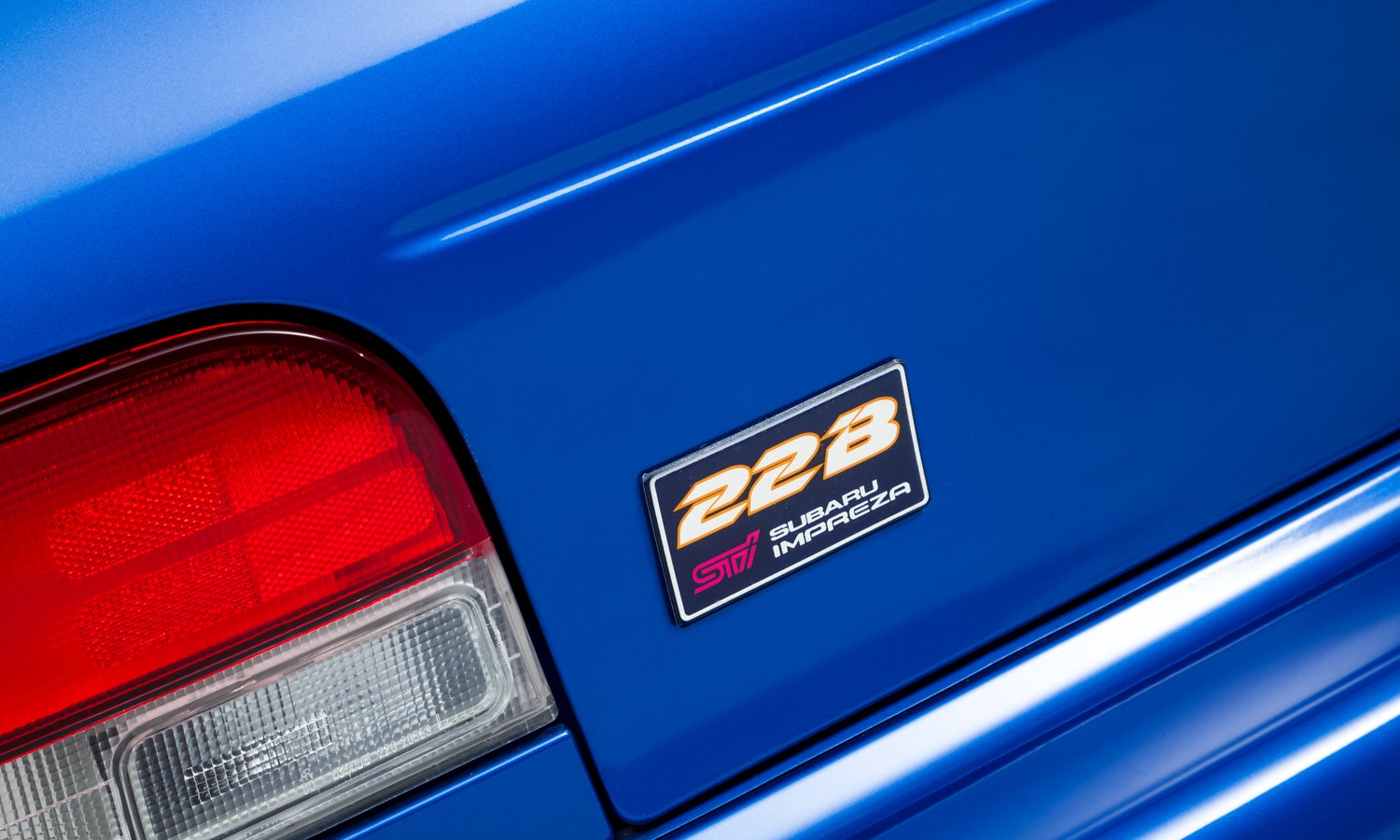 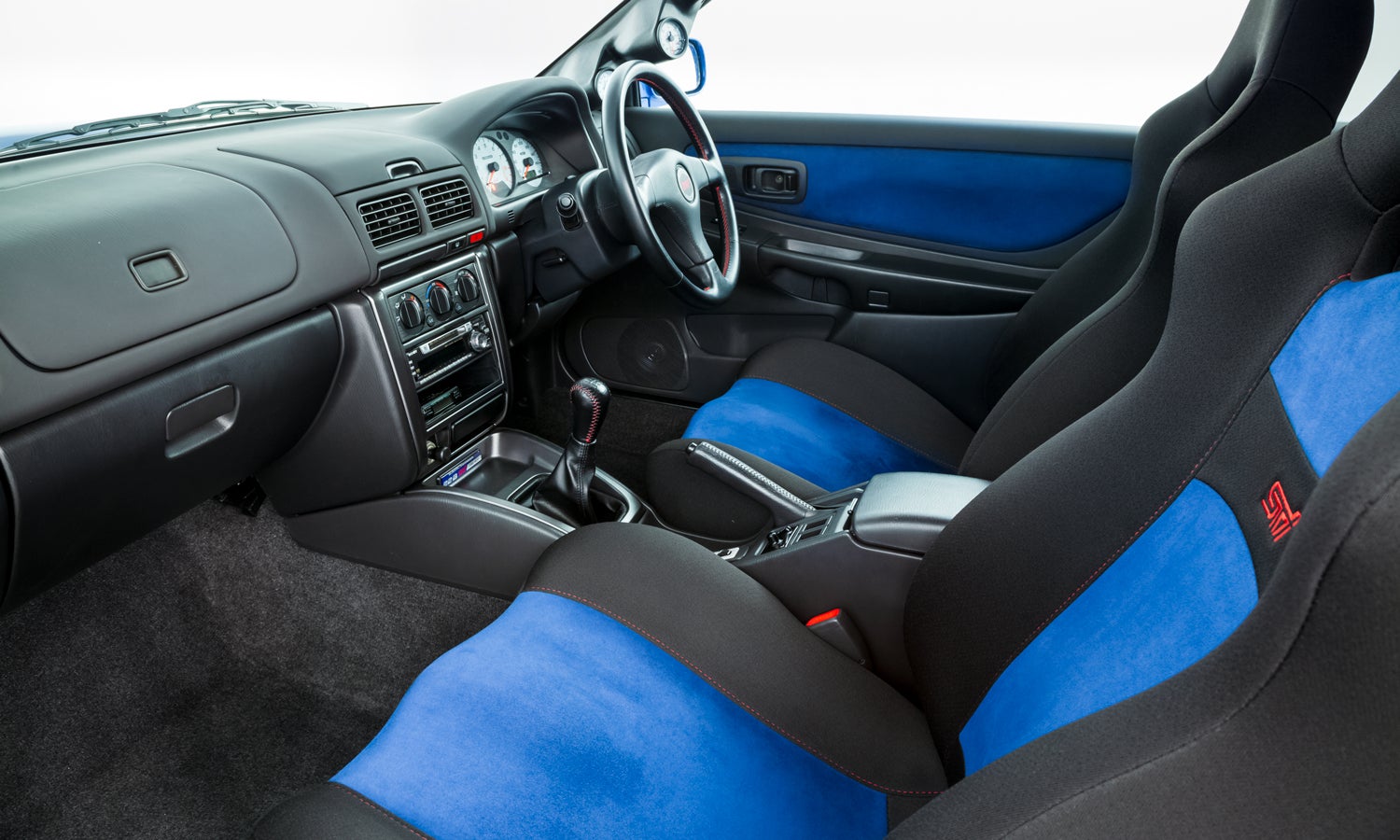 Only 400 numbered Impreza 22B STis were ever built—this being number 196—and now is your chance to not only own a part of Subaru history, but to have one of the most brilliant enthusiast cars ever built. Offered up for sale by 4 Star Classics in the United Kingdom, the 1998 Impreza 22B STi has 25,655 miles on the odometer and comes with a pretty price of $99,995 which makes the new $63,995 Subaru STI S209 look affordable. Since coming to the dealer, the engine has been fully inspected and serviced with a new timing belt change “for the new keeper’s peace of mind.”

According to the site, the car “was first registered in July 1998. It is one of just 400 Japanese-supplied cars and has only recently been imported into the UK by 4 Star. The car has been well maintained from new, as evidenced by the original service booklets and accompanying Japanese paperwork. The original Impreza owner’s manuals are also present, along with the supplementary 22B booklets. There is documentation for the HKS turbo timer and Sony Minidisc player. The car has just been fully serviced and had the timing belt replaced. The inspection report shows a perfectly clean bill of health and the MOT is valid until January 2020.”

For those Subaru fans in the United States, the 1998 Impreza 22B STi is still ineligible to be imported and we’re still three years and change from it being road-legal. That said, so long as the car never graces an American road, there are ways of bringing it into the country and railing on it at your local track day, autocross, or far more historically accurate, rallycross events. And if you do decide to buy it, let us know and we’ll be right over.