The Cleanest, Most Expensive Subaru Impreza 22B That America Still Can’t Import Goes For $370,000 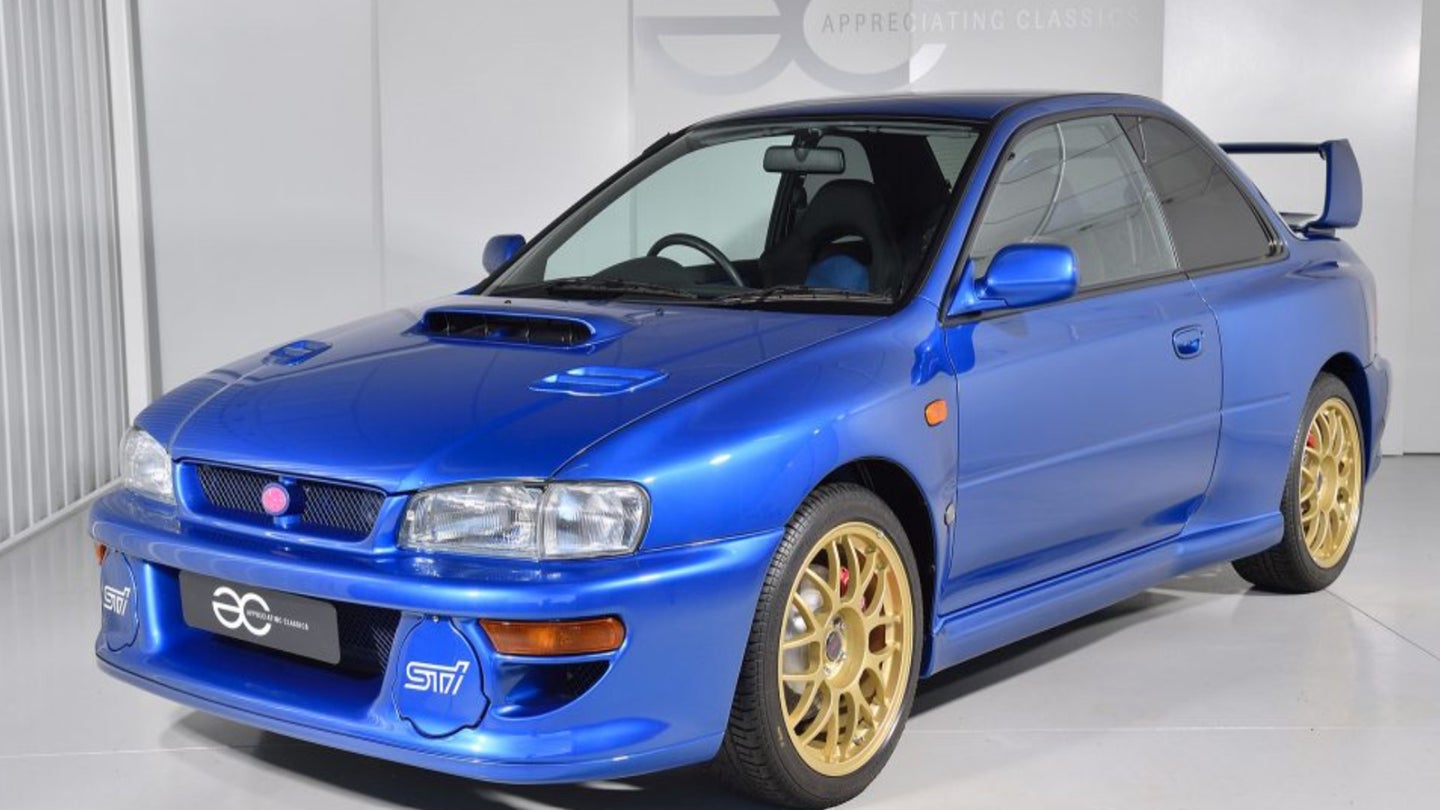 If you happen to have $370,000 burning a hole in your pocket, and happen to not live in the U.S.—or have a good hookup at your local DMV—why not invest in what is possibly the cleanest 1998 Subaru Impreza 22B in the world?

The Impreza 22B, in case you don't know, is a limited edition model created to celebrate Subaru's 40th anniversary, and its third consecutive WRC championship. The 22B featured a wide body-kit, 17-inch gold-painted wheels wrapped in Pirelli P Zero tires, STi brakes, and an electronically adjustable center differential with all-wheel drive.

The car is currently listed on Appreciating-Classics.com, with a full break down over this rad time-capsule. It was purchased new in 1998 and imported from Japan to the UK, and has only been owned by one family. The 22B was driven just 271 miles before going into storage, and was regularly started to keep internal fluids circulating in its 280 horsepower, 2.2-liter turbocharged boxer heart.

The back seat still has its factory plastic cover, spotless original floor mats, 'P-Zero' decals are on the original set of Pirelli tires, and the headlamps still wear paper stickers. In order to prepare the car for resale, Appreciating Classics had to give the Subaru a full-major service.

They replaced all fluids and filters along with the original cambelt, pulleys, and water pump, using genuine replacement parts. All the parts that were replaced are included with the car. The listing says the Subaru 22B still has it's circa 1998 new car smell when you open the door. There is some minor corrosion on the Subaru's running gear where you'd expect on a car that's been stored for so long, but nothing that would affect the car's drivability. Or its value, apparently.

What kind of willpower does it take to own a car like this for 22 years and not succumb to hooning temptations? The real kicker is that anyone in the United States who wants to buy this car will have to wait until 2023 to legally import it thanks to the buzz-killing 25-year rule. For now, have at it, Canada.