Swiss Near-Miss Collisions Between Drones and Aircraft on the Rise

The Swiss have seen a disconcerting increase in irresponsible drone use and UAV registration could soon be introduced. 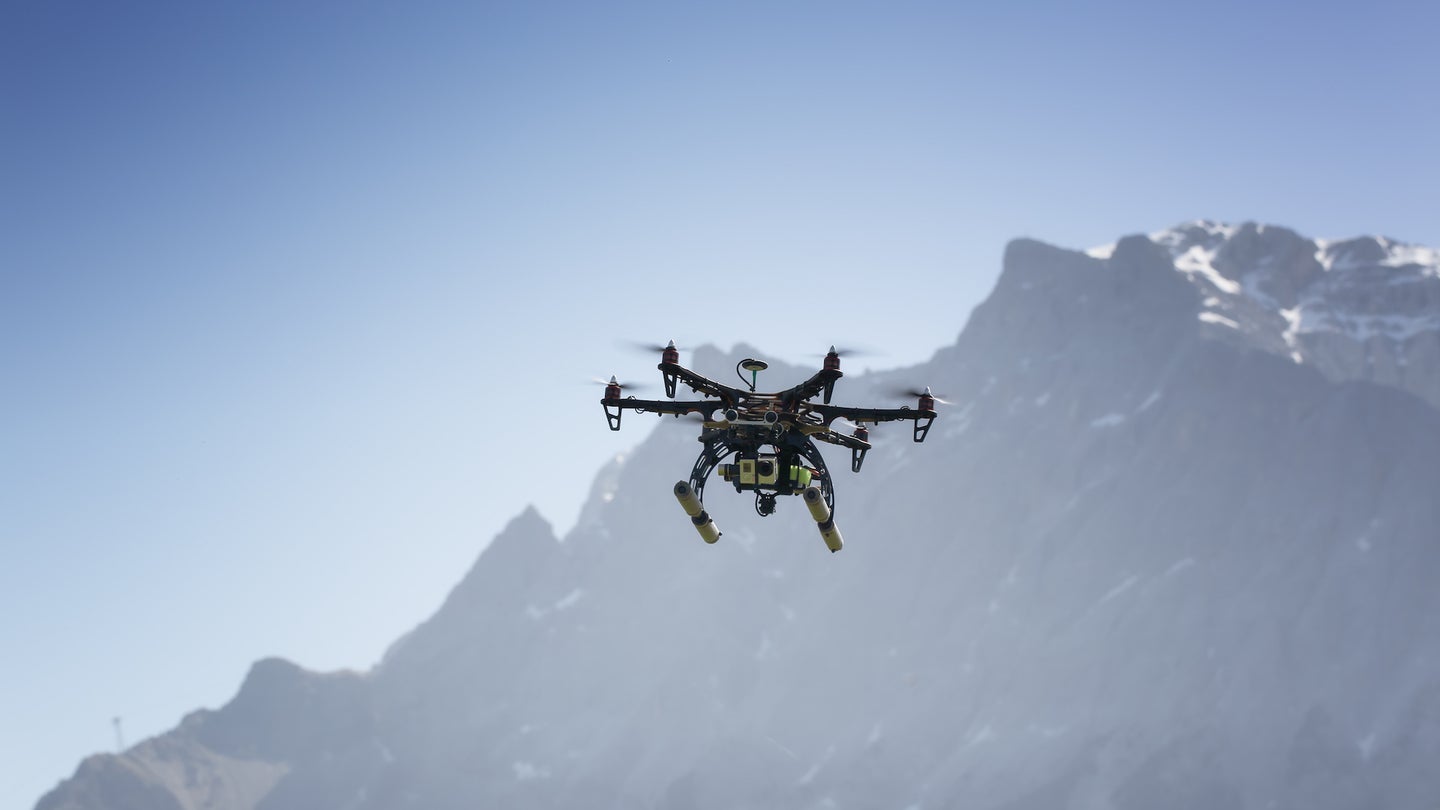 According to Swiss Info, there are an estimated 100,000 hobby drones in Switzerland, with the country’s Federal Office of Civil Aviation (FOCA) claiming 85 reports of near-misses between drones and conventional aircraft in 2017. That number is nearly twice as high as the previous year’s figure of 48. Last year, a drone’s near-miss with an Airbus A330 at Zurich Airport sparked concern for inefficient unamanned aerial vehicle regulation. Last month’s near-miss with yet another airplane thoroughly solidified that concern.g

While the country has yet to introduce mandatory drone registration for vehicles weighing under 66 pounds (30 kilograms), lawmakers certainly seem ready to impose the regulation sooner rather than later. The incentive for FOCA to reassess Swiss drone laws was only bolstered when a small drone crashed into a helicopter this past May.

“This resulted in damages amounting to tens of thousands of Swiss francs,” said FOCA’s Urs Holderegger. “This could have consequences for drone pilots. The question arises: will the insurance pay for this?”

Swiss law prohibits drone users from piloting their UAVs beyond the visual line-of-sight (BVLOS) or within 3.1 miles (5 kilometers) of airports. Swiss law also states that disrupting federal aviation can result in a fine, or a maximum of three years in prison. For the pilot who recently flew his drone over Ticino’s Verzasca Dam, a structure cinematically immortalized by the opening stunt in 1995’s GoldenEye, that means at least two potential charges which are now being investigated by local police.

Fortunately for FOCA, as well as all Swiss airplane and helicopter pilots, the statistics of irresponsible drone use have slowed down this year. Holderegger’s hope is that this means dramatically fewer near-misses with conventional aircraft. Holderegger added, however, that the substantial decrease in drone misuse could simply be a result of the unusually bad weather the country’s seen this year. For the sake of airspace safety, and the reputation of responsible drone users worldwide, we hope that decrease continues on its downward trajectory.

While this Swede wasn’t pleased about finding a peeping camera-drone outside her window, the police deem the incident as non-abusive and legal.