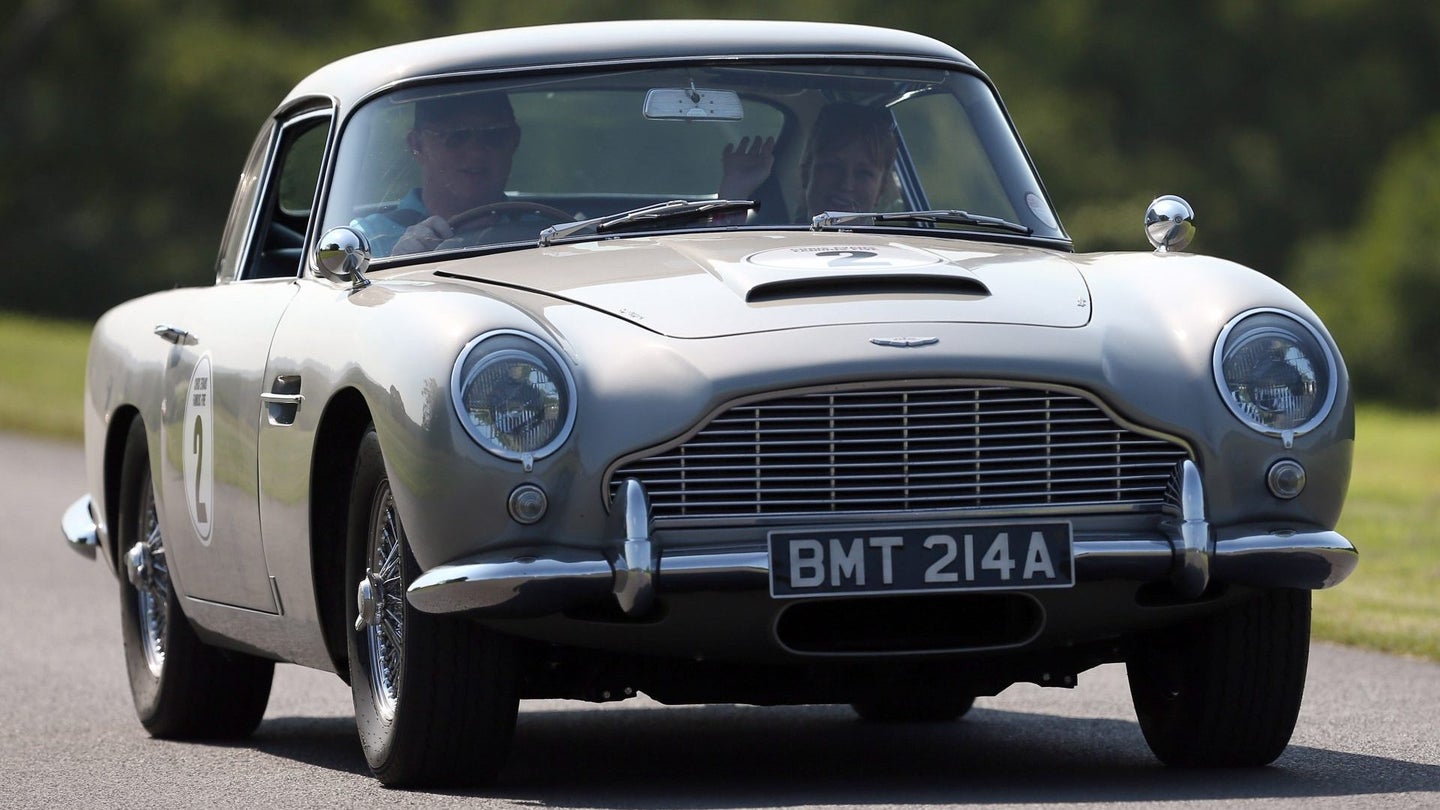 The Aston Martin DB5 driven by Pierce Brosnan in 1995's GoldenEye will be auctioned by Bonhams at this year's Goodwood Festival of Speed, on July 13.

Sean Connery's Bond originally made the DB5 famous in 1964's Goldfinger. It was one of the films to give the franchise lift in a decade that enjoyed no shortage of espionage films and television shows. The DB5 would later reprise its role in Thunderball and sister cars would show up in the Daniel Craig films occasionally. The car going to auction appeared solely in the Brosnan film GoldenEye.

This DB5, according to Bonhams, was purchased by its current caretaker in 2001. At the time of its purchase it was the most expensive Bond memorabilia item ever sold, later to be surpassed by the original star car of Goldfinger in 2010, which went for 2.6 million pounds ($4.1 million at the time) according to The Guardian. Though its limelight was not as significant as the Goldfinger car, the Goldeneye DB5 is projected by Bonhams to reach bids of up to 1.6 million pounds ($2.1 million).

Bonhams caught The Drive's attention earlier this month when it auctioned off the McLaren Formula 1 car used by racing legend Ayrton Senna to win his final Monaco Grand Prix for $5 million to none other than Bernie Ecclestone, the former rights holder of the sport.

This year's Goodwood Festival of Speed will be held July 12-15, and the DB5 will be sold on the July 13. We're sure the buyer will prefer their martinis shaken, not stirred.

Roger Moore drove a Volvo P1800 as Simon Templar in The Saint long before he got behind the wheel of a Lotus or Citroën as James Bond.