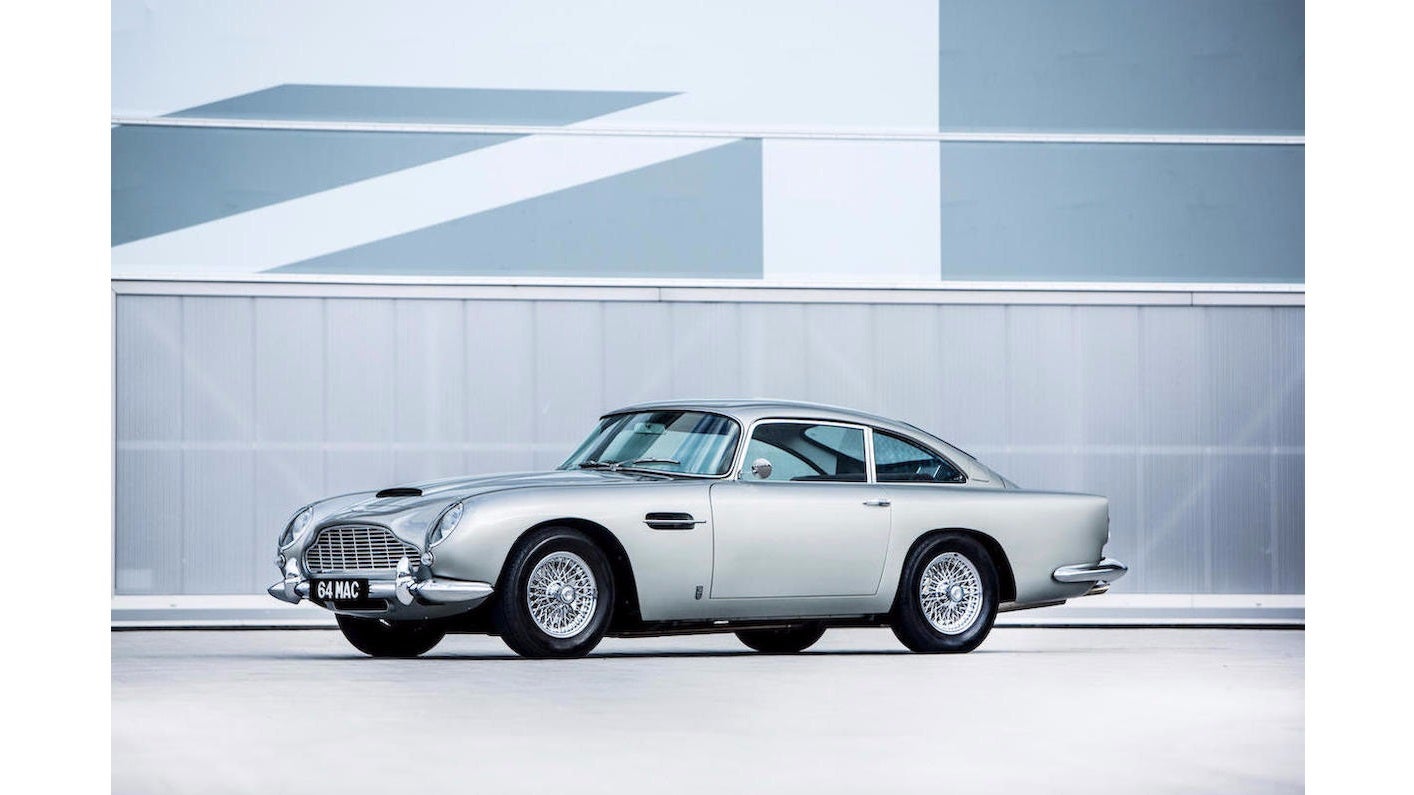 One of the most British cars to ever go up for sale will be auctioned at Bonhams in London, England on Dec. 2. It’s a 1964 Aston Martin DB5 that was purchased new by iconic Beatles frontman Sir Paul McCartney. Incidentally, this particular Aston was also owned by slightly less-iconic Brit Chris Harris, one of the hosts of /DRIVE on NBC Sports.

The Aston Martin DB5 achieved its status as one of England’s most famous sports cars by being the most recognizable James Bond car. The DB5 is a cinematic icon just as much as it’s an automotive one. Agent 007 first drove a DB5 in the 1964 film “Goldfinger” with DB5s appearing with varying degrees of prominence in several Bond films that followed.

According to the Bonhams listing, McCartney ordered this Aston after famously appearing with The Beatles on the Ed Sullivan Show and wrapping up production of the “Hard Day’s Night” film. McCarney actually drove this car quite a bit, putting more than 40,000 miles on it before selling it in 1970. That’s surprising considering Paul McCartney was a very busy man in the 1960s.

The car has been restored a few times with the most recent restoration started in 2012 and just wrapped up this year. The folks who most recently restored the Aston apparently couldn’t help themselves and painted it in Silver Birch like James Bond’s DB5. It’s hard to blame them. The latest restoration also brought a dark red interior to the car. There’s stitching on the back seat commemorating the fact that it was Paul McCartney’s, with the same inscription inside the glove compartment.

The most recent restoration was much more than cosmetic. The DOHC inline-six engine, which is still original, had its displacement increased from the original 4.0 liters up to 4.2 liters while also increasing the compression. This upgrade gives the engine a modest performance boost from 282 horsepower up to 315 hp and brings the torque from 280 pound-feet to 305 pound-feet.

Paul McCartney’s DB5 might be a little cooler if it had its original specifications, but this is still a significant piece of automotive and music history, nonetheless. Bonham’s predicts a hammer price of somewhere between $1.6 million to $2 million, which actually sounds kind of low considering a concourse-level DB5 is valued at $1.4 million by Hagerty. Does Paul McCartney’s ownership really only add a measly $200,000 to this Aston’s value?

Because checks are just so passé.

Sony’s A.I. Bots Wrote Us a Beatles Song About Driving