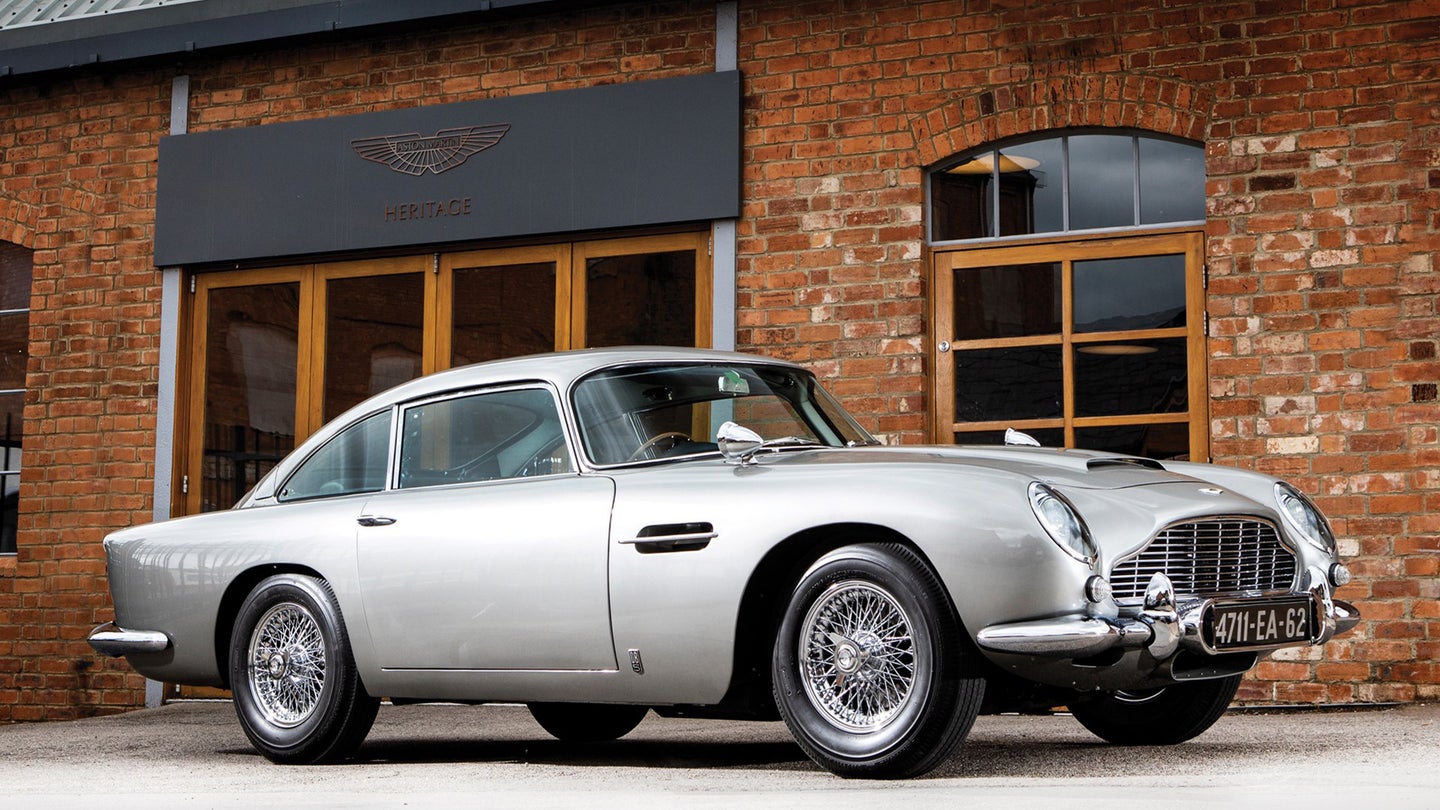 The world's most famous spy had the hots for hard liquors and hard-to-get women, but if there was one commodity that James Bond was notorious for flaunting, it was his Q Branch issued fleet of flashy cars that fine-tuned his playboy persona. Soon, you too can own a piece of automotive espionage, as one of the most famous cars of all time is headed for auction this fall: 007's 1965 Aston Martin DB5.

While the work of Ian Fleming was fiction, the Hollywood story kept true to Fleming's portrayal of Bond, especially his love of expensive cars. Needless to say, this unique example is even more special, since it's the one car that's typically associated with the super secret agent.

This particular unit is not a modern recreation. It's one of four cars purchased by Eon studios following the launch of the third Bond film, Goldfinger. Under its three caretakers, the DB5 has since been restored back to silver screen specifications by the restoration experts at Roos Engineering, a shop which is one of just 13 Aston Martin Heritage Specialists around the world. And in typical Bond fashion, the restoration also included fully functional special effects gadgetry.

In the movie, Q equipped Bond's car with battering rams, a retractable bulletproof rear screen, revolving license plates, dual .30-caliber Browning machines guns, a smokescreen, and various other dubious apparatuses that we expect to be harmless on the road. Q also mentions that the DB5 is equipped with an ejector seat, something which he definitely wasn't joking about. While the Aston still has the shifter-mounted button, there's no word on if the seat actually has the equipment in place, so keep your passengers on edge just in case.

While the DB5 wasn't the first car that was used to accomplish Her Majesty's bidding, it's often still viewed by fans as the first true Bond car. During the spy's debut film, Dr. No, Bond drove a Sunbeam Alpine, and in From Russia With Love, he piloted a 1935 Bentley 3.5 Liter. But the Aston was much more aligned with Bond's elegant-yet-sporty personality. In a way, the pair were seemingly meant for each other.

When Auric Goldfinger famously said that man had "achieved miracles in every field of human endeavor," we'd like to think that he was specifically referencing Bond's stunning Aston Martin DB5, because this car is absolute retro perfection.

Current estimates place the world's most famous car at a hammer price between $4 and $6 million.