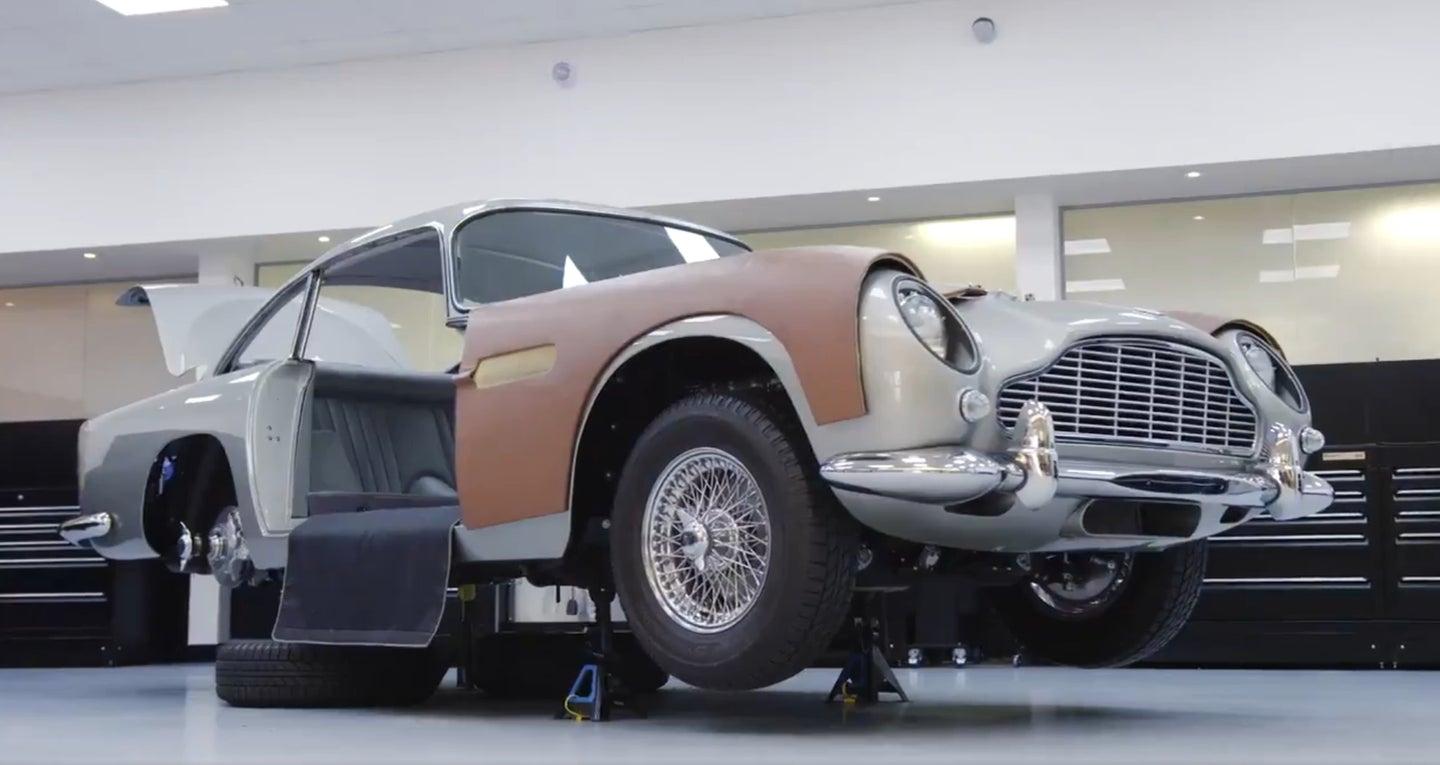 James Bond’s Aston Martin DB5 is arguably Hollywood’s most iconic movie car. It’s so iconic, in fact, that Aston Martin decided to remake 25 continuation models replicating the car that Sean Connery drove in the 1964 film Goldfinger. Last August, Aston Martin announced it would be recreating the world’s most famous DB5 in limited quantities for the most diehard of 007 fans. The price was set at a cool $3.5 million each and, now, production has commenced.

The cars aren’t just immobile props either. They’re fully functioning, completely running vehicles based on the original model from 1964. But furthermore, they also come with all the gadgets that the Q branch added to the car for Bond to use.

Obviously, the tribute cars won’t actually fire bullets from behind its front turn signals or spray an oil slick from behind the rear taillights like they did in the silver-screen blockbuster. But rather, they’re simulated with lights and other special effects to mimic their original actions from the movie.

“The guns appearing from the front lights were a particular challenge as, in the film world, we are able to use flammable gas mixtures combined with an ignition system to produce a flame and noise effect,” Corbould shared in a statement. “Clearly this is not practical in untrained hands, so we have devised a new system to achieve a realistic effect.”

On the inside, there will also be a replica of the original phone meant to communicate with MI6 back in London, a mockup of the radar screen Bond used to track Goldfinger in his Rolls-Royce, and the tray designed specifically to fit Bond’s Walther PPK under the leather seats. Sadly, the ejector seat isn’t in the mix, in the event a customer was saving it for the annoying in-law.

There’s no twin-turbo V8 from the Vantage to ruin the authenticity of the DB5, either. Rather, Aston dusted off its blueprints from 1964 to remanufacture the DB5’s 282-horsepower, 4.0-liter straight-six, though we’d guess it’s been slightly updated to meet the improved manufacturing standards of today.

Unfortunately, because the cars are being made to their original spec as authentic reproductions, Aston Martin said they’re unlikely to be roadworthy in most countries since they’ll be a far cry from meeting any modern safety or emissions regulations.

Aston Martin plans to begin deliveries of the continuation DB5s beginning in 2020 with almost all 25 models already spoken for. Group buy, anyone?