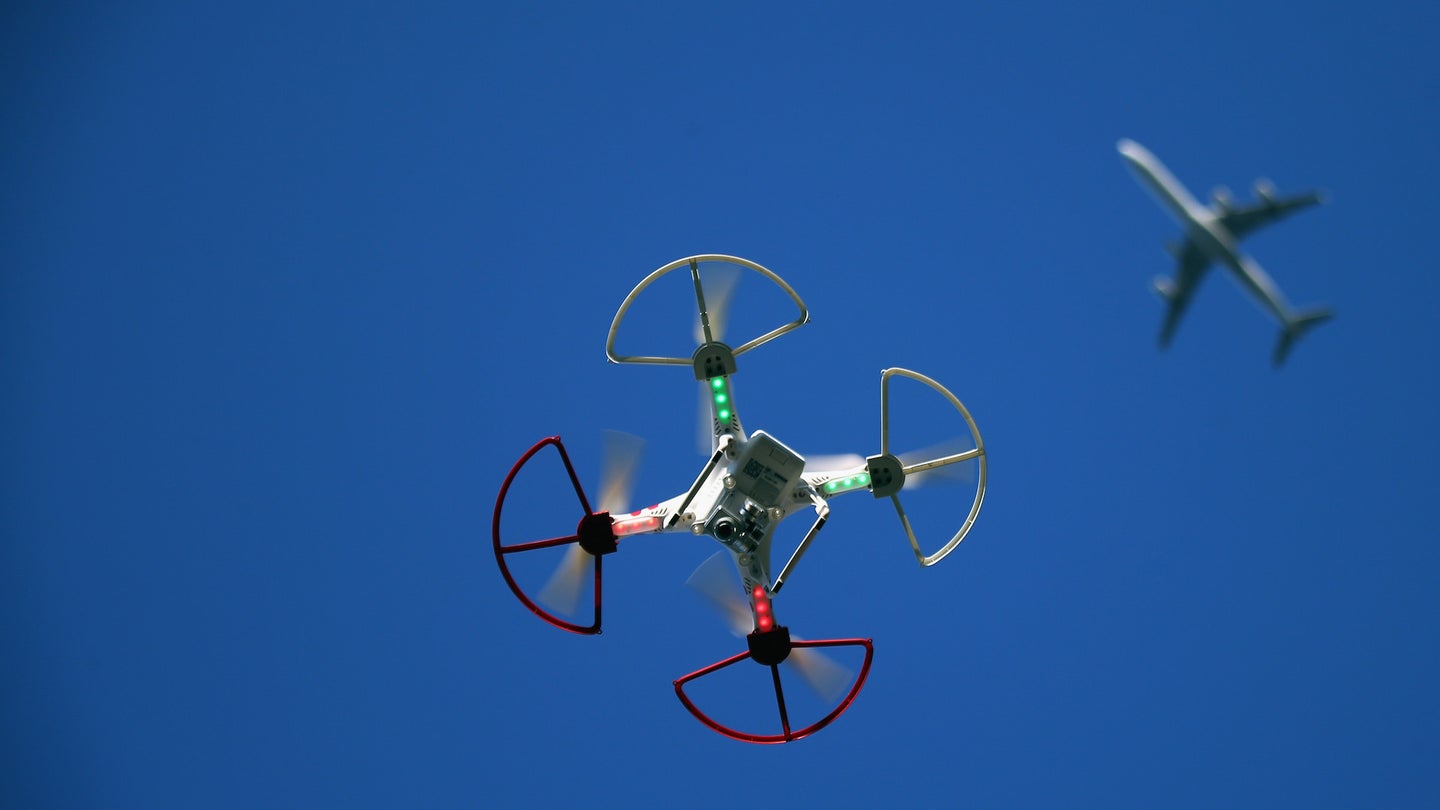 Two near-misses between recreational drones and commercial aircraft descending at the Ports of Jersey Airport in the Channel Islands have sparked renewed concerns for regional drone laws and the potential for disaster, according to The Jersey Evening Post.

Ports of Jersey Airport claim they’ve reported 20 incidents revolving around irresponsible or illegal drone use to the police in the past three years. The most recent incidents, one involving a commercial airliner and the other a large corporate jet, saw drones flying a mere few hundred meters from the planes as they descended onto the runway.

While airport officials are urging residents to adhere to the regional safety laws and drone regulations which staunchly prohibit any unmanned aerial vehicle piloting within two miles of the airport, some are calling for a more refined registration process which could result in more direct identification and consequent punishment for this kind of activity. While local laws state any incursion on no-fly zones could result in a $2,625 (2,000 pounds) fine or lengthy drone ban, aerial photographer Marc Le Cornu suggests mandatory registration could force awareness and much-needed transparency.

“There is a strict layer of regulation that everyone should be following,” said Le Cornu, who runs aerial photography company Bam Perspectives. “If everyone sticks to the rules then the skies should be safe. A registration process would be a good thing. If when somebody buys a drone they have to sign an acknowledgment of the law and do a short safety test then that should create more understanding about the laws.”

While a basic refresher of regional drone laws upon purchasing a UAV is admittedly a step in the right direction, irresponsible drone use is simply an unfortunate reality everywhere. Realistically, a complete eradication of illegal piloting isn’t feasible, and it seems as though the proverbial stick is just as effective as the carrot. For Ports of Jersey Airport director Stephen Driscoll, at least, seeking justice through local law enforcement, in addition to educating the public, is an unequivocal necessity.

“It is an offense to fly a drone within two nautical miles of the Airport or higher than 400 feet without prior permission from Jersey’s Air Traffic Control,” said Driscoll. “Both of these near misses have been reported to the Civil Aviation Authority, the director of civil aviation and the police, who are investigating. While it is not known if the intrusion was deliberate, drone users should be aware of the potential catastrophic impact as a result of their inappropriate actions.”

Driscoll recently took part in a U.K. workshop focused on flight safety legislation, in the wake of substantial increases in near-misses between drones and aircraft in Great Britain. While the number of these potentially disastrous incidents was lower than expected in Germany, both the U.K. and Switzerland have seen disconcerting results during the last few years. Halfway across the world, New Zealand airline officials have called for harsher penalties for those aerially jeopardizing aircraft safety, as well. It isn’t that these officials are staunchly against drones themselves, or the vast benefits resulting from their affordability and technological sophistication. They merely want to protect the vital integrity of their airports. Remember, an aircraft colliding with a drone is far more dangerous than hitting a bird.

“The benefits attached to using drone technology are clear and at times can provide valuable assistance to the work of blue-light services,” said Chief Inspector Mark Coxhall. “Equally though, the clear risks associated with drones outside of the law and guidance offered by our partners, Ports of Jersey, can be a serious matter. Anything that could compromise the safety of the public will always attract our attention and working closely with partners we hope to avoid such eventualities.”

In short: don’t pilot your drone near an airport, regardless of what you call home. While the specific regulations regarding distance and no-fly zones may differ from region to region, common sense should indicate that even the slightest risk of interfering with aircraft transporting passengers should be avoided at all costs. Educate yourself about the local laws, and adhere to them. While a fine and potential prison time should be enough to deter irresponsible users, the possibility of putting other people’s lives in real danger could result in such irrevocable damage, nobody should want that on their conscience. Stay safe. Fly responsibly.

Swiss Near-Miss Collisions Between Drones and Aircraft on the Rise

The Swiss have seen a disconcerting increase in irresponsible drone use and UAV registration could soon be introduced.