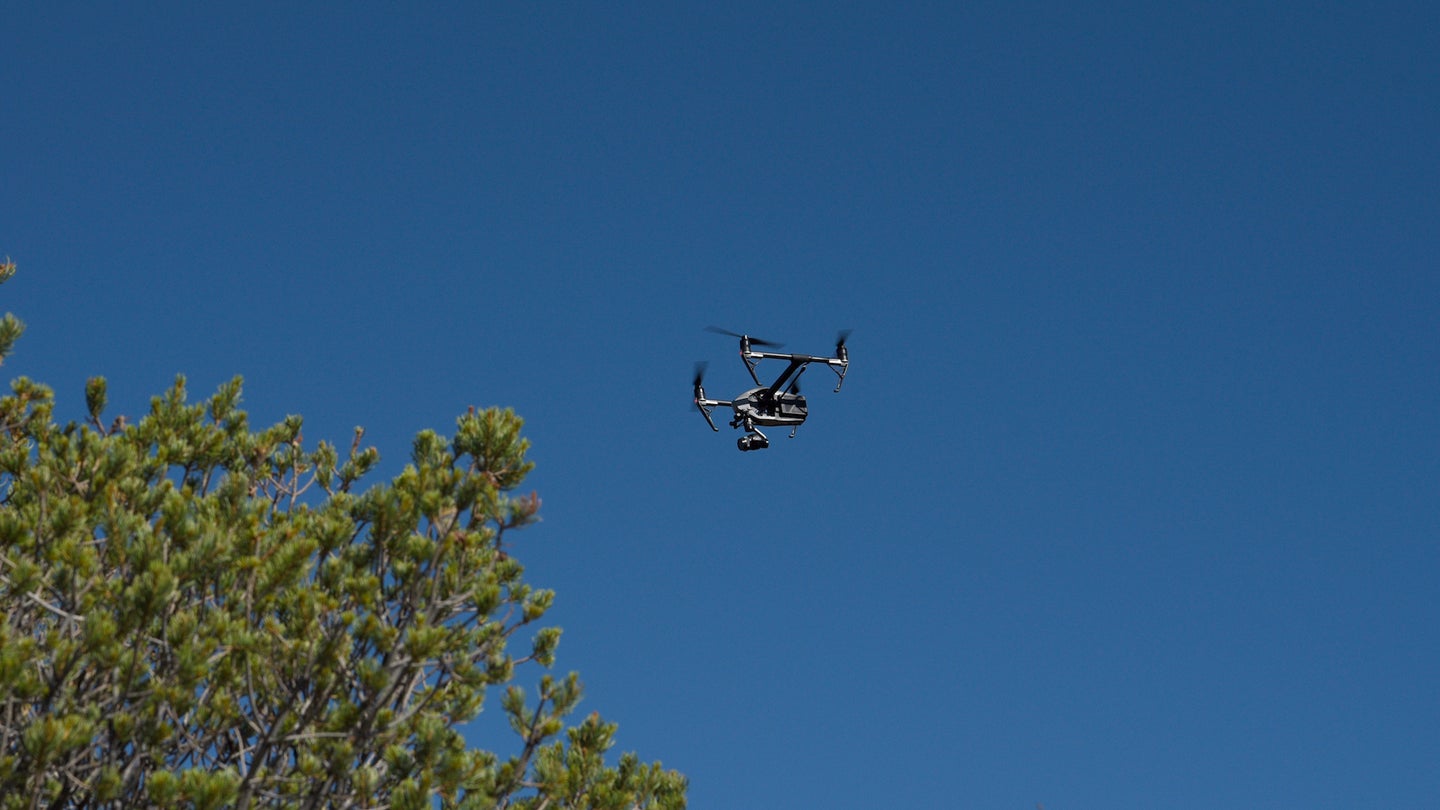 Dauphin County in Harrisburg, Pennsylvania has been using a $15,000 six-rotor camera-drone since April, in 13 investigations spanning from search and rescues to armed standoffs and supporting local firefighters to more effectively do their job. According to ABC News 27, however, not everyone is as pleased or enthusiastic about local law enforcement garnering easy access to aerial views of the community and people’s private property.

Dauphin County Commissioner Jeff Haste is adamant that the night-vision and thermal imaging-capable camera drone is like any other tool that law enforcement would exclusively use for the safety and protection of officers and citizens alike.

“Our real concern started out for the safety of our own employees and safety of others in neighboring houses where an operation is going on, to protect law enforcement, to have an eye in the sky,” said Haste. “This is not going to be used in any way for spying operations or surveillance operations. It’s not going to be sent out there just to keep an eye on people.”

The issue isn’t whether or not law enforcement is benevolent or nefarious, but rather, how standardizing this modern aerial tool can set potentially dangerous precedents for the future. We’ve previously covered the ACLU’s concerns regarding camera drone surveillance at Trump protests, as facial recognition software and the amassed data could feasibly be used to single out individuals and endanger their public safety. For ACLU Pennsylvania spokesperson Andy Hoover, Commissioner Haste’s statements are appreciated, but not enough.

“That needs to be in writing,” said Hoover in reference to Haste’s claims. “The county needs to be transparent about how they’re going to use this. The people of Dauphin County need some assurance that this technology will not be used for mass surveillance. It’s a small aircraft with a camera that can fly over the county at any time.”

Hoover’s worries are entirely warranted, and seemingly rooted in a logical assessment of historical escalations of power, which should always be at the forefront of our national discussion when new technologies provide those who govern over us with highly advanced capabilities. Commissioner Haste, however, said any collected footage would remain in the custody of whichever agency requested a drone mission, just as ground-based evidence like a glove or weapon would be.

“They would have custody of that

as they would any other evidence,” he said. “It’ll be treated like any other evidence. There’s nothing to be fearful of unless you’re the bad guy.” Unfortunately, the latter statement seems founded in the same kind of rhetoric that mass governmental surveillance isn’t a concern if you’re not doing or saying anything illegal. That, of course, is a misguided reading of what constitutes privacy, civil liberties, and personal freedoms.

Dauphin County officials are seemingly eager to utilize drones as a practical and effective way to do their jobs, but it’s important to retain a sense of rational skepticism and awareness when handing over additional power to the law. As it stands, a healthy discussion regarding drones between citizens, civil liberties groups, and law enforcement seems to be in full swing, and that’s something to be grateful for.

The Native American tribe is using drones to refill pig traps in an attempt to curb the annual $2 billion in damages.